Panasonic denies the ’13 million battery cell per day’ production at Tesla Gigafactory Nevada disclosed in a new inside look at the factory.

Yesterday, we reported on the science channel having access to Tesla’s Gigafactory Nevada for their new show ‘Super Factories’ – giving us a rare new look inside the plant.

As we stated, there were several little annoying inconsistencies in the show, but it did have new footage from inside the factory as Tesla apparently opened the doors and even gave rare access to Tesla executives to be interviewed.

The only new piece of information that was disclosed in the show was that the factory produces “13 million individual battery cells per day.”

But now Panasonic, who is behind battery cell production at the factory, told Electrek that the information shared by the science channel is not accurate.

The most recently disclosed production capacity was 54 GWh of battery cells per year at Gigafactory Nevada.

In terms of individual cells per day, it would add up to roughly 8 million battery cells.

Well, it’s official now, that was the worst documentary segment in history.

I don’t know what happened. They clearly got access to Tesla. They had new footage of the plant and interviews with Tesla employees, including Chris Lister, who is the number one guy at Gigafactory Nevada.

But it doesn’t look like Panasonic was involved. I don’t even think the company was mentioned once in the segment despite their major involvement at the factory.

It’s not clear if Tesla told them the wrong figure or if the show screwed it up in some way, but I wouldn’t be surprised by the latter considering other mistakes like showing a Model S while talking about the Model 3.

Either way, now I really want to know the battery production capacity at Gigafactory Nevada.

The good news is that it’s definitely higher than what Tesla originally planned for 2020 back in 2013: 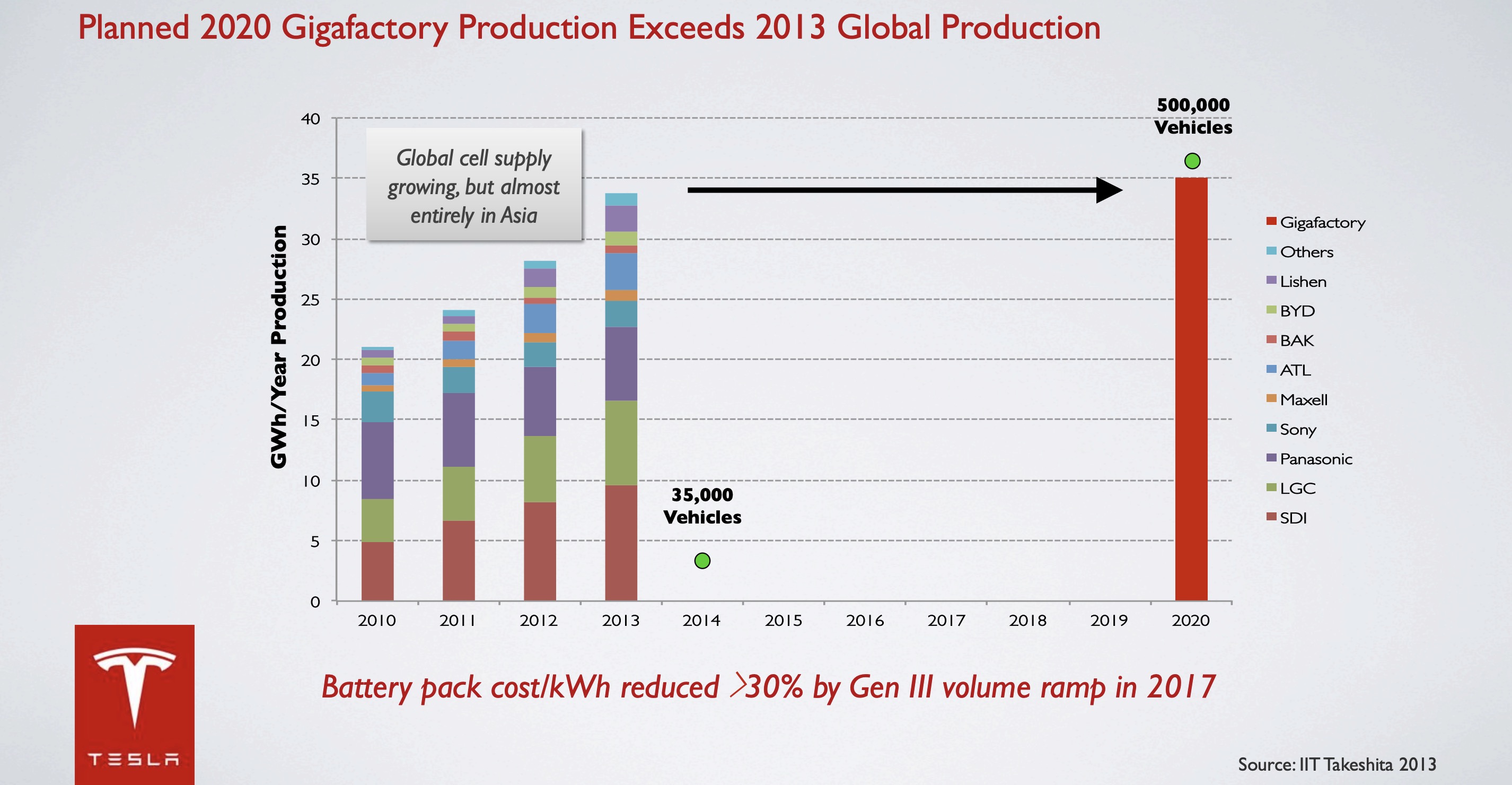 The question is how much higher? 60 GWh? I don’t know.