The Ariel Rider D-Class Scrambler electric bike is one of the most powerful, thrilling e-bikes I’ve ridden in a long time. And the fact that it has a fresh mini-bike look only adds to the charm.

On the spectrum of e-bikes that spans from nearly-pedal bikes on one end to almost-motorcycles on the other, the Ariel Rider D-Class is definitely on the motorcycle end.

But that doesn’t mean it isn’t capable of pedal-assist or even being reasonably comfortable while pedaling. Pedal-assist is absolutely doable on this monster of an e-bike.

To see the D-Class in action, check out my review video below.

Then read on for all the details about this high-powered e-bike.

The Ariel Rider D-Class finds itself in this odd overlap between electric bikes, mopeds, and minibikes. It sports a mini-bike frame, has speeds closer to an electric moped, but is actually pedal-able like an e-bike.

However, the power of the Ariel Rider D-Class pretty much sets it apart from any other e-bike out there.

It’s hard for me to convey to you how powerful this thing is. However much power you think it has, add some more. This e-bike is ridiculous. 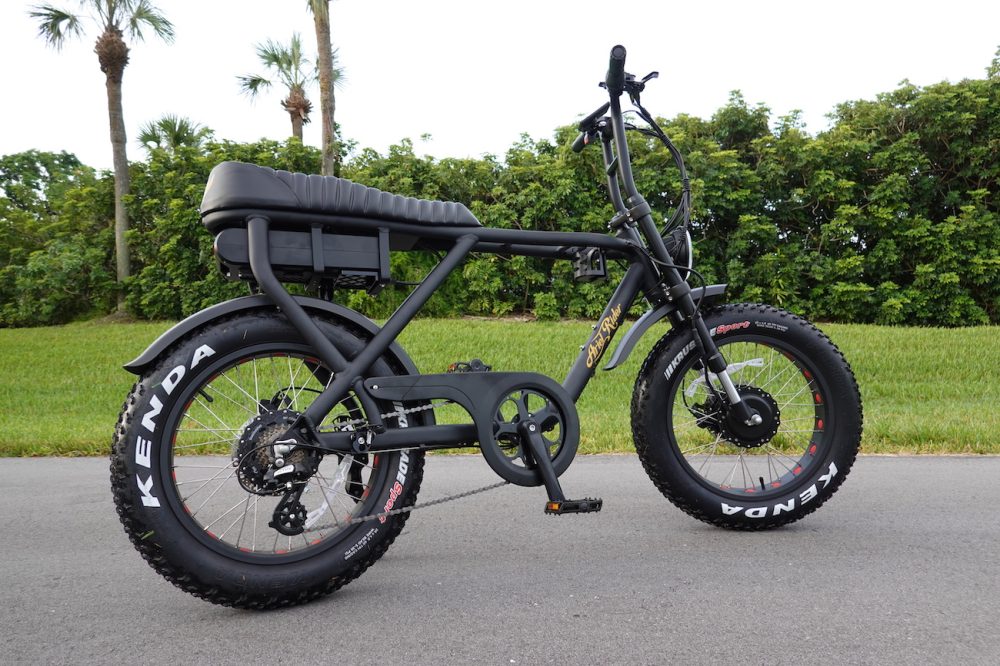 Each motor is pulling 30A at 48V, giving it close to 1,500W of peak power per motor. When I keep it in all-wheel-drive mode, I routinely do burnouts, especially with the front tire. As a matter of fact, I generally start from rest in rear-wheel-drive mode, then flip the handlebar switch to engage the front motor after a couple of seconds. That gives me better control and keeps the gobs of excess power from causing me to spin tires.

Heavier riders might not have the same experience (I weigh 70 kg or 155 lb), but I was laying down rubber when I wasn’t careful! Check the video above if you don’t believe me…

Alright, so it’s got power. But how is it as a bike?

The Ariel Rider D-Class’ designers didn’t skimp on the details. They gave the bike some pretty decent parts.

The lighting is awesome and that front headlight is practically blinding if you’re standing right in front of it. The hydraulic disc brakes bring you to a stop quickly. And the large battery means you’ve got plenty of juice, even for those two hungry motors.

But on the other hand, not everything is amazing. The suspension fork works, but it’s not the best I’ve ever seen. It absorbs bumps and the 4″ fat tires pick up what it misses, but I’ve seen much plusher suspension. 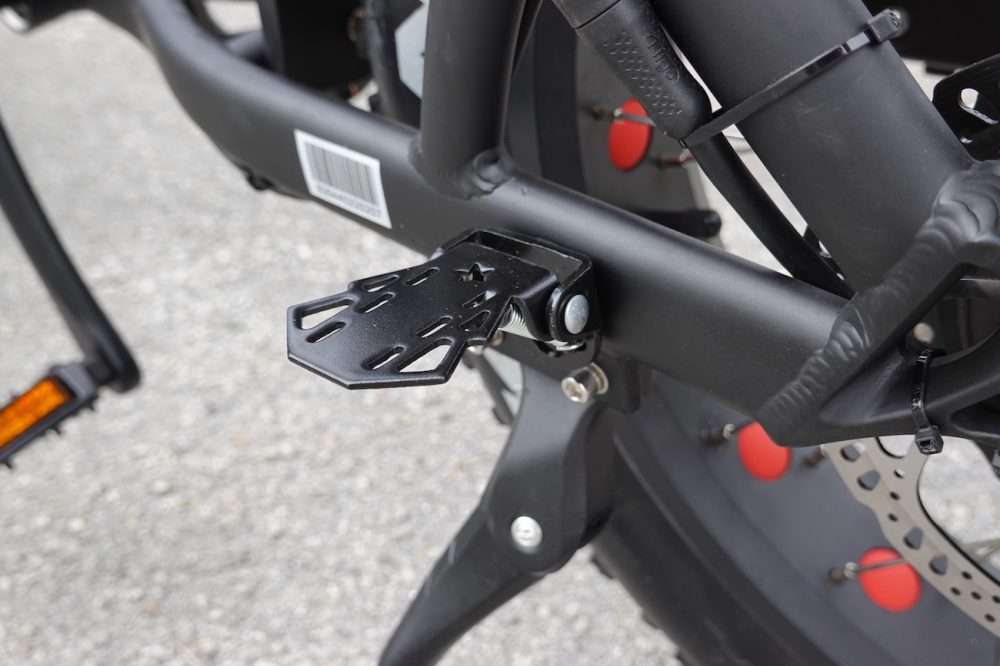 And the rear passenger footpegs leave a bit to be desired. They look kind of flimsy. I actually stood on them with my full weight and they held me, but they didn’t look happy about it. Of course, most people won’t stand on them entirely, and instead will put most of their weight on the bench seat.

Oh yeah, let’s talk about that seat. Wow, what a comfortable seat! I’ve ridden mini-bikes with less-than-ideal seats before, and the Ariel Rider D-Class nailed this one. It’s both soft and supportive, plus it tapers nicely to still give you pretty good pedal movement. It’s really a nicely made seat, so props on that one! 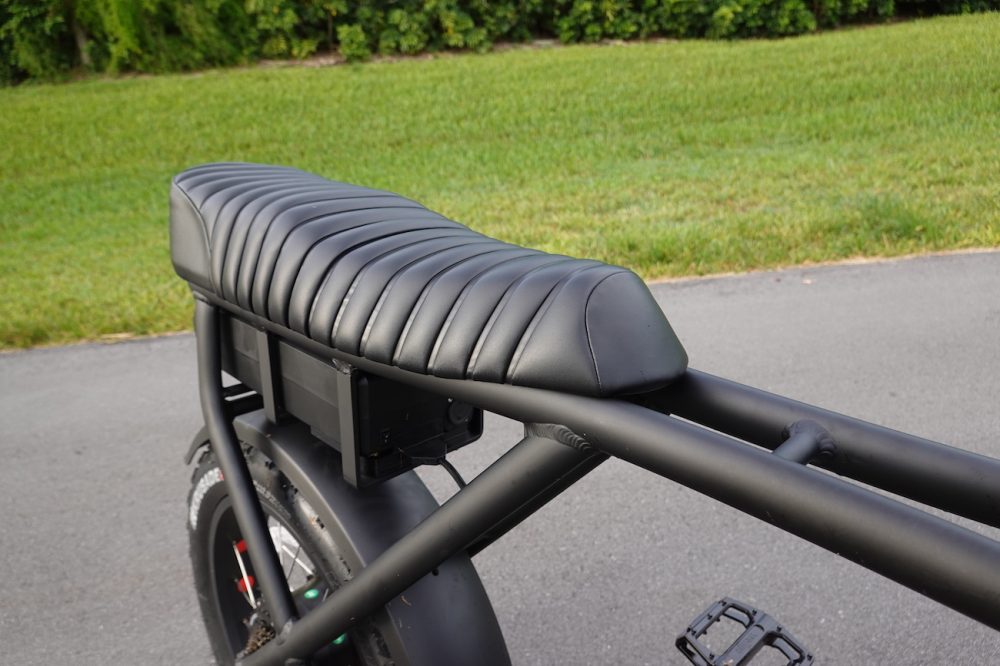 It’s really made for two butts, though you can fit three depending on the size.

I put both of my nephews (ages 6 and 8) on the back with me and we had plenty of room for the three of us. Don’t worry, I didn’t go too fast with them. We kept it at parade speed. 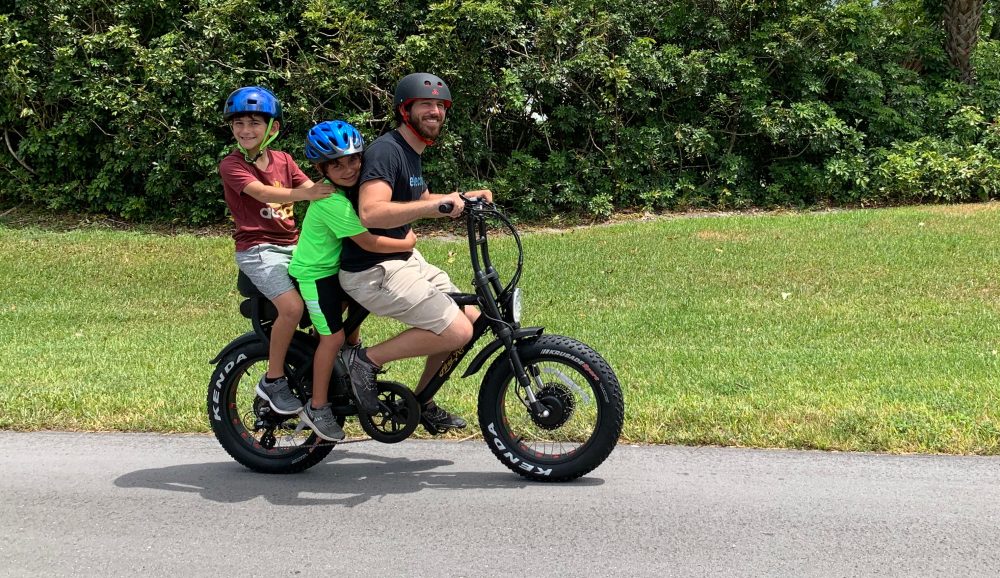 How does a powerful electric mini-bike handle?

As long as you don’t go nuts with the power, handling is actually pretty good. The power is only an issue if you floor it off the line, which you really shouldn’t be doing anyway.

On the street, higher tire pressure definitely helped with good handling. I ran lower pressure while riding on some trails, but those fat tires get a bit sluggish on the street when they run too low. So mind your pressure and adjust it to what feels right for your weight and desired handling.

With the upright ride style and the comfortable seat, you can lean hard into turns and really push the bike hard.

Many e-bikes focus on the big picture and forget about the small things. But I appreciate how the team at Ariel Rider considered even small details.

For example, the bike arrives with a little bottle of touchup paint. It’s not like it’s hard to find this shade (who doesn’t have a can of black matte laying around somewhere?) but I’ve almost never seen an e-bike include touchup paint in the box. 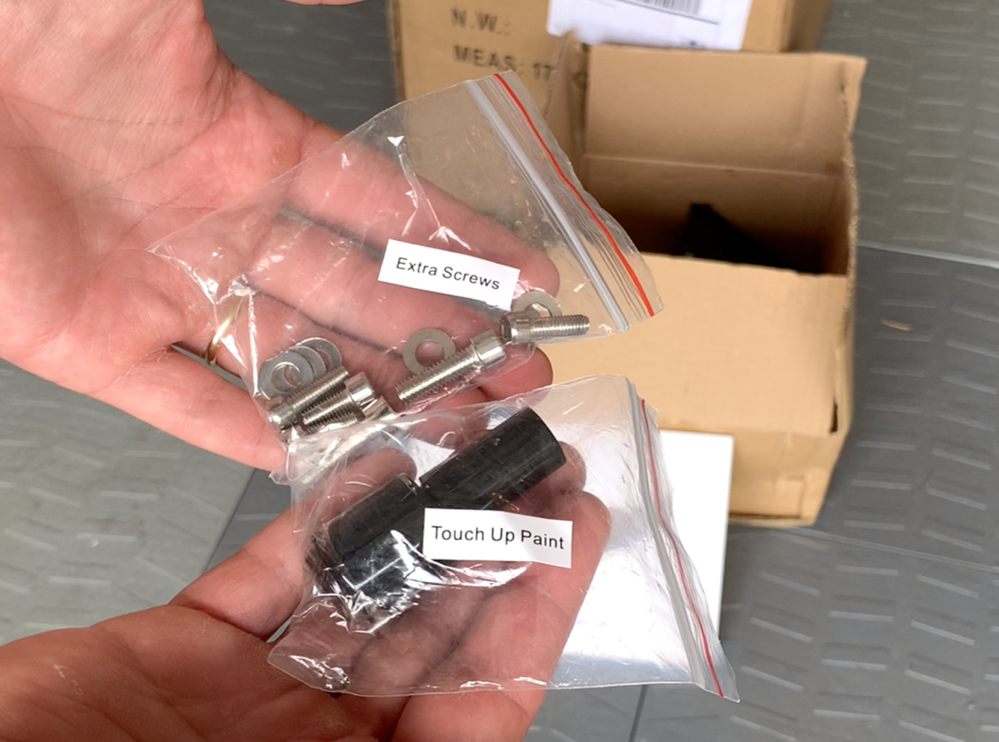 There’s also a bag of extra bolts included, with various sizes and a few washers too. If you ever want to add accessories or you just forget to check your bolts and lose one (surprisingly common among new riders who don’t know to check their bolts often in the first few weeks and months of riding), Ariel Rider has your back. These little metric bolts are super annoying to source, so it’s nice to see a few extras included. It obviously costs almost nothing, but shows a bit of forethought from the company.

Oh, and did I mention the adjustable cup holder? It even goes small enough to hold a glass bottle, which of course you should use for a soda and not a beer! 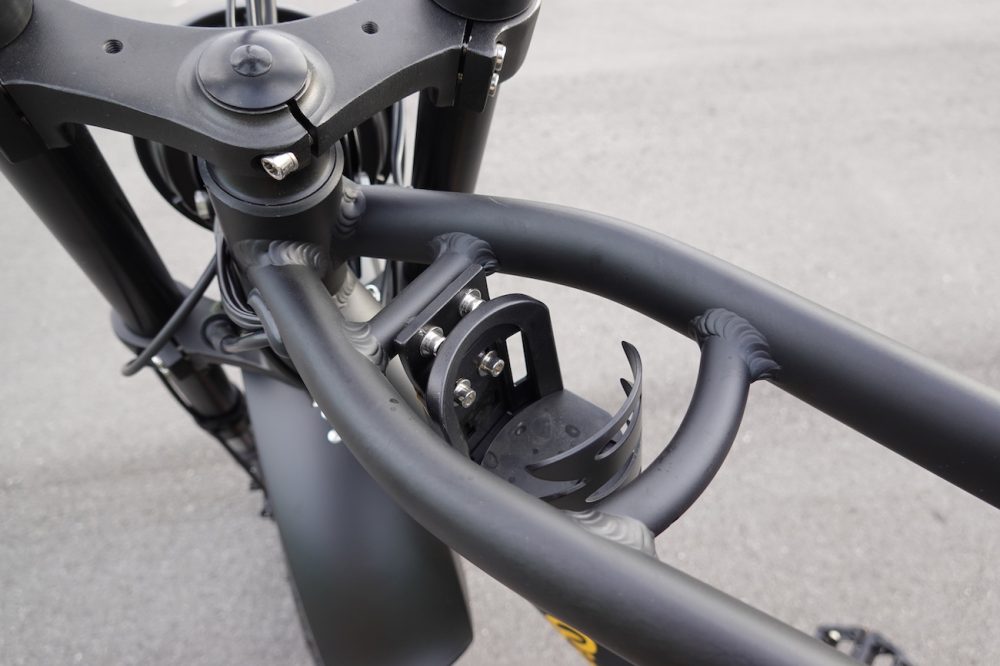 Is the Ariel Rider D-Class worth the price?

But for what you’re getting, I think it’s actually a fair price.

Where else are you going to find a 33 mph e-bike with a big battery, two motors, suspension, room for a passenger, high-end brakes, and an awesome design? 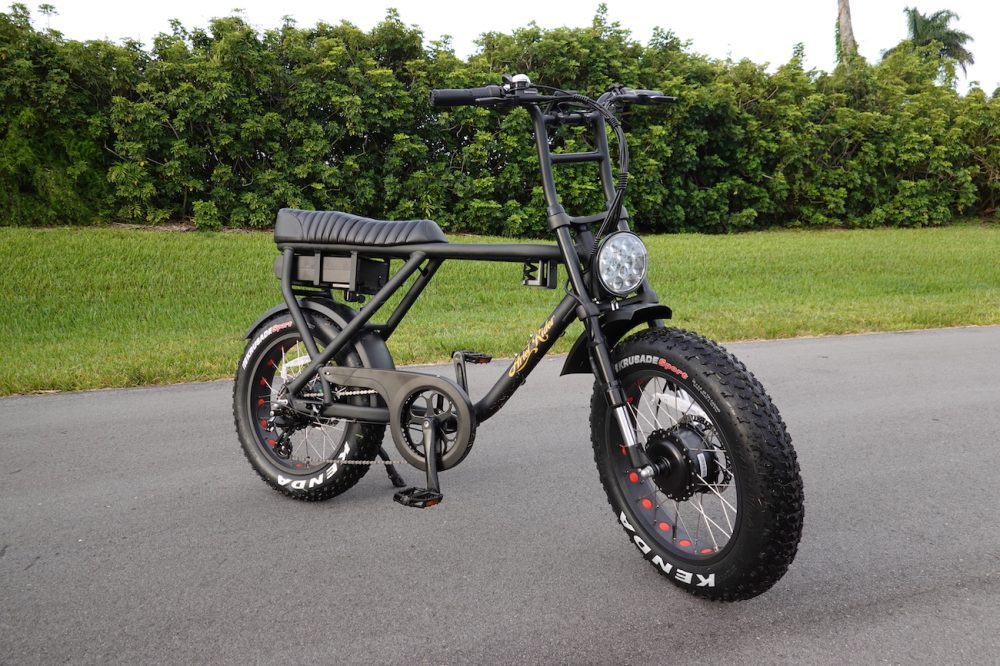 My verdict is that the D-Class is definitely worth it! It’s a ridiculously powerful, fast, and fun e-bike that is designed for pleasure cruising with room for two.

I’m absolutely an Ariel Rider fan now. This was my first experience with the company but now I want to test out some of their other bikes too.

Obviously not everything on the D-Class was perfect. I’d have loved a higher-end fork with better damping, and perhaps nicer footpegs. But I really can’t complain about much here. My D-Class experience has been awesome and I will definitely be recommending this one to my friends!