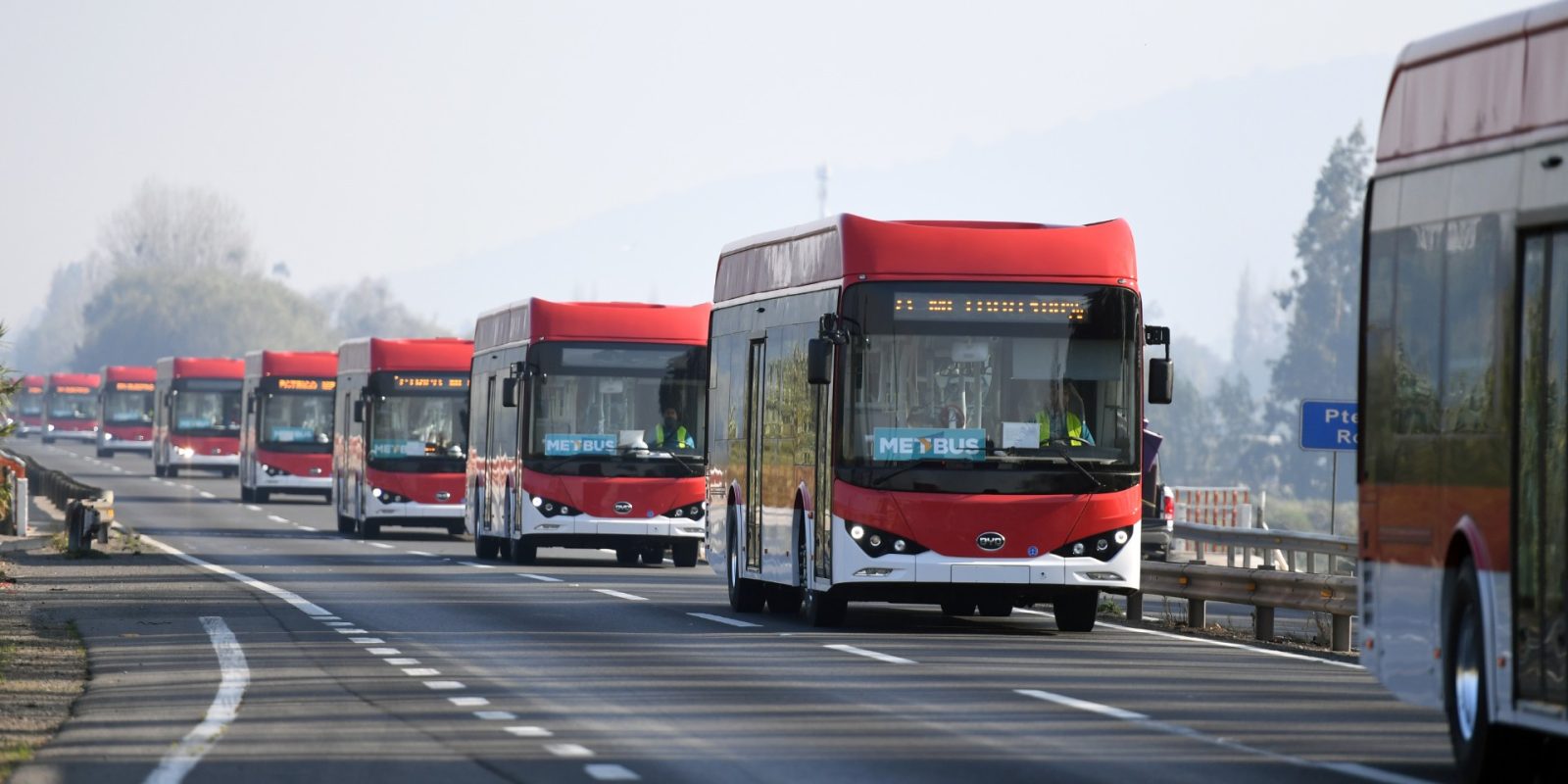 Chile’s capital city of Santiago has just ordered 150 BYD electric buses for its greater metro area public transport system, Red Metropolitana de Movilidad (RED). That will bump its BYD e-bus total up to 455. According to Sustainable Bus, “Chile aims to have the second largest electric bus fleet in the world after China.”

According to Wikipedia, RED currently operates 6,581 buses, and BYD claims the e-bus fleet in Santiago will reach almost 800 units by the end of this year.

Considering the city only got its first 100 e-buses in 2018, this is incredible growth in just two years. RED Movilidad’s goal is the total electrification of public transport by 2040, and if they keep going at their current rate, they’ll probably beat it.

BYD is a global leader in electric bus sales, and it’s the front-runner in South America. Its e-buses, e-taxis, and other EVs are in more than 300 cities, in more than 50 countries and regions.

France will still have 56 pressurized water reactors in 18 nuclear power plants after this closure.

France also aims to reduce emissions from its electricity supply by shutting down its last four coal-fired power plants by 2024 and further investing in green energy.

French president Emmanuel Macron pledged €15 billion to fight climate change over the next two years. According to France 24, “Macron also supported a referendum to make “ecocide” a crime — referring to any activity that causes serious damage to the environment.”

France’s goal is to achieve net zero by 2050 in accordance with the Paris Agreement.

EVID is funded by NVE customers, via a fraction of a percent ratepayers are charged per kilowatt-hour, and is administered by NVE. The program has $15 million.

The program will help make residential EV charging more accessible, especially for low-income residents and those who live in apartments and condos, because of new incentives offered by NVE. Developers of the new low-income multi-unit-dwellings and governmental programs will receive $10,000 — 100% of the total project — to install a charging port in addition to existing incentives.

Additionally, the program also will boost an effort to electrify school buses. During a July 1, 2020, to June 30, 2021, grant application period, NVE will offer $3 million for each school district to apply and receive up to 75% of total project costs to purchase two electric school buses and associated charging.