The new buses can travel up to 90 miles on a single charge. (14th Street is two miles long.)

There are charging stations at the Michael J. Quill Bus Depot on 11th Avenue near the Lincoln Tunnel, East 41st, or West 43rd Streets in Manhattan; Maspeth, Queens; and Williamsburg Bridge Plaza in Brooklyn.

NYC Transit says each bus costs $1.4 million and will save an estimated 8,000 gallons of fuel per year, according to NY1.

The 14th Street fleet joins 10 standard electric buses the MTA leases as part of a three-year pilot program launched in 2018. The MTA says bus travel on 14th Street is not only cleaner but also faster, as priority lanes have been designated for trucks and transit.

Hunting methane leaks with a satellite

Last year, the first satellite designed to monitor the earth with a new instrument called TROPOMI for methane leaks discovered that an accident at a fracking site in Belmont County, Ohio, in February 2018 was the source of one of the worst methane leaks ever recorded in the US.

As the Environmental Defense Fund (EDF) reports, “Emissions from the Ohio event would have totaled about 60,000 tons. That figure is comparable to one-quarter of the entire state of Ohio’s reported annual oil and gas methane emissions.”

The findings were published on Monday in the Proceedings of the National Academy of Sciences by scientists from the EDF, SRON Netherlands Institute for Space Research, Vrije Universiteit Amsterdam, the Netherlands Organization for Applied Scientific Research, and Utrecht University.

For example, a five-year series of studies organized by EDF recently concluded that emissions from the US oil and gas sector were a full 60% higher than EPA estimates.

These factors underscore the importance of regular, widespread monitoring and measurement, and explain the rapidly growing interest in space-based instruments, which have the potential to provide comprehensive estimates of methane emissions, how much and where.

Methane is a potent human-made greenhouse gas that is responsible for more than 25% of global warming. The oil and gas industry is the largest source of methane.

Hunters Point, a housing development in Cortez, Florida, built by Pearl Homes, has achieved Leadership in Energy and Environmental Design (LEED) Zero Energy certification. Its model home is the first single-family home in the world to receive LEED Zero Certification. 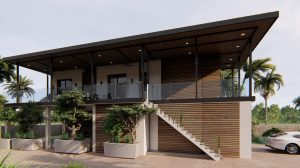 Pearl Homes was presented with a certificate from the US Green Building Council at the 2019 Greenbuild Conference in Chicago.

The Hunters Point model home has the following features, according to Pearl Homes:

sonnen’s Energy Automation technology allows for efficient management of energy to power the home’s connected devices with cleaner energy and provides smarter backup power functionality both before and during a grid outage.

Pearl Homes says they will adhere to these standards in all future projects.

The offshore wind turbine was installed at the port of Maasvlakte-Rotterdam in the Netherlands. It has a capacity of 12 megawatts (MW), a 220-meter rotor, a height of 260 meters, and a blade length of 107 meters. GM calls it the “world’s most powerful offshore wind turbine.” (For size perspective, it’s taller than the London Eye.)

GE said the turbine had recently produced 262 megawatt hours of energy across a 24 hour period, enough to power 30,000 households in the area.

GE is aiming to commercialize the turbine by 2021, with serial production due to commence in the second half of that year.