GM has released the first picture of its Buick Velite 7 Electric, a small SUV/crossover for the Chinese market, and it might give us a pretty good idea of what the upcoming Bolt EUV will look like.

In October 2017, GM outlined its “All-Electric Path to Zero Emissions” and announced a new electric offensive with 20 new all-electric vehicles to launch by 2023.

The automaker also, in particular, promised to launch 2 new electric cars based on the Bolt EV within the next 18 months:

“In the next 18 months, GM will introduce two new all-electric vehicles based off learnings from the Chevrolet Bolt EV.”

As we reported last year, it had been more than 18 months and we had yet to see those new electric vehicles.

GM disagreed with our report and claimed that they already released those two vehicles: the Buick Velite 6 EV and Baojun E200, two China-only vehicles produced by joint-venture partnerships in China.

The problem is that neither of those vehicles has anything to do with the Chevy Bolt EV.

The Velite 6 was a Volt-like vehicle and the Baojun E200 was a super small and cheap electric city vehicle.

Earlier this year, GM had an ‘EV Day’ during which we learned a lot more about their plans, including to finally launch a Bolt EV-based crossover called the Bolt EUV.

Now GM has released the first image of its Buick Velite 7 Electric, which is really similar to the Bolt EUV prototype that GM has shown some journalists, including Electrek’s Seth Weintraub: 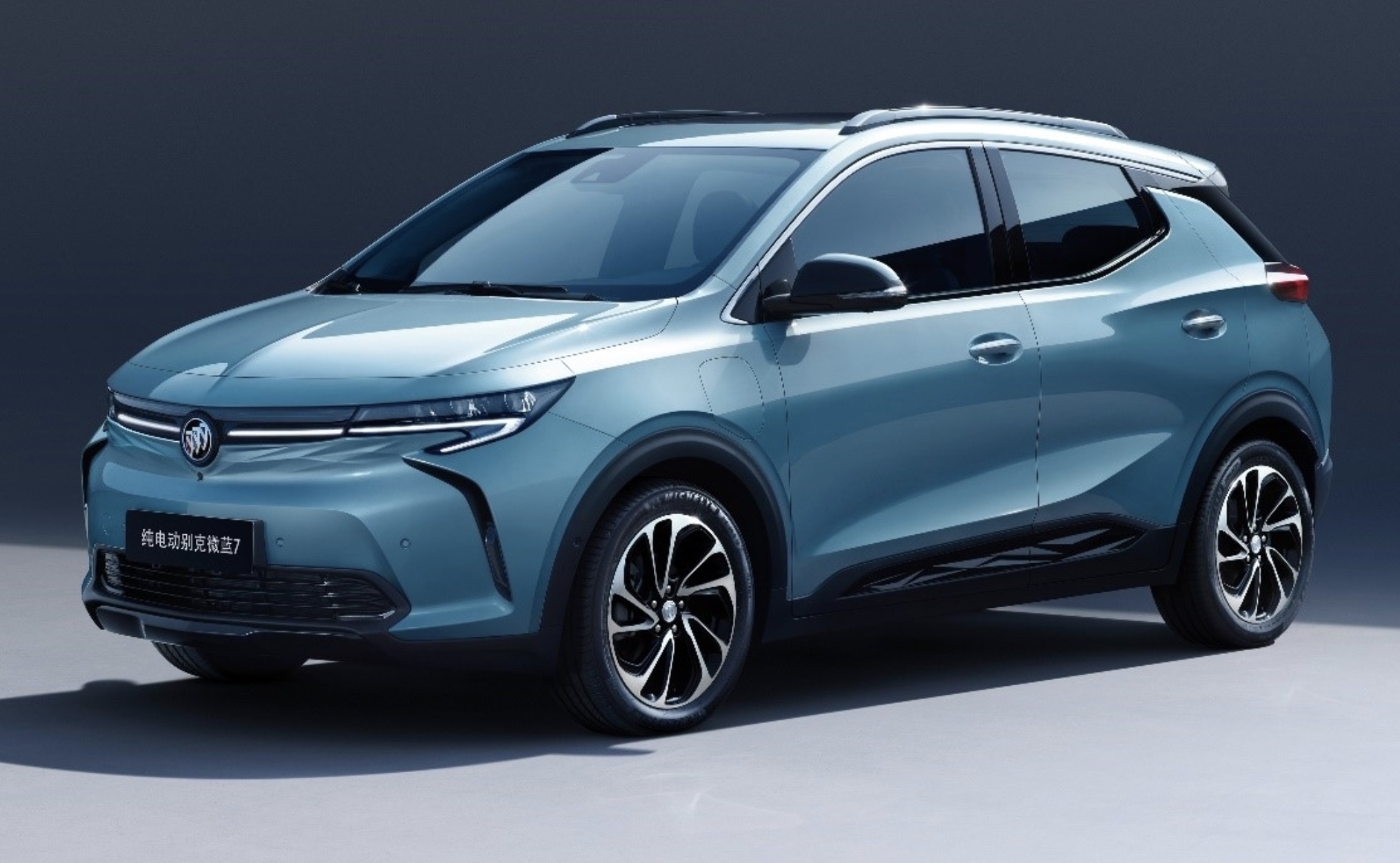 As you can see, it looks really similar to the Bolt EV and to the previously unveiled renderings of the Bolt EUV:

Seth described the Bolt EUV prototype that GM showed during its EV Day:

“The Bolt EUV is basically a stretched Bolt with some new amenities. It sits at roughly the same height with a 3-inch longer wheelbase, 3-inch longer trunk space, and a more SUV-like front hood.”

The Bolt EUV is expected to launch next year with the new version of the Bolt EV and more details are expected to be announced in the coming months.