Previously, HiMo has offered a variety of interesting electric bicycles in the $300-$500 range almost exclusively in China.

The brand’s Z16 folding e-bike was launched last year for $350 in China, and HiMo also released a $450 electric moped to its domestic market.

Earlier this year, HiMo made its first appearance on the world stage with the international launch of its tiny Himo H1 folding e-bike for $499.

Now HiMo is back with the HiMo Z20, a folding commuter e-bike that is likely to appeal to wider audiences. 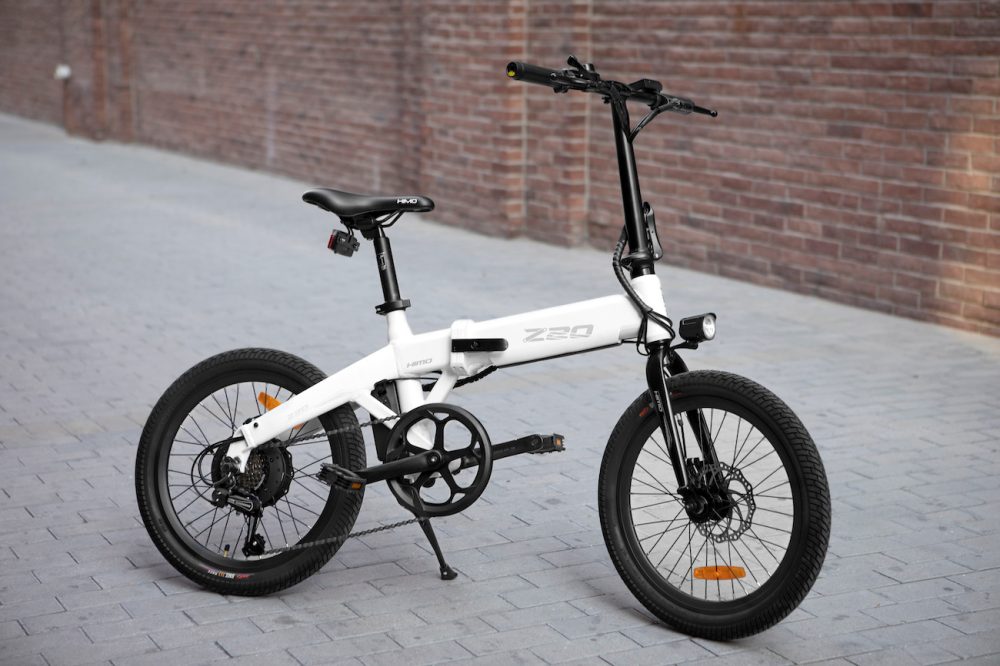 The Himo Z20 features both pedal assist and throttle, though it is unclear if EU bikes will ship with the throttle due to more restrictive e-bike laws in Europe. Most combined throttle/pedal assist e-bikes arrive in Europe without the throttle feature.

Throttling around will certainly eat further into that 34 miles of range, compared to more efficient pedal assist.

According to the company, the HiMo Z20 can hit a top speed of 25 km/h (16 mph) on throttle or pedal assist. The bike has an Eco and Sport operation mode to let riders cut back on power or go all out.

Most of the components are fairly commensurate with other similar 20″ folding e-bikes, such as the dual mechanical disc brakes, front and rear LED lights, and 6-speed Shimano drivetrain. However, the bike comes with one option we don’t see very often: an air pump hidden in the seat tube. While I worried it might be fairly dinky and more of a gimmick when I first heard about it, the pump actually looks pretty decent.

That is lighter than average for an electric bike, though we’ve seen plenty of similar e-bikes that shave off many more pounds, such as the upcoming Fiido D11 at just 28.4 lb (12.9 kg). 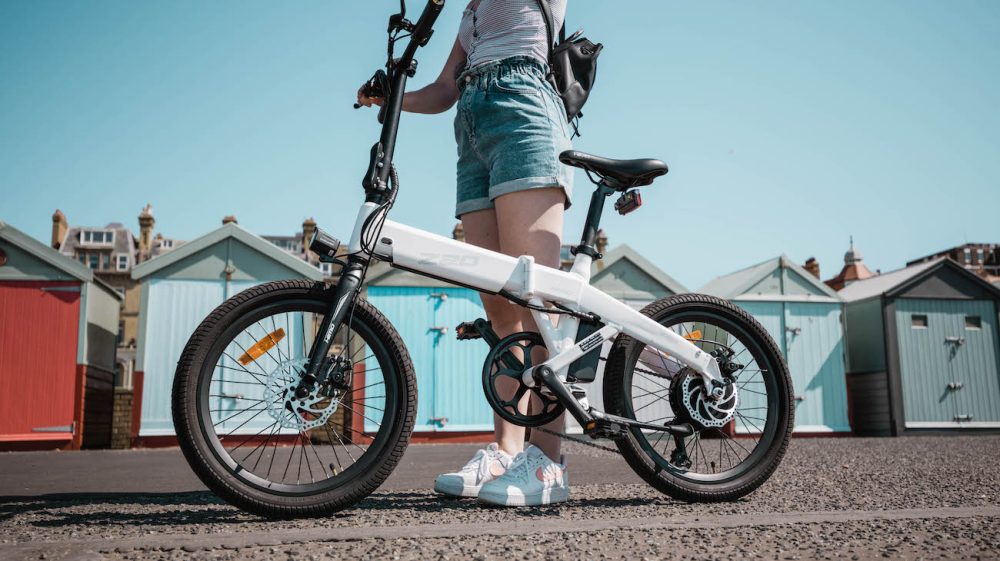 Those wishing to grab their own HiMo Z20 can pre-order one through the company’s Indiegogo campaign. The bike carries a $999 MSRP, but is available for a pre-order discount for just $699 with an anticipated ship date of August.

While I always give a standard Indiegogo caveat, HiMo is a large and respected brand — not some startup. I actually bought one of their e-bikes previously and was very happy with it. In fact, I thought it was so cool that I actually backed their last Indiegogo campaign for their silly tiny folding e-bike, and I should be receiving my second HiMo e-bike later this summer from that campaign.

I think the bike looks pretty good, especially for its $699 price, but the bigger news here is the pace at which Chinese e-bike companies are entering the global marketplace.

We’ve talked before about how platforms like Indiegogo are helping electric bike companies reach a wider audience, but that was mostly for Western companies. Now it seems like Eastern companies such as HiMo and Fiido, which are already big names in the e-bike industry, are discovering the power of crowdfunding platforms to reach a Western audience.

While these types of bikes don’t compare to the power or range of US-based value e-bike companies like Rad Power Bikes, they are certainly a less expensive (and lower-weight) alternative that might just be perfect for riders on a budget.