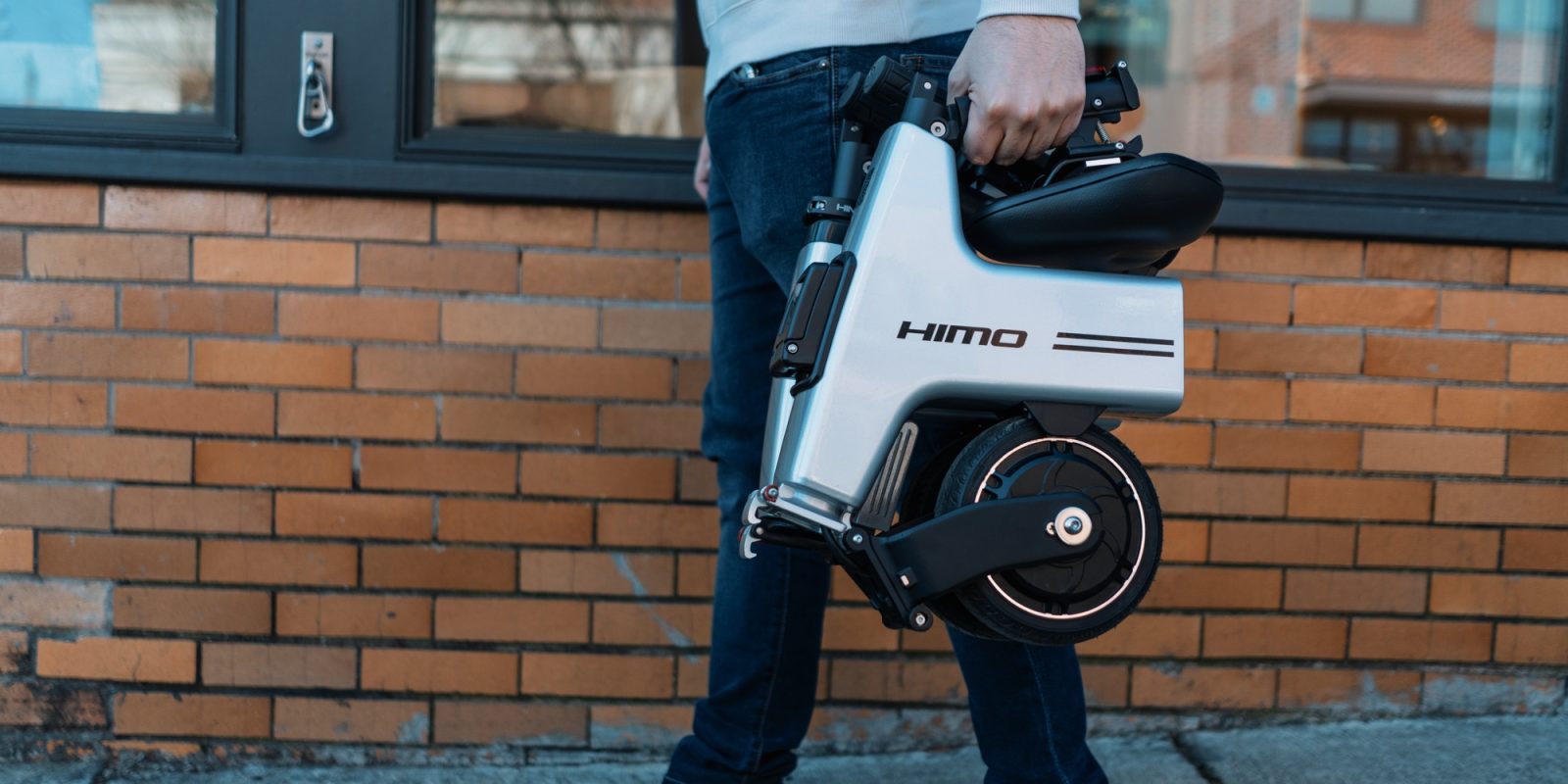 Over the last few years, Xiaomi has demonstrated quite a knack for bringing quirky and inexpensive electric bicycles and scooters to market. And while most of those models have begun sale in China, many are finding their way to international markets quicker than we originally anticipated.

We first reported on it four months ago when the H1 was released in China.

The little e-bike (or perhaps seated e-scooter is a better term due to its lack of pedals) retailed for just 2,999 yuan (approximately $425) in China.

Other Xiaomi e-bikes and scooters have taken longer to reach international audiences, but the Himo H1 is now being offered worldwide. And Xiaomi even managed to keep the price fairly close to the original domestic deal. Early customers can grab a Himo H1 e-bike for $469, not including shipping. And while shipping will add to the price, it is actually reasonable. For example, US customers will need to pay $45 for shipping, bringing the final price to $514.

Customers will have to place their pre-orders via Indiegogo, which might give pause to some. But Xiaomi and its sub-brand Himo have a long history of delivering on their e-bike and e-scooter promises, so this bet likely isn’t too risky. And deliveries are estimated to begin in May, so the wait shouldn’t be too long if the company can stick to its schedule.

If you’re scratching your head while looking at these photos of the Himo H1, you’re not alone. It’s an odd-looking bike.

The Himo H1 was designed to be the ultimate portable EV. It can fold to the size of an A3 sheet of paper and fit inside of a backpack. On the functional side, it more closely matches the specs of many standing scooters than e-bikes. The small wheels won’t do ride comfort any favors, but then again neither do most scooter wheels.

And if that range doesn’t quite add up to you, consider that it might be so efficient because it isn’t moving very fast. The Himo H1 reaches a top speed of just 18 km/h (11 mph).

That means this isn’t designed to be a long distance commuter, but more likely a quick trip bike. Think campus cruiser, not cross country trekking. And its small size means you can bring it places that you couldn’t with a typical e-bike or e-scooter. You can literally stick it in your backpack and never have to worry about coming back to a broken lock and a missing bike.

I can also see it as a great option to keep in your car. It takes up less space than a spare tire and would serve as a great last mile vehicle — almost like the way larger boats carry a dinghy.

Ultimately, this might not be the e-bike that gets masses of people onto two wheels. But the fact that Xiaomi is getting quicker about pushing its domestic e-bikes to an international audience could be a good sign of things to come. With more options in the e-bike market, customers will be able to benefit from increased competition.

I don’t think Rad Power Bikes or Juiced Bikes are at all worried about this bike. But they might be paying attention to how Xiaomi has continued to expand its e-bike offerings as well as their international reach. And while Xiaomi’s e-bikes certainly aren’t a threat today, the same can’t be said for tomorrow.