Fiido has just announced their latest folding electric bike, the Fiido D11. Launching worldwide, this sleek folding e-bike marks the brand’s first entry into much of the Western e-bike market.

[Update: The Indiegogo campaign is over and the bike is on sale now here.]

Fiido may not yet be a common name for many e-bike shoppers, but the company is hoping to change that with the launch of their latest flagship e-bike, the Fiido D11.

While Fiido’s past e-bikes have looked a bit more run-of-the-mill, the Fiido D11 offers a complete redesign and recently won the German Red Dot Award for its modern, minimalist design.

The rather lightweight aluminum bike tips the scales at 17.5 kg (38.5 lb), making it one of the lightest folding e-bikes out there. There are a few other lighter options, but most cost 3-5x the price of the Fiido D11. 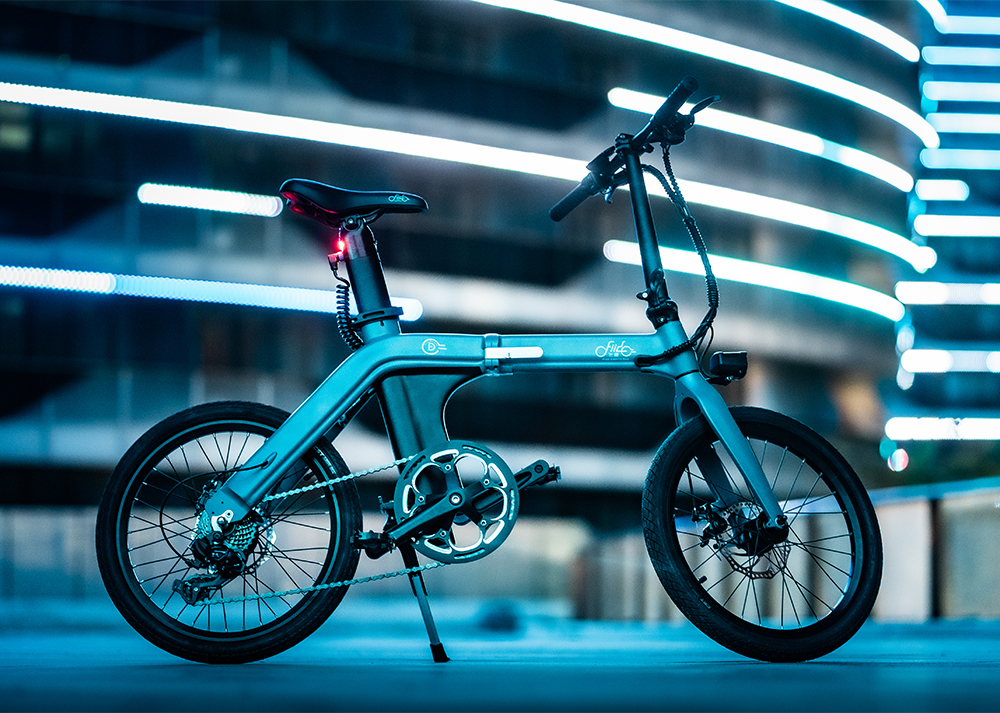 The Fiido D11 will be available all over the world, and thus carries Euro-spec power and speed ratings. That means a 250W rear hub motor and a top speed of 25 km/h (15.5 mph).

While the speed won’t compare to some of the other electric folders available in the US, the range is quite impressive. Fiido rates the D11 at up to 100 km (62 mi) of range in Eco mode, thanks to its 410 Wh battery. The battery is housed in the seat post, which can be removed like a standard seat. Combining the two into one removable unit makes it easy for riders to carry the two most commonly stolen parts of the e-bike with them when they park and lock outside. 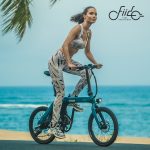 Those wanting to grab their own will be able to place a pre-order later this month when Fiido’s Indiegogo campaign launches. 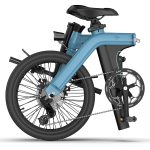 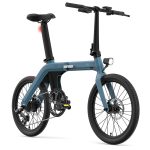 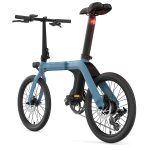 While we rarely cover crowdfunding campaigns due to the uncertainty that many customers feel when backing new products, Fiido has already delivered several models of e-bikes and thus has a trustworthiness advantage over the myriad of Indiegogo startups out there.

Fiido currently has two models in the $500-$600 range on Amazon, and I also reviewed their long-range, full-suspension Fiido L2 electric bicycle last month. You can check out that review video below.

My previous review of a Fiido e-bike

I’m a big Fiido fan, and I’ve actually been waiting for them to make a US entry for some time. Their bikes on Amazon have been imported by a reseller, so this marks the brand’s official entry into the US with its own operations.

Until now, Fiido e-bikes had been simple, reliable little folders without much pomp and circumstance. The Fiido D11 marks a big shift in the company’s design ethos as Fiido explores lighter, sleeker designs that aren’t just utilitarian – they actually look good too.

While I haven’t had the chance to ride a Fiido D11 yet, I will soon. Check back in a few weeks for my thoughts on the bike. Judging by the photos and spec sheet now though, the $1,299 price seems fair for such a nicely outfitted and ultralight urban folder, and the $799 early-bird price that will be available on Indiegogo is a veritable steal.

What do you think of the upcoming Fiido D11 folding e-bike? Let’s hear your opinion in the comment section below!