Tesla’s made-in-China Model 3 has received the results of its crash and safety test. The results are mostly good, but maybe not the top results we are used to from Tesla.

The Model 3 has won several other safety plaudits, including 5-star ratings in all categories and the lowest probability of injury ever tested from NHTSA, 5 stars from Euro NCAP, while being hailed as setting a “new safety technology benchmark,” and 5 stars from the Australiasian NCAP.

It also earned the IIHS Top Safety Pick+, which is the highest possible safety award it could have achieved with the organization.

Tesla did well with the version of its best-selling sedan made at Gigafactory Shanghai – albeit scoring lower in some categories: 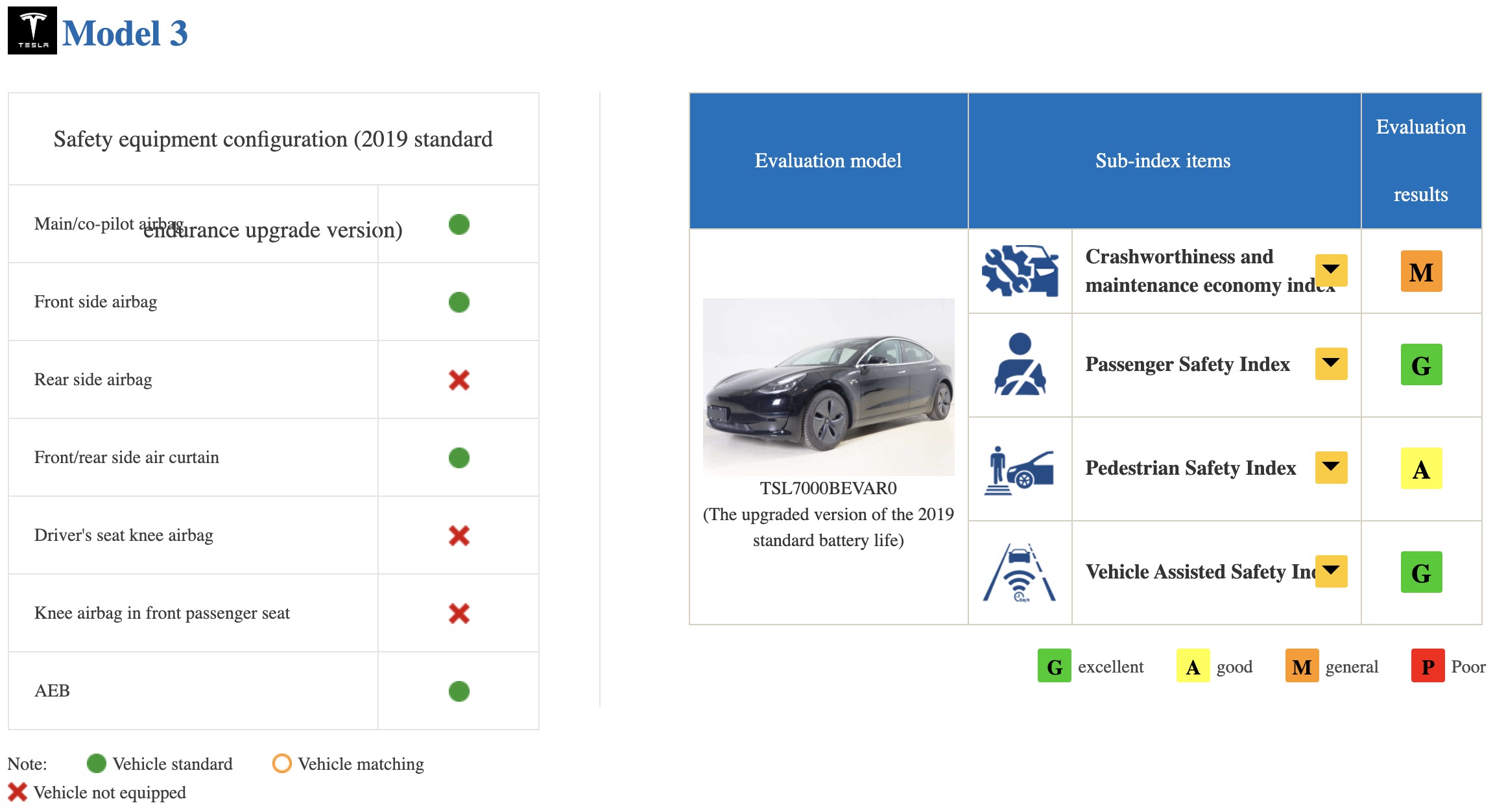 Keep in mind that it’s a translation from Chinese, but you get an idea of the different scores on the bottom right. 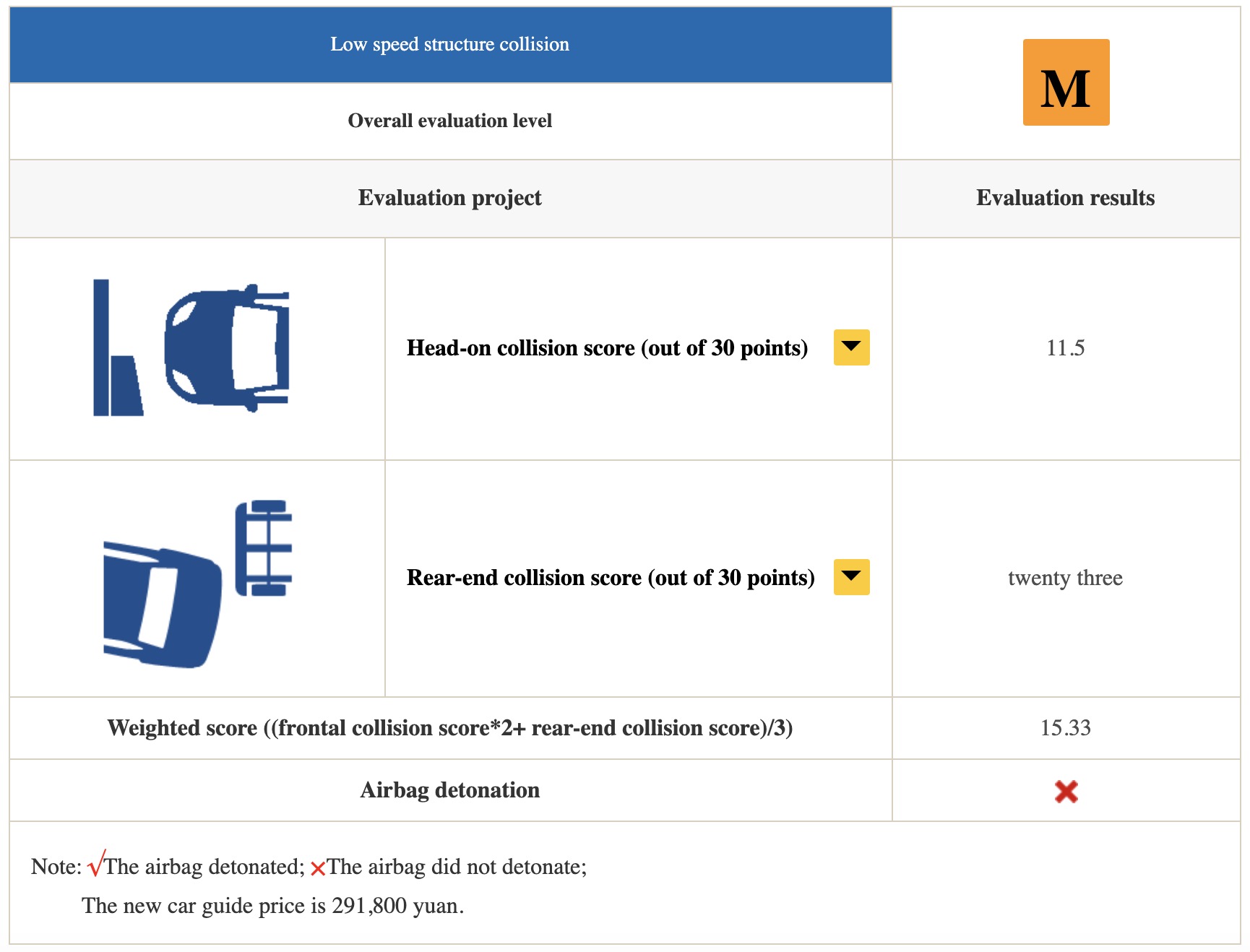 This type of crash can be devastating. Here are pictures of the Model 3 after the test:

For the side impact test, Tesla scored as well as it could have with the made-in-China Model 3: 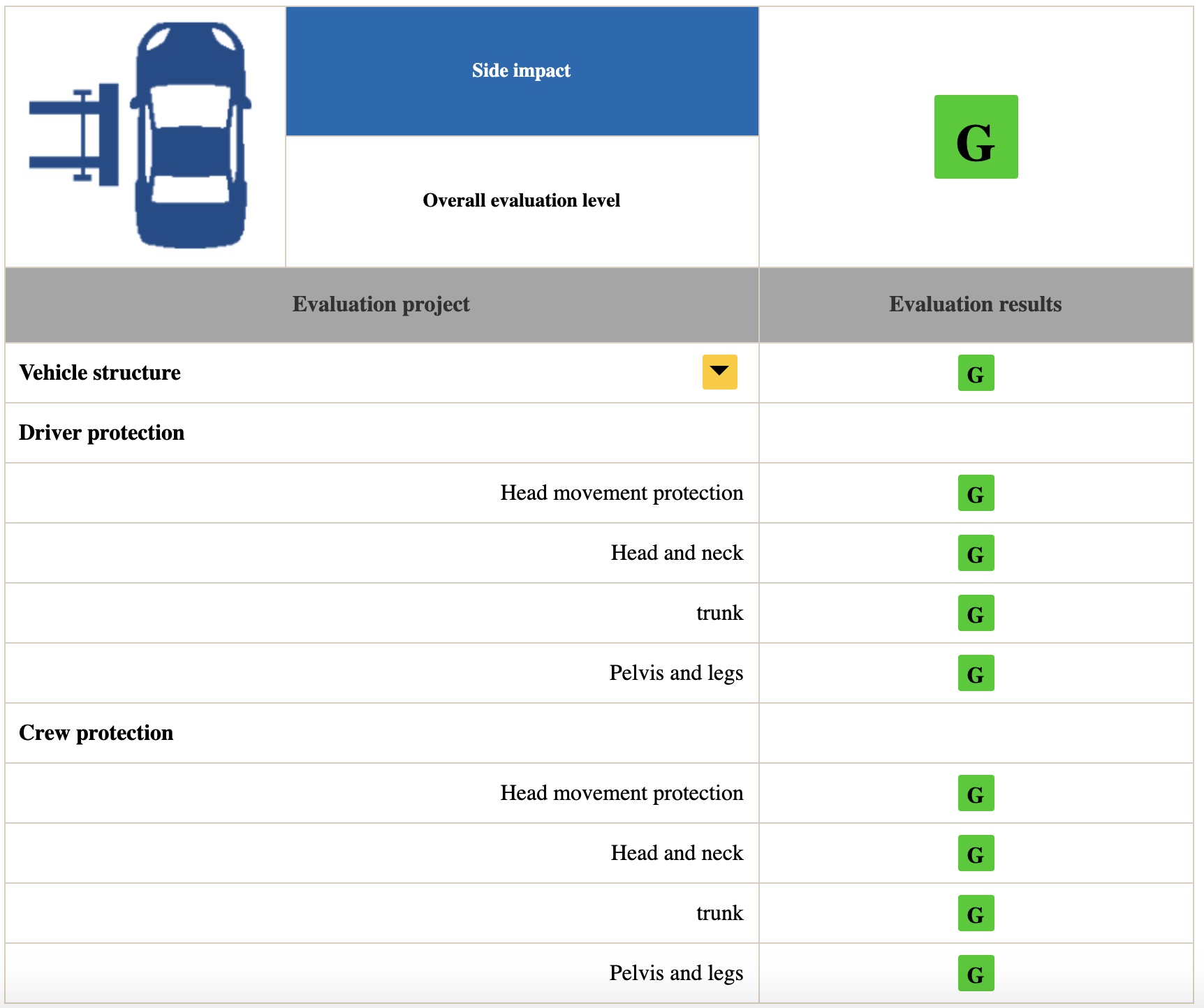 Here’s a picture of the Model 3 test vehicle after the side-impact crash test: 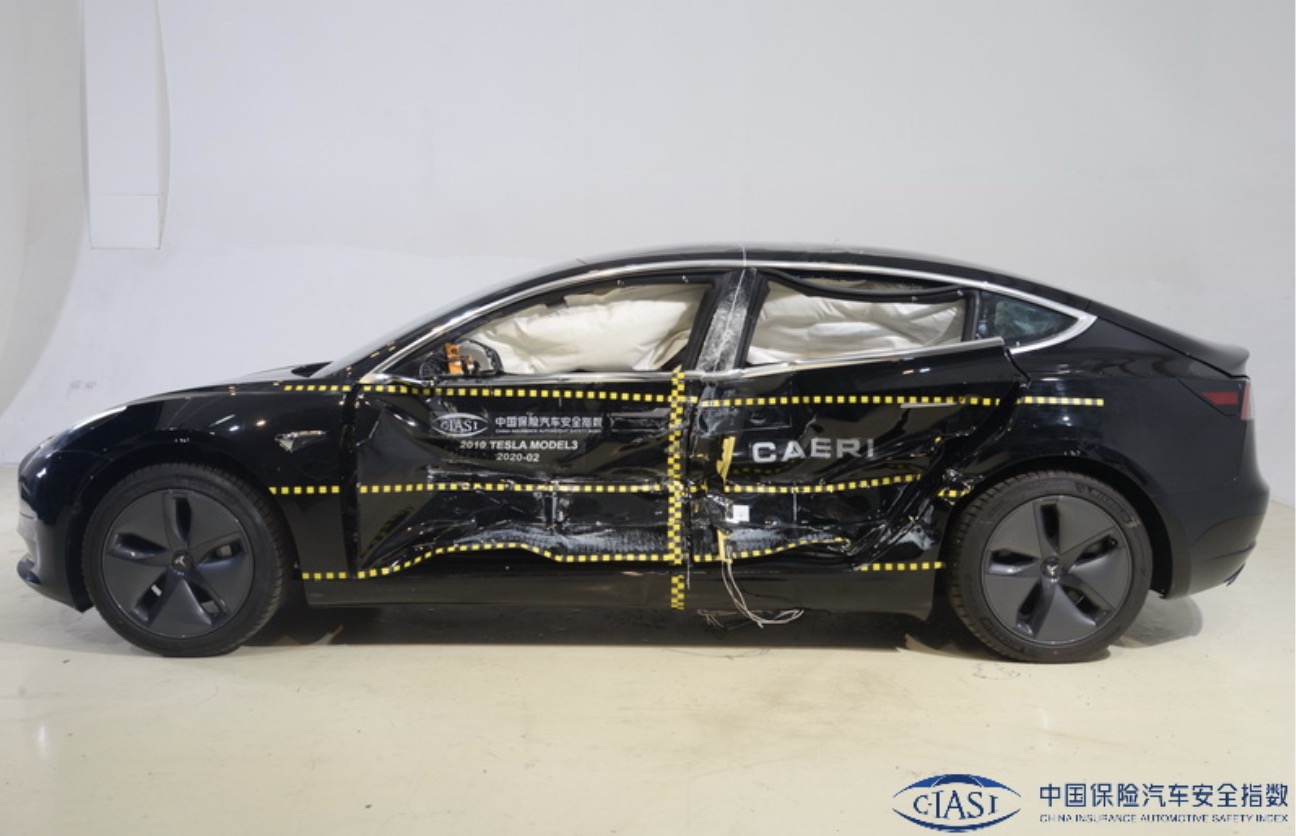 Tesla always score strongly in roof-strength tests and the Model 3 made-in-China is no exception:

Aside from the windshield cracking, you can barely see the impact of the test on the vehicle: 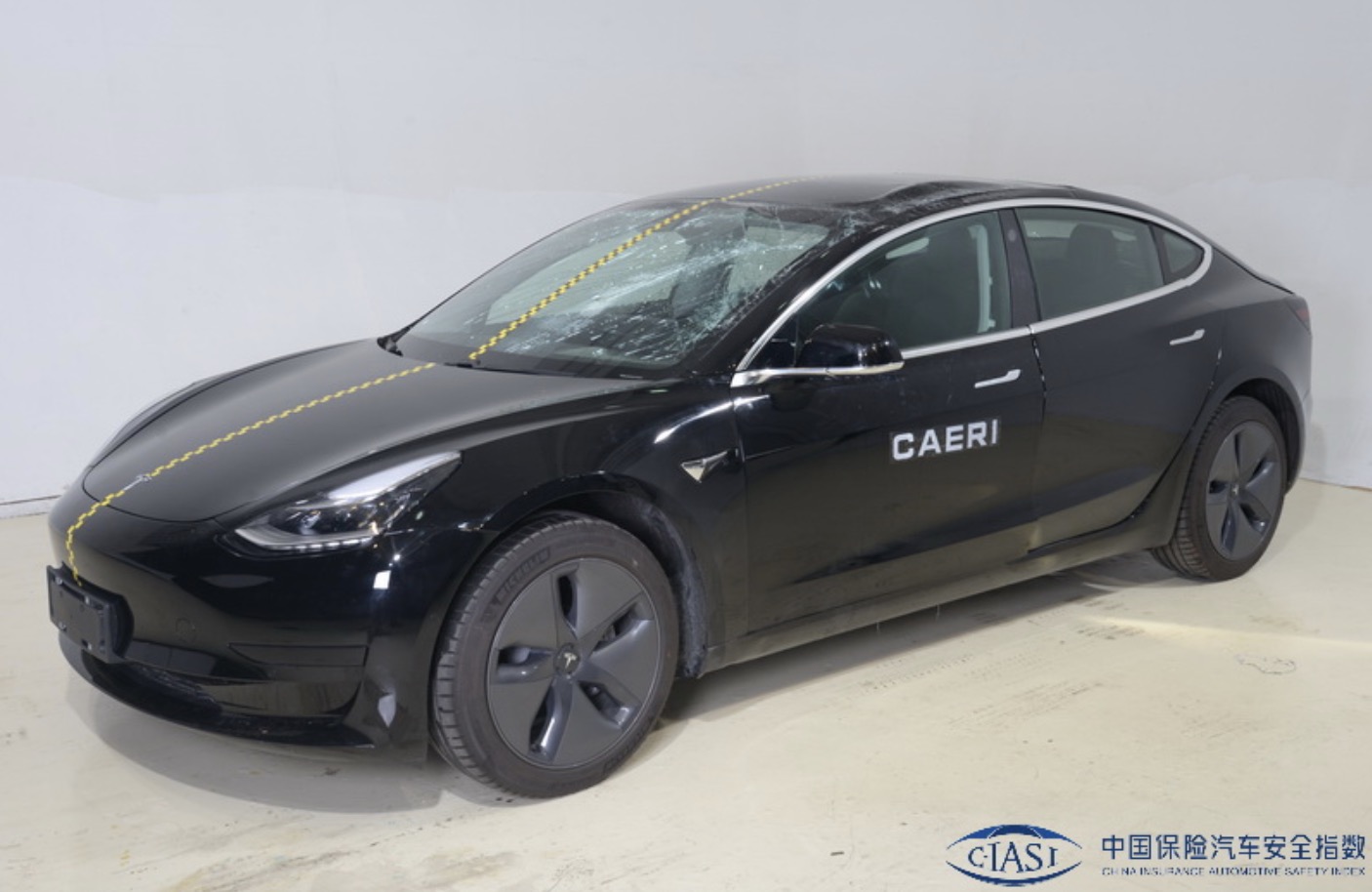 Here are the rest of the results from the China Insurance Automobile Safety Index Management Center’s tests: