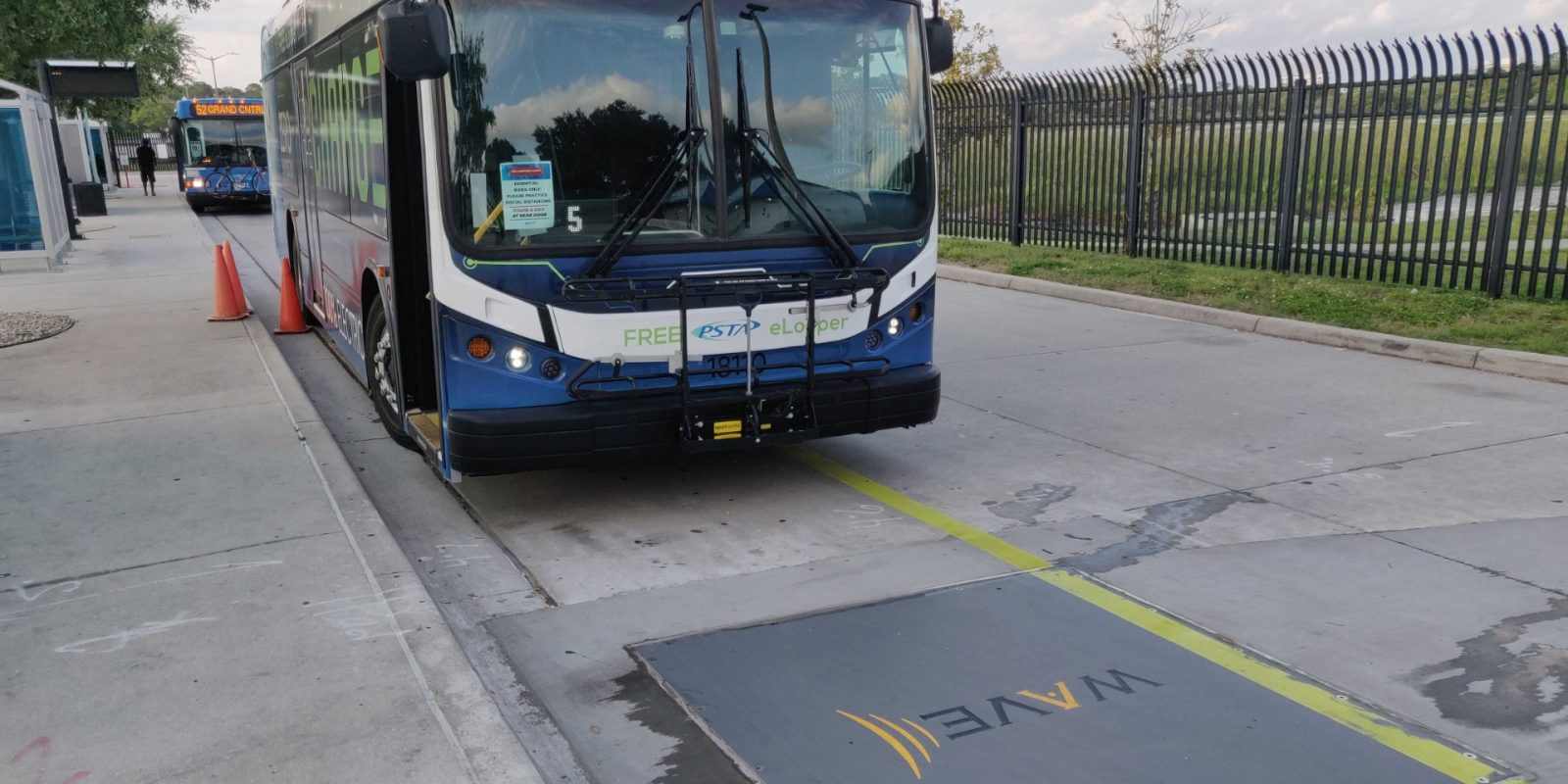 As Electrek wrote in April, we’re still suffering from the Deepwater Horizon oil spill in the Gulf of Mexico a decade later. Scientists are finding oil from that spill in the livers of fish, and on the deep ocean floor. So it’s a small consolation that $192,000 of Pinellas County, Florida’s Deepwater Horizon oil spill settlement was spent on the US East Coast’s first inductive wireless bus charging station.

Electrek‘s Fred Lambert wrote about the first wireless charging system for electric buses, which was installed in Washington State, in April 2018.

The new wireless charging station (above), the 250-kilowatt Inductive Power Transfer Technology, is in St. Petersburg, Florida. It was constructed and installed by A&K Energy Conservation.

The station includes WAVE‘s primary charging plate aimed at reducing wait time for electric buses to be fully charged. An electric bus stops over the charge plate and aligns with it. Once the driver is aligned with the plate, they press a button and a 10-minute charge begins.

The city has two electric buses and is getting four more by 2021, reports the Pinellas Suncoast Transit Authority (PSTA). PSTA’s electric buses average 180 miles or 15 hours before having to recharge.

This is a pretty neat charging system, and it’s quite extraordinary that this is the very first one on the East Coast — it’s about time.

A PSTA spokesperson said, “Eventually, PSTA has a goal of having an all-electric vehicle fleet.” Locally, the PSTA has 210 vehicles in total, so they have their work cut out to move to a fully electric system, and need to move fast. I’d like to know what their timeframe is.

St. Petersburg recently got national attention when Donald Trump decided to post a rather out-of-the-blue tweet about the Department of Transportation supplying $21.8 million for a new bus route in the Florida city (that sort of announcement usually comes from lower down the chain of command, such as Congressman Charlie Crist (D-FL).

.@USDOT is committing $21.8M for the FIRST transit project of this kind in the Tampa Bay region. It will connect St. Petersburg to popular beaches through state-of-the-art transit buses with FREE WiFi. Will be a major help to heavily populated parts of the Great State of Florida!

St. Petersburg mayor Rick Kriseman, who is chair of the United States Conference of Mayors environment committee, retweeted it within a half-hour with the comment (and I suspect, due to Trump’s usual erratic moves, Kriseman was as surprised as everyone else):

As an avid green energy and EV supporter, I wasn’t all that interested in the free Wi-Fi (although that’s a nice feature), and since that’s not unusual, I don’t know on what grounds Trump and other local officials asserted that this project is the first of its kind.

I asked PSTA if they’d be sourcing e-buses for this new route that got the DOT funding, since Trump calls them “state-of-the-art.” I got conflicting responses from PSTA. On one hand, PSTA says it has a goal of having an all-electric vehicle fleet.

On the other hand, I was told that it is “purchasing nine 40-foot hybrid-electric buses manufactured by Gillig.” When I asked why they didn’t purchase e-buses rather than hybrids, PSTA initially replied:

We decided against all-electric buses since there would be a need to construct charging infrastructure along the Bus Rapid Transit (BRT) route given the long route (10+ miles each way).

It then followed up with this statement:

Once the BRT is completed and we get the hybrid electric buses running we will be collecting data to see how we can integrate all electric buses BRT buses on the route.

I don’t really get it, since St. Petersburg now has this fantastic inductive wireless charging bus station, and PSTA’s current electric buses average 180 miles or 15 hours before having to recharge. Why would the PSTA spend a lot of money on hybrid buses when it could have gone straight to electric with this great new charging station?

This Florida city is a good case study for the need for clean public transport, and why, even in a city that publicly declares support for green energy and sustainability — it is very vulnerable to sea rise (Disclaimer: I live here and worry about that constantly) — the transition to clean energy isn’t happening as quickly or efficiently as it needs to be.

I’ve asked for further elaboration from PSTA, and will report back with an update.