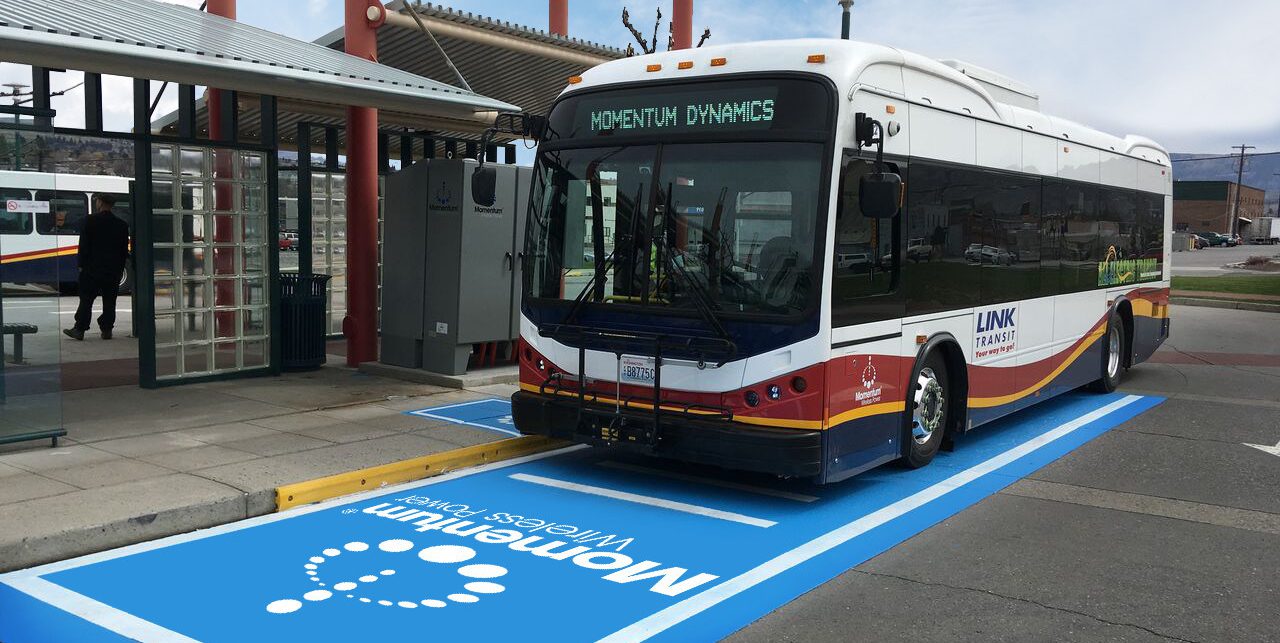 We have been skeptical about the usefulness of current wireless charging systems for electric vehicles, but now a new interesting system with a record charge rate (almost double Tesla’s current Supercharger) has been deployed for the first time and it is made specifically for electric buses.

We reported on Momentum Dynamics back in 2016.

At the time, they claimed that they will bring to market a 200-kW wireless charging systems by the end of the year.

It took them a little longer, but they announced this week that they now have an operational system deployed for a BYD K9S bus at Link Transit in Wenatchee, Washington.

“Across the globe, transit agencies are transitioning to electric buses as quickly as they can but driving range limitations are impeding faster adoption. These agencies have been waiting for a solution that will guarantee their new electric buses can drive any route while maintaining an adequate energy reserve under all conditions.”

Of course, charging efficiency and charge rate have always been the main problems with wireless charging technologies.

Momentum Dynamics clearly got the charge rate part figured out and when it comes to efficiency, they, unfortunately, didn’t release any specifics data, but they claim that “the system is more energy efficient than plug-in chargers of the same power rating.”

Plug-in charging systems are generally at least 90% efficient, but they are just now starting to reach a capacity of 200 kW and we don’t have much data about how they were able to maintain efficiency at the higher charge rate.

The company insists that its wireless solution is best for electric buses:

While this one in Washington State is the first, they say that more systems are planned in the US this year and in Europe next year.

Like I said in my article about Kia unveiled its own wireless charging system for the Soul EV electric car last week, I don’t think the convenience aspect of wireless charging is important enough to compensate for the disadvantages.

In the case, I admit that it certainly makes more sense for buses than cars if the system is quick enough to charge during short stops.

With this said, there are still a few things that we would need to know, like the cost of embedding the wireless charging pad in the pavement and the long-term durability of that pad.

We will keep an eye on the deployment and revisit after it has been used for a while.