The WowGo AT2 all-terrain electric longboard has just been unveiled by WowGo, introducing a new budget-minded option for off-road electric skateboarding.

Now the company has a new electric skateboard designed for riding off the beaten path: the WowGo AT2.

The WowGo AT2 features a pair of 1,500W belt-driving electric motors that propel the board up to a maximum speed of 25 mph (40 km/h). For those planning to take it a bit easier, there are four speed and power modes, allowing the rider to choose a more laid-back mode for easier riding.

The board rides on double kingpin trucks for tighter turns and large 175x50mm (7″x2″) pneumatic wheels for improved ride quality across rough terrain. 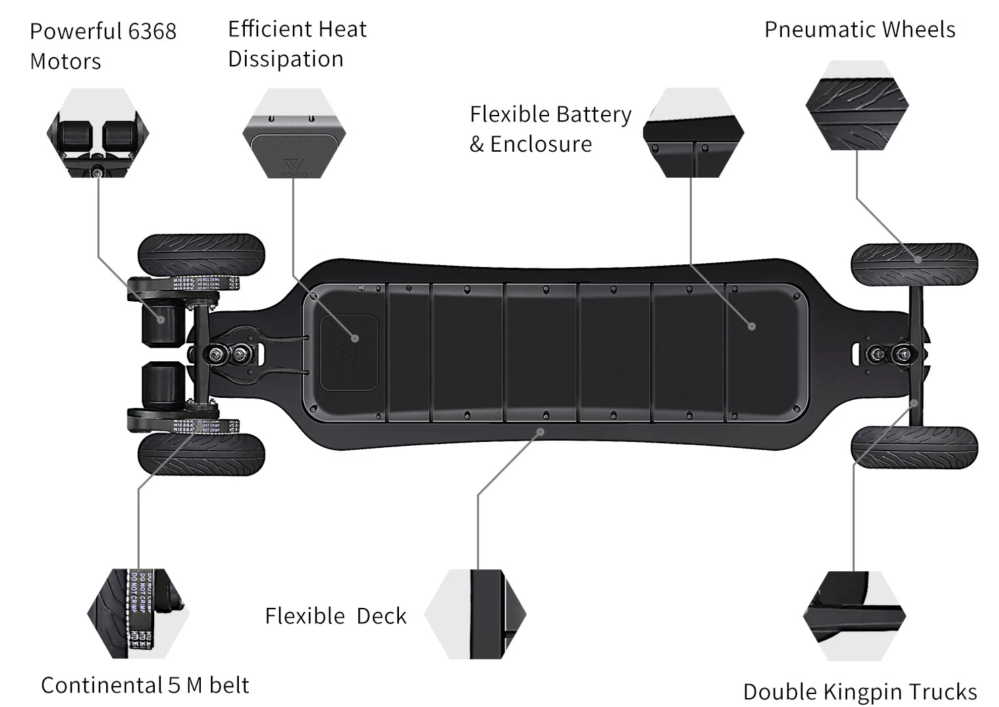 Further improving ride quality is the flexible deck, which houses a multi-segment 500Wh battery designed to flex with the board as the rider hits bumps. Since most longboards don’t feature actual spring suspension, a flexible deck and air-filled tires are the next best thing.

The deck is made from a combination of fiberglass, bamboo, and Canadian maple.

The wheels can also be swapped for large diameter 105mm or 120mm street wheels, if the rider wants to increase efficiency for street-only use. The board is also IP55-rated, meaning riders won’t have to fret about hitting puddles. 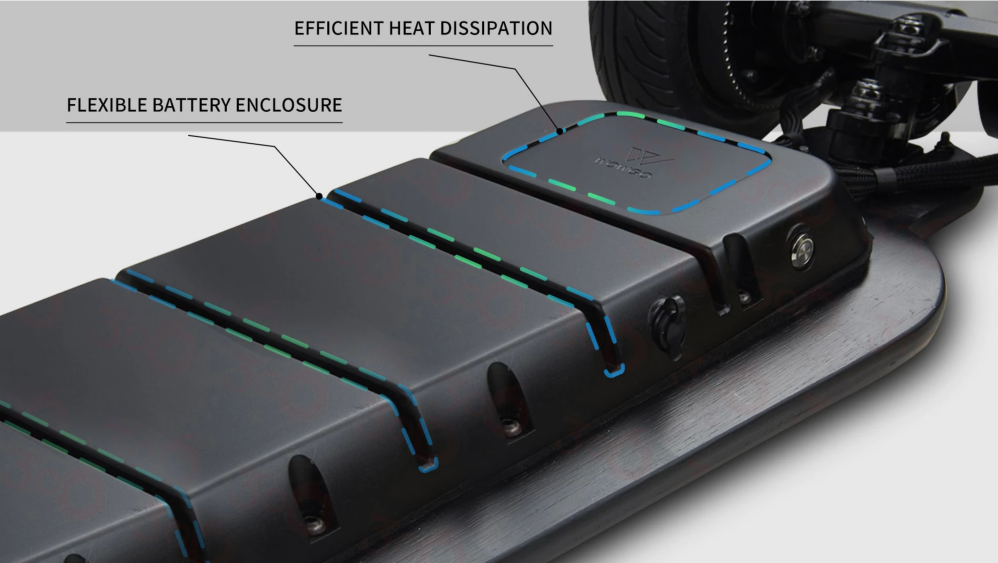 The WowGo AT2 uses a handheld wireless remote similar to the WowGo 3, which features an OLED screen for displaying the battery level of the remote and the board, as well as the speed, power level, and other riding data.

While that makes it the most expensive board WowGo has made to date, it’s nearly half the price of all terrain electric skateboards from other leading companies.

The new boards won’t start shipping until July 15. To hold you over until then, check out my review of the last new WowGo electric skateboard below.

It will be interesting to see how this competes against Backfire’s Ranger off-road electric skateboard. That one uses hub motors and airless wheels, while the WowGo AT2 uses belt-drive outrunner motors and pneumatic tires.

Both are priced reasonably compared to the leading brands, though I’ve only tried the Backfire at this point, so I can’t yet speak to how well the WowGo AT2 rides.

In general, I love these all-terrain boards, and not just for off-road riding. Unlike normal electric skateboard wheels that can feel dangerous running up against a nickel-sized pebble, all terrain-wheels roll over so many more obstacles and make great street boards too.

What do you think of the WowGo AT2? Let us know in the comments below!