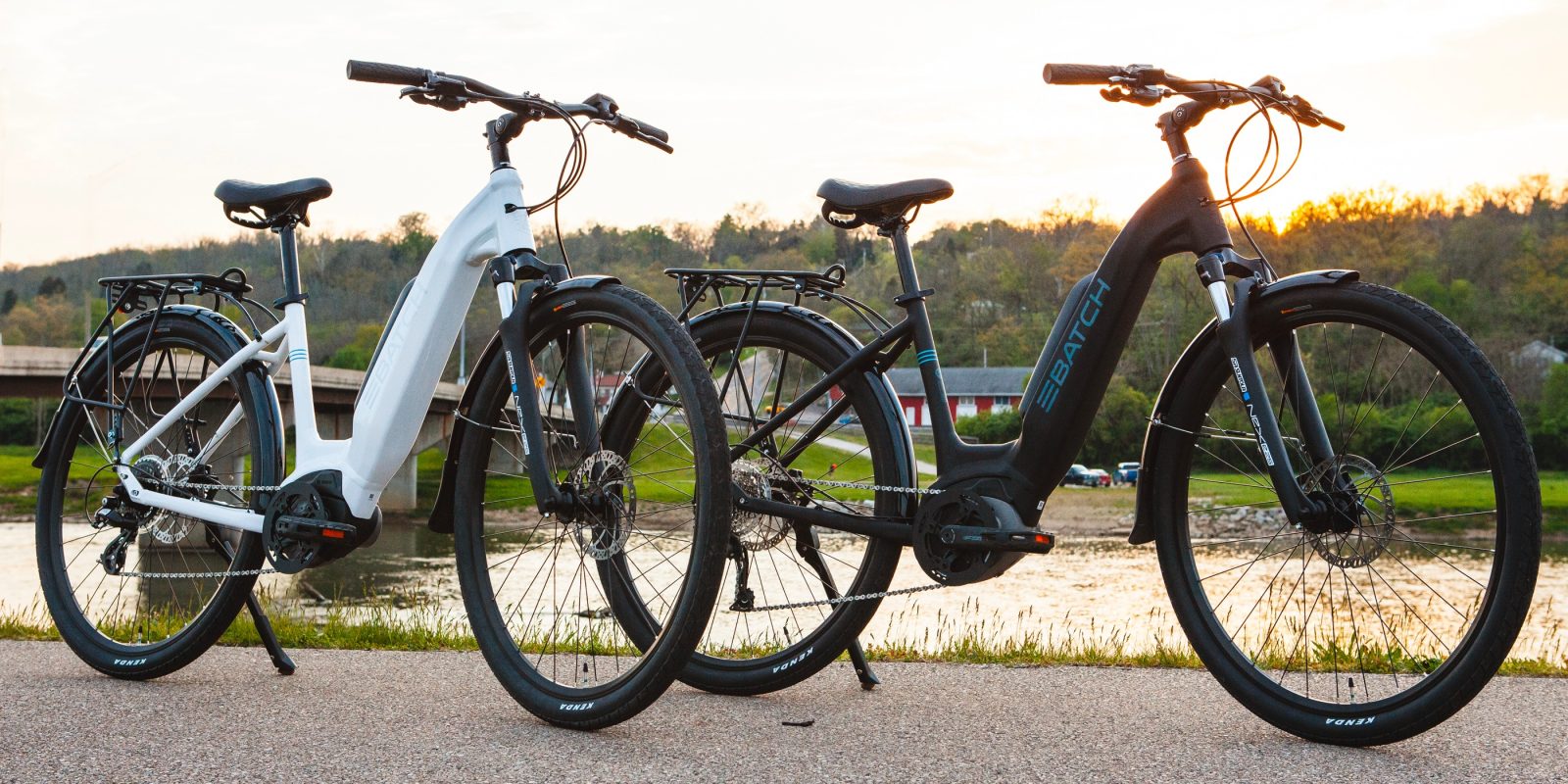 In the middle of a nationwide e-bike shortage in the US, Batch Bicycles has just launched two new e-bikes. The company is hoping their new Batch Step-Thru and Step-Thru Plus models will quench the public’s thirst for commuter-style electric bicycles.

Both of the company’s new models use a step-through frame designed for easy accessibility. The design also offers an upright riding position common to many comfort e-bikes.

The main difference between the two is the type of mid-drive motor used. The Batch Step-Thru sports a Bosch Active Line motor, while the Step-Thru Plus gets a slightly more powerful and torquier Bosch Active Line Plus Motor. Both propel the bikes to a maximum speed of 20 mph (32 km/h) using pedal assist. They also get slightly different Shimano drivetrains, with an 8-speed Shimano Altus on the standard model and a 9-speed Shimano Alivio on the Plus model.

The bikes lack a throttle, making them Class 1 e-bikes in most US states that employ the three-class e-bike system. 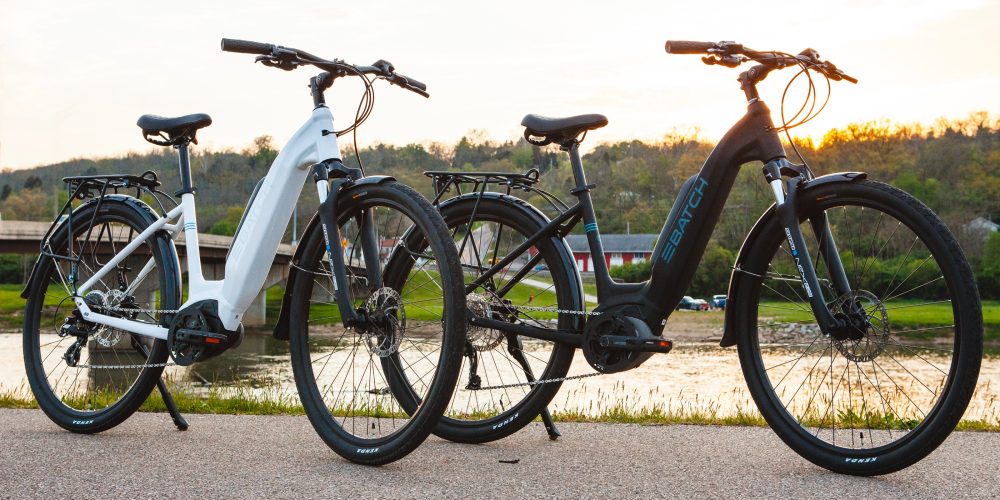 Both e-bikes also get the same Bosch PowerPack 400 batteries. Batch Bicycles doesn’t provide a range rating for the bikes, but the pedal assist-only operation means that even 400 Wh battery should be sufficient for nearly any city or suburban commute.

Other bikes with these batteries routinely see ranges of between 30-50 miles (50-80 km) on varying levels of pedal assist. 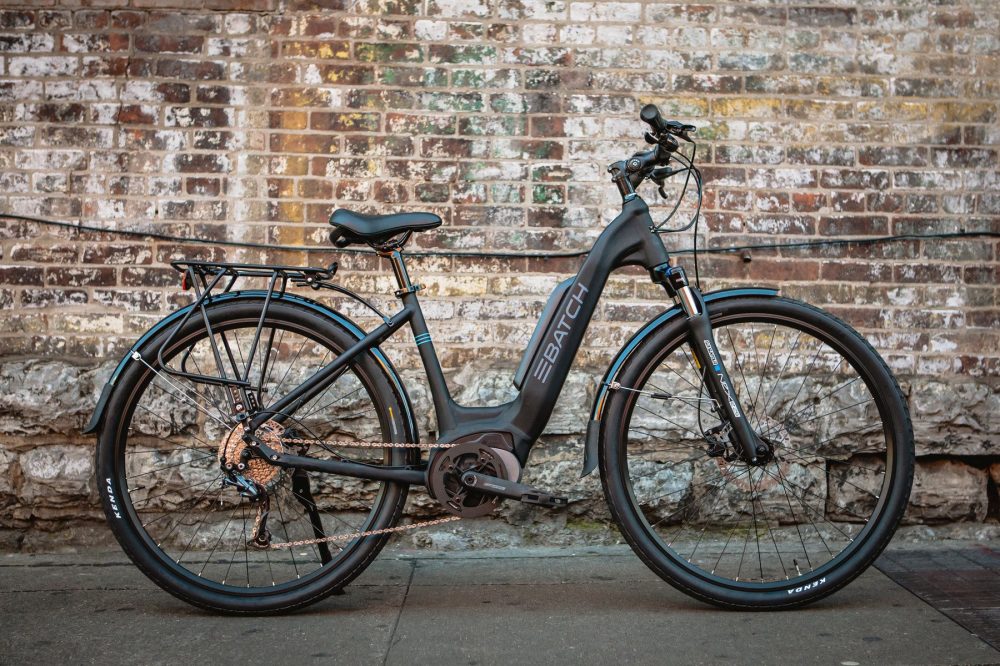 While Bosch does offer in-tube batteries that are hidden within the bike frame, the Bosch PowerPack style is designed to mount on top of most frames like a water bottle cage.

But that didn’t stop Batch from getting creative and designing their frame with a C-channel that nearly obscures the battery from view.

It’s a move we’ve occasionally seen on other e-bikes, but seems to be employed better on the Batch Step-Thru and Step-Thru Plus bikes. 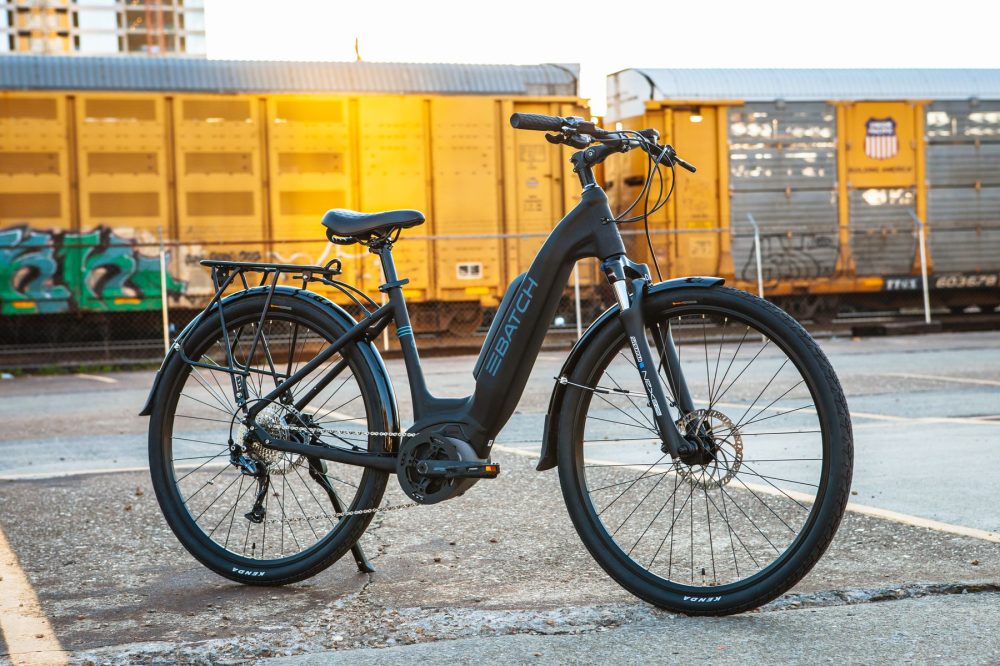 The bikes are outfitted with 700c tires, Tektro hydraulic disk brakes, a Suntour suspension fork, adjustable-angle stem to raise and lower the handlebars, and come standard with racks and fenders. Two frame sizes are available: an 18″ S/M frame and a 20″ M/L frame.

For anyone ready to swing their leg over one of the two bikes for a test ride, Batch maintains an extensive dealer network across the country – a move that other online retailers are quickly trying to adopt. To make one yours though, you’ll have to pony up $2,499 to $2,699, depending on the model. 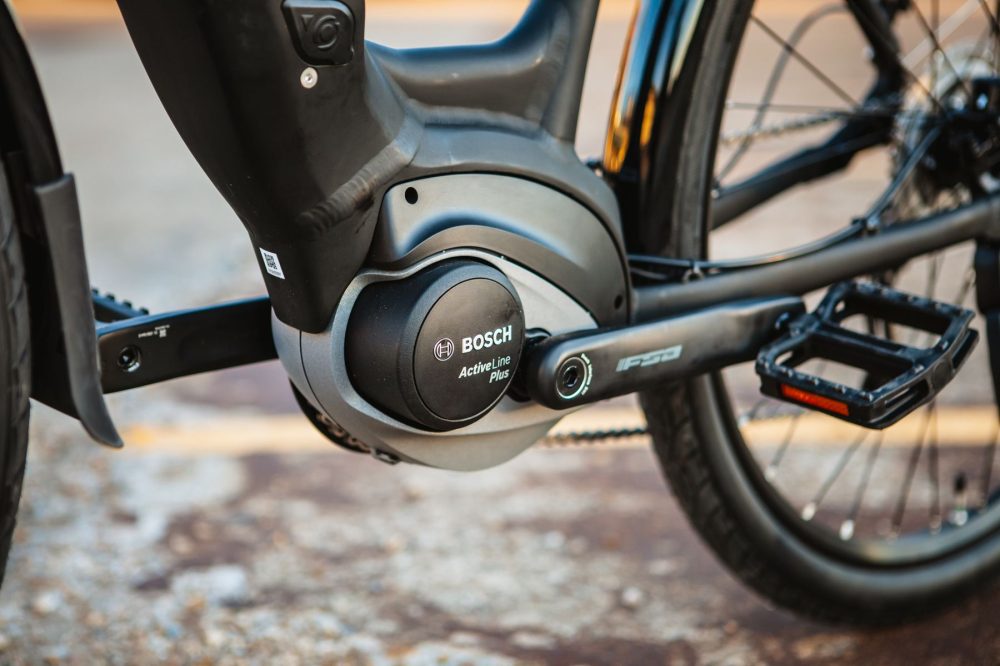 The new Step-Thru and Step-Thru Plus have bumped Batch’s total e-bike lineup from a single offering to a total of three bikes. We reviewed their first electric bike, the Batch E-Commuter, last year. The bike was notable for being one of the most affordable Bosch mid-drive e-bikes on the market.

While the Step-Thru and Step-Thru Plus are a bit more expensive than the original E-Commuter, they both offer features and components that were missing on the budget-priced E-Commuter.

I’ll give them creativity points for the battery mounting, that’s for sure.

And I’m glad to see racks and fenders as a standard feature – those are becoming a necessity these days with the number of people who are replacing many of their car trips with bikes.

At this price though, I would have loved to see included lights and a larger battery – though it’s also fair to say that pedal assist bikes can get away with smaller batteries.

While the price feels a bit high, there are two things helping float that price up that are both worth it in my opinion. First, Bosch motors aren’t cheap – but you’re paying for a well-engineered design that should last for years. And secondly, Batch has a wide dealer network, meaning you can try before you buy and you also have somewhere to go if you ever need maintenance or support for your bike.

Sure, you can save some money by getting a sub-$1k e-bike, but many people are prepared to pay extra for the peace of mind that higher-end electrical components and brick-and-mortar stores can provide.

What do you think of the new Batch Step-Thru and Step-Thru Plus e-bikes? Let me know in the comment section below!