The Batch Bicycles E-Commuter has accomplished the impossible: Create a Bosch Powered electric bike for less than $2,000. But on top of this, they’ve done it with local dealer support and made a functionally eloquent bike as well. But how did they do it?

The electric system, the Bosch Active Line motor, is at the heart of it all. While it’s not the best of the bunch, the Active Line motor still has access to some of the best of the Bosch features: nationwide dealer support, high reliability, high resale value, fantastic range for the battery size, and top-shelf pedal assist from one of the leaders in the industry. If you haven’t tried it yet, Bosch provides one of the smoothest pedal assist systems on the market today on all of their motors.

Not quite. The first time I tried one was in 2014, with the launch of Bosch’s 2nd Generation eBike systems in the US. Back then, the only way to get one was to shell out $3,999. Things have changed a lot in five years. Now, the 3rd-generation active line motor on the E-Commuter is much lighter and smaller, it utilizes a larger chainring, and the internal reduction gearing has been removed. This allows the system to be offered at a much lower cost. However, there are a couple drawbacks. 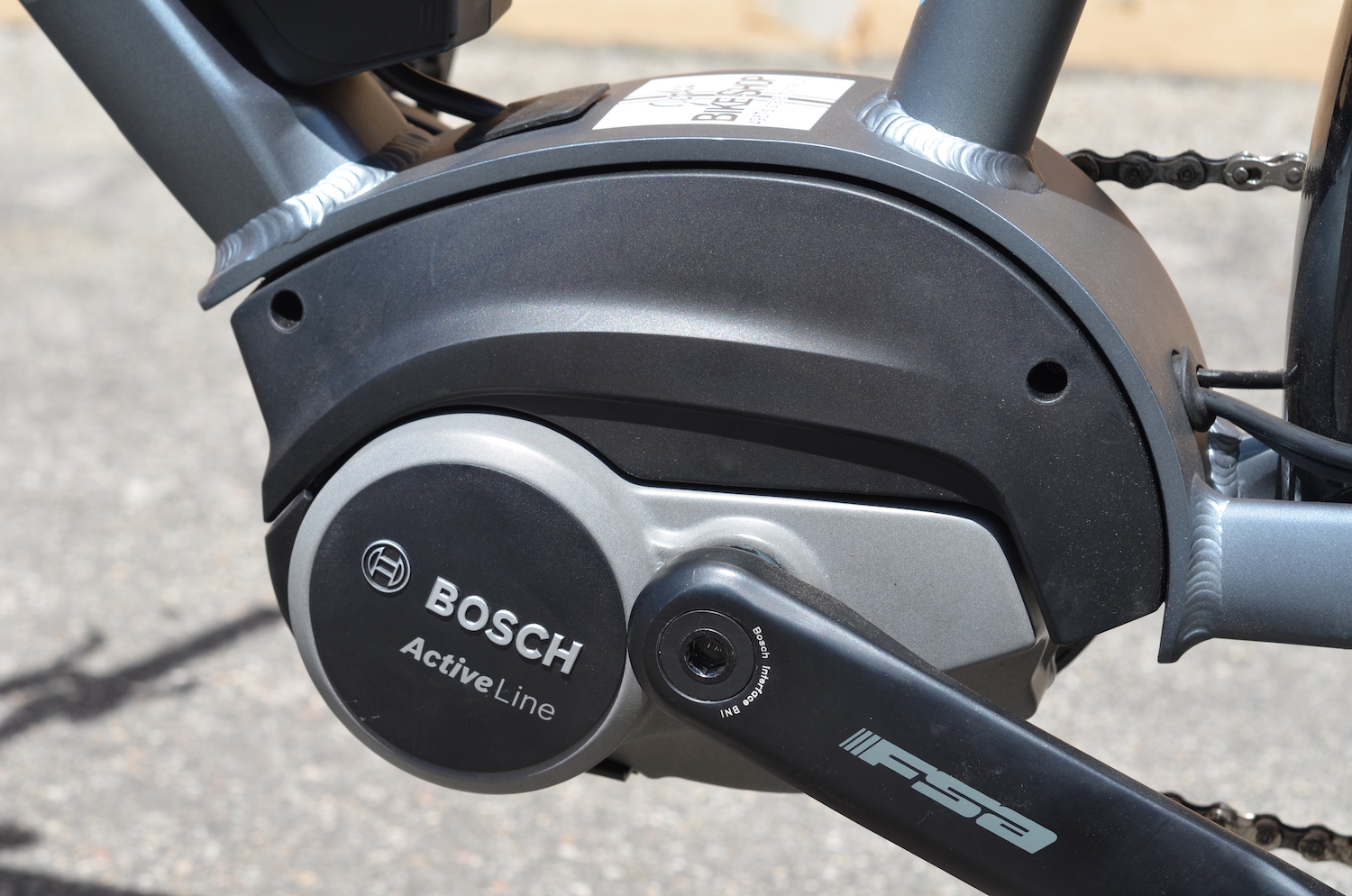 First and foremost, the Active Line motor puts out the lowest amount of power on the Bosch lineup — 40 nm compared to nearly double their top-end cargo, and MTB models can do 75 nm. Also, the small display on this system provides very little information for the detail-oriented cyclist. Speed and battery are the only constants, with a variable display that can be toggled from PAS to a trip set and timer. The battery pack on the E-Commuter is the old standard of 400 wh. Some might insist on a larger pack, but in my experience, the battery lasts longer than the rider wants to be on a bicycle seat. 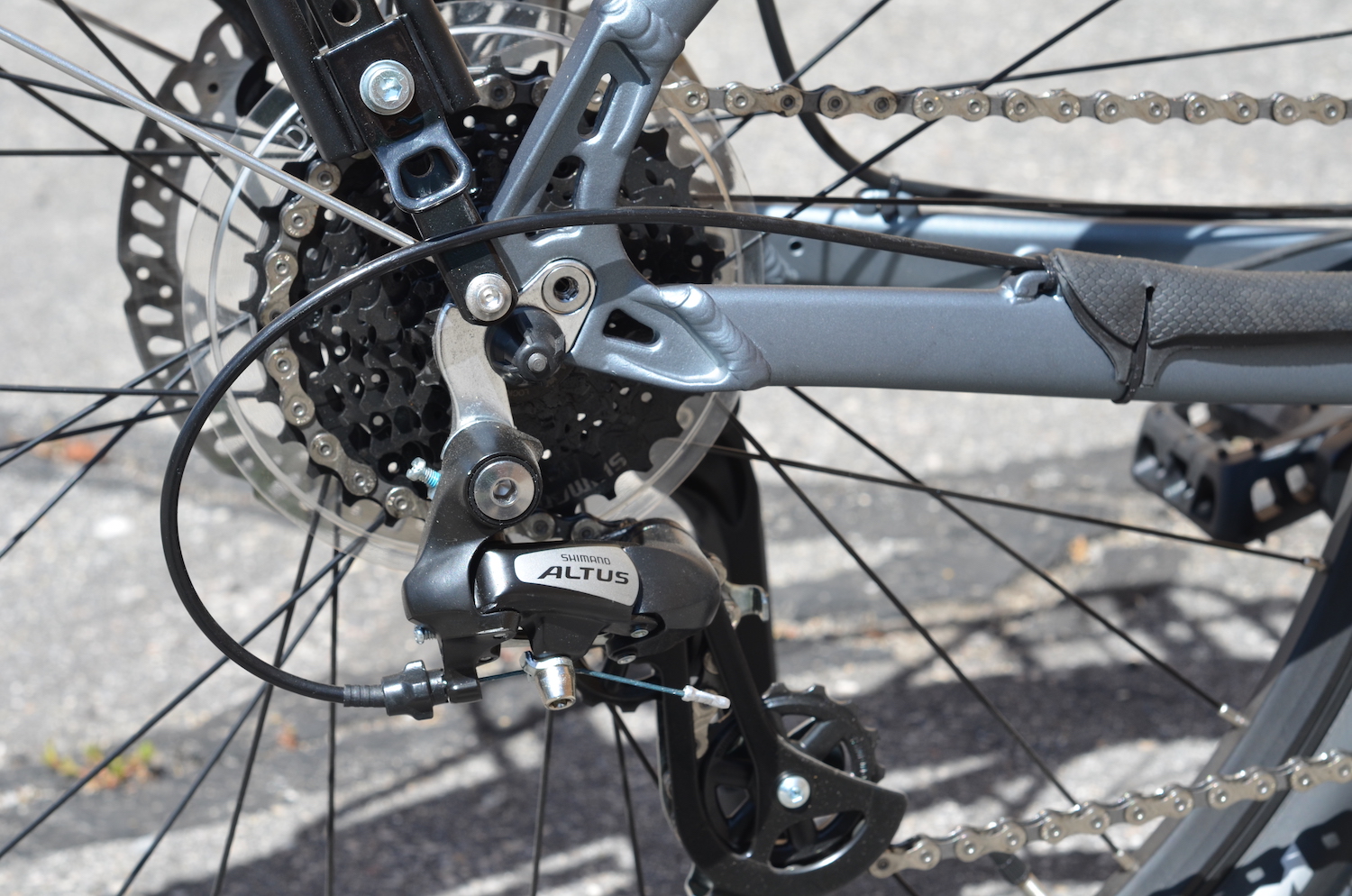 Mechanically, the E-Commuter uses a simple mix of commuting and fitness components that any bike shop is familiar with. Shimano altus derailleur is great for commuting, and the Tektro Hydraulic Disc brakes make stopping worry-free. A great set of brakes is an important point for urban commuters, who are forced by their car-bound peers to react quickly.

Batch eBike on the road

Fortunately, the rider can focus well on the road because the handlebars are free from clutter, and the motor is practically silent and propels as smooth as Luther Vandross’ voice. This is in stark contrast to the forward riding position, which pushes the rider’s weight forward into the rubber grips. If the rider leans back to alleviate the pressure, they’re met with a fairly stiff saddle. Luckily, it’s an easy fix with a trip to the bike store for customization.

Though it drives up the total cost of the bike a few hundred bucks, I’d opt for a leather seat, suspension post, ergonomic grips, and adding visibility, too. Visibility is my second complaint about the E-Commuter. Aside from the standard issue strap-on reflectors, there are no reflective sidewalls on the tires, and no integrated or spare lights. For an electric bike made for commuting, the E-Commuter should have some visibility equipment. Without it, the bike is only suitable for riding during daytime hours. 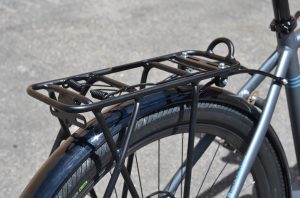 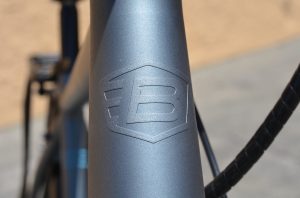 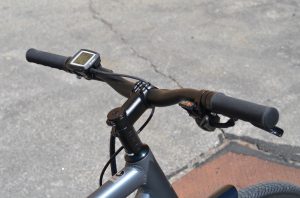 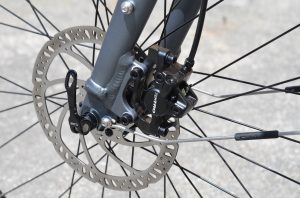 This bike is only available from brick-and-mortar stores that carry Batch Bicycles. This is a great aspect of the bike. The customer receives professional assembly, tactile access to accessories, and also gets the great benefit of local support for mechanical and electrical repairs. Bosch occasionally has updates for their electric system. Having this performed at your local shop is the only way to get that benefit.

If you’re like me, customizing the bike is just as much fun as riding it, so you might enjoy using your own lights, grips, and reflective accents, and I think everyone can agree they would rather choose their own seat. After that, you’ll be ready to tackle the long commutes that this bike can deliver. 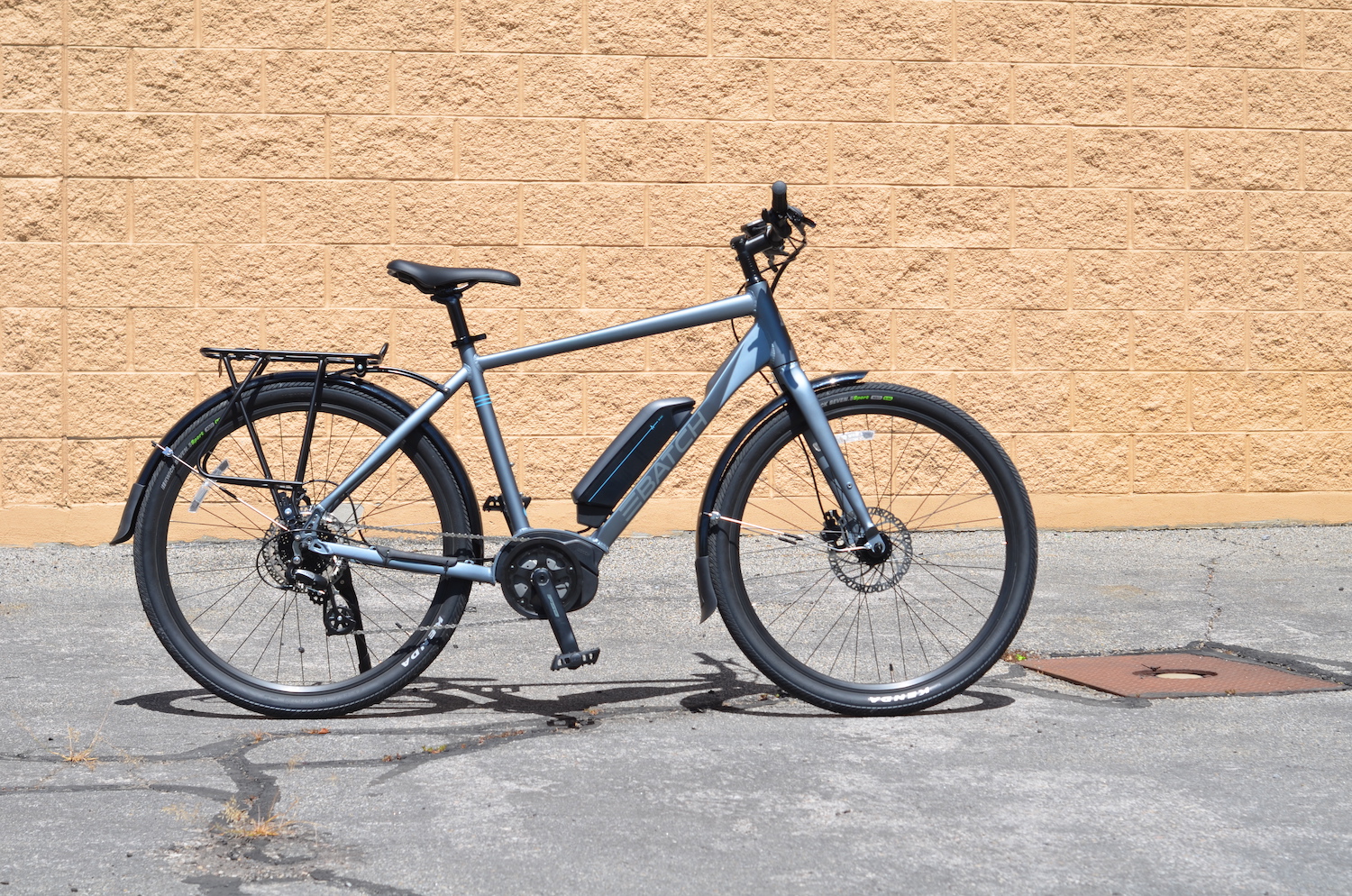 I’ve personally ridden a Bosch-powered eBike for 49 miles of total range in one sitting, using the same battery pack and an older and not as temperate motor. With the Active Line motor on this bike, combined with the 400 wh battery and fairly light frame and higher torque cap for gearing, I would easily commit to a 30-mile ride with the Batch Bicycles E-Commuter. Nobody can promise how much range a bike will do with various riders in various terrain on various days. However, in my experience, I would roughly estimate from 35 to 60 miles on a single charge. Depending on your average speed, that’s anywhere from 1.5 to 4 hours on a bike seat. Be sure it’s comfortable.

Price point and distribution are the real winner on this bike. For the money, you’re getting that smooth-as-butter Bosch Pedal Assist with nearly all the fixings. Other parts of the bike are about on par, with the lack of commute-ready accessories being one of the few things lowering the overall score.