Fiat-Chrysler Automobiles (FCA) has been very slow to introduce electric cars. The Chrysler brand has the 22-mile Pacifica minivan plug-in hybrid, and the new Fiat 500e is coming back to the US next year. But its other brands — Dodge, Jeep, and Maserati ­— continue to tease plans that are taking a long time to materialize. Now there’s news that Alfa Romeo, FCA’s sporty Italian brand, will introduce a plug-in hybrid SUV next year, followed by an all-electric compact SUV in 2022

The UK’s Autocar reported this week that Alfa Romeo is preparing its first pure EV as a “subcompact SUV.” That’s about the size of a BMW X1 and smaller than a Volvo XC40.

Before that yet-unnamed 2022 Alfa EV arrives, the brand will introduce the Tonale, a larger mid-size SUV with a plug-in hybrid powertrain. The concept version debuted at the 2019 Geneva Motor Show and should provide about 30 miles of all-electric range. The Tonale will be built on FCA’s platform that underpins the Jeep Compass and Renegade.

This is how Alfa Romeo described the Tonale PHEV’s capabilities:

The plug-in hybrid propulsion system enhances the beauty, sporty, and dynamic driving characteristics of each Alfa Romeo model, taking them to a new level. In Tonale, electrification embraces performance and represents a new way to achieve high performance and outstanding driving fun. 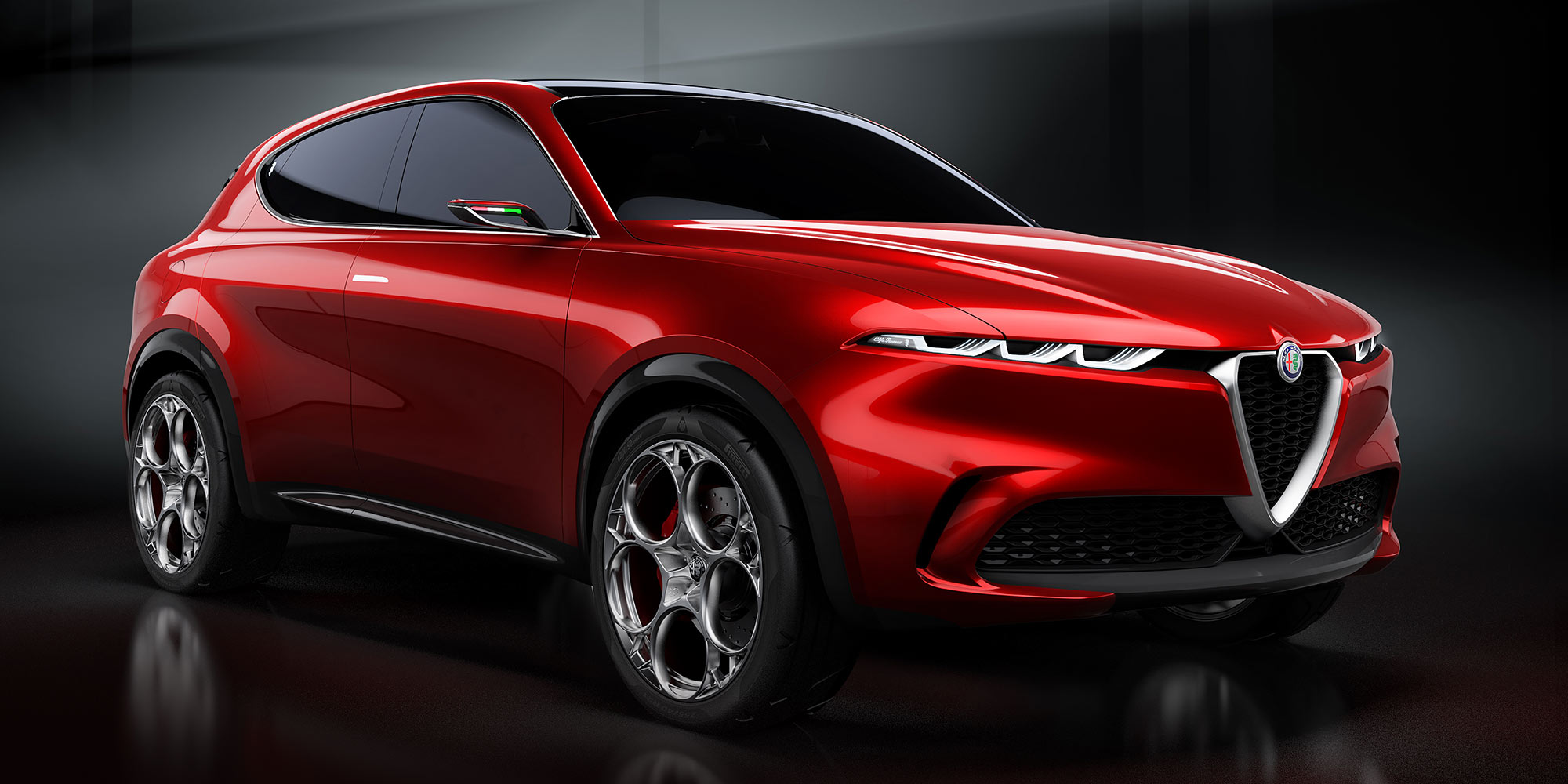 If Alfa Romeo’s plans pan out, it will have two SUVs with plug-in capability by 2022. Of course, there’s no guarantee that these models will come to the US. Fiat Chrysler relies on “pooled” purchased credits from Tesla sales in Europe to meet regulations there.

FCA announced in October 2019 that it would build a new battery assembly complex in Turin as part of its overall e-mobility strategy. The new “Battery Hub” will be located in its Mirafiori complex.

It’s been two years since FCA said it would have at least four new EVs by 2022. Well, the countdown continues.

In 2017, Jeep said it would introduce an electric Wrangler by 2020. Then in March, Jeep dangled the prospect for a high-performance, all-electric Wrangler Rubicon, among other plug-in models. Let’s hope there’s more substance to Alfa Romeo’s promises.

The other wild card is the FCA merger with the PSA Groupe, which is set to be finalized late next year.

In March, Tavares said, “We are selling our electric vehicles to green addicts.” And in December 2019, there were reports of technology sharing between FCA, Faraday Future, and Seres (formerly SF Motors).

It’s exhausting. The reports, hints, stories, rumors, and executive comments continue. But still no EVs that we can drive.