Lightning Motorcycles is not just an electric vehicle company that thinks outside the box; its latest vehicle gets rid of the box entirely, opting instead for a fully enclosed motorcycle fairing.

California-based Lightning Motorcycle’s past projects have included the fastest electric motorcycle in the world, known as the LS-218, as well as a new model of affordable electric sport bike known as the Lightning Strike.

The former has been in (very) low-volume production for years, while the latter is apparently already making deliveries, though we haven’t seen very many in the wild.

But that hasn’t stopped the company from apparently advancing on an ambitious new project: a fully enclosed electric motorcycle. 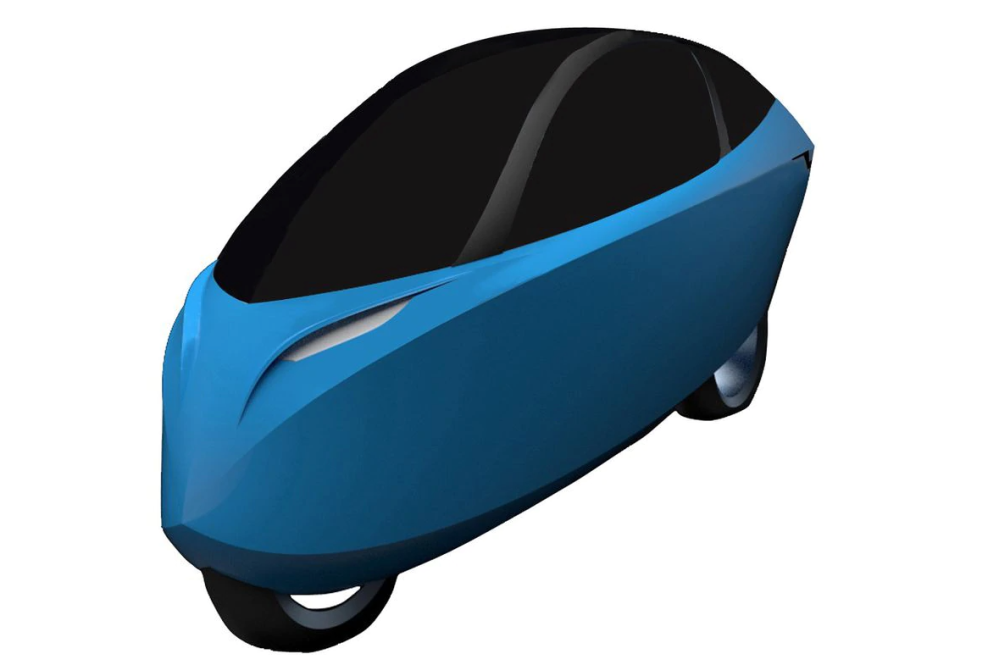 Diagrams of the new enclosed bike were found in Chinese patent filings, according to CycleWorld.

And that would make sense, as Lightning was confirmed to have set up a Chinese factory last year. Plus, it is common for American companies to file Chinese patents — sometimes even before filing US patents — as a way to ward off imitators. With a valid Chinese patent, infringing products can be stopped before even leaving a Chinese port.

While the idea of Lightning working on an enclosed electric motorcycle seems a bit far-fetched at first, you might want to give this report a bit more credence. Late last year when I interviewed Lightning Motorcycles CEO Richard Hatfield, he cryptically discussed some upcoming secret projects:

We also have a couple of other projects that we are working on right now and that we’re very excited about, that are very aerodynamic and efficient projects — something that nobody is really producing at this point. We’ve done quite a bit of CFD [computational fluid dynamics], we have a scale wind tunnel in house, and we have a full-size wind tunnel about 15 miles from our site that we use.

At the time I wasn’t sure what to make of it. I assumed it was just a way to improve the efficiency of electric motorcycles with a better fairing design. Which in hindsight could still technically be correct, but I certainly wasn’t expecting something this radical.

We can’t see too much from the diagram yet, though the headlights are fairly distinctive and shared by both of Lightning’s existing electric motorcycle models.

The geometry of the vehicle’s profile also seems to imply a car-style seating position rather than a typical motorcycle mount.

But there are still some major details missing, such as how the bike stabilizes at slow speeds. Other, more eccentric concepts have used flywheels and gyroscopic force to balance at rest on two wheels. It’s more likely that outrigger wheels would deploy at low speeds, but this is of course pure speculation until Lightning decides to shed a little more light on the subject.

We’ve reached out to Lightning for comment, and will update if we can get any more details.

Until then, let’s hear what you think. Would you ride (or drive?) an enclosed electric motorcycle like this? Let us know in the comment section below.