EGEB: 440 US oil and gas leases canceled to protect sage-grouse 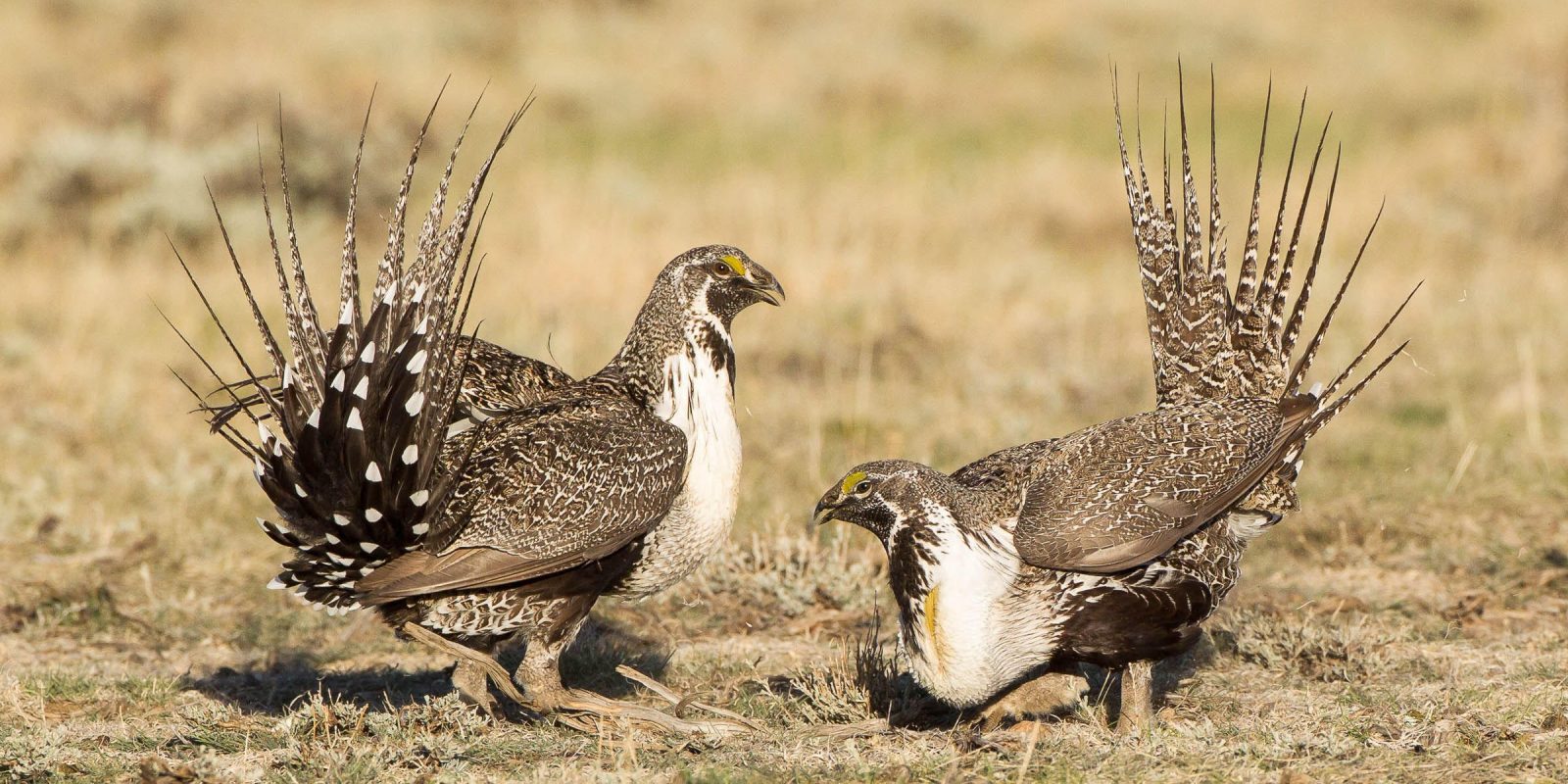 In early May, Electrek reported, US District Court Judge Brian Morris told the Bureau of Land Management (BLM) that it failed to adequately assess the environmental impacts of oil and gas leases in Montana. Morris then set aside hundreds of those leases in eastern Montana.

Strike 2 for the BLM and fossil fuels landed yesterday from Judge Morris when he invalidated 440 oil and gas leases sold across the West. Morris ruled that the BLM did not properly follow a plan to protect sage-grouse (pictured) habitat on more than a million acres of public lands.

The sage-grouse is an iconic bird species of the American West whose numbers have plummeted in recent decades.

This court ruling reaffirms that the administration has continued to act in bad faith. A deal’s a deal, and you can’t simply bulldoze the hard fought agreements built across the West to protect the sage-grouse. We’re hopeful that this will lead to the reversal of similarly illegal oil and gas giveaways in more states.

The Sierra Club, based on new analysis from the Political Economy Research Institute at the University of Massachusetts Amherst, has released a plan for US economic renewal. The environmental group sent a letter to Congress in April detailing stimulus priorities.

The Sierra Club asserts in the report that 9 million jobs could be created every year for the next 10 years “while building an economy that fosters cleaner air and water, higher wages, healthier communities, greater equity, and a more stable climate.” Further, this plan also would enable a 45% reduction in pollution by 2030.

The proposed stimulus plan would cost less than $2.9 trillion to employ over 9 million people every year for five years. That’s less than half the amount that the US government spent on stimulus packages in March and April.

Here’s the breakdown of 9 million jobs per year:

The British government requested a full-year delay for the COP26 Climate Summit in Glasgow yesterday. It has written to the UN’s climate change secretariat to move it to November 1-12, 2021, due to the pandemic. There was a possibility that the Glasgow summit could be held next spring, but co-hosts Britain and Italy have pushed the date back. The UN is expected to approve the request.

Due to the disruption of the pandemic, countries see the extra time as beneficial to increase momentum and further finalize climate-crisis plans.

The letter to the UN states:

Given the uneven spread of COVID-19, this date would present the lowest risk of further postponement, and the best chance of delivering an inclusive and ambitious COP.

Postponement of COP26 does not mean postponement of climate action. We must scale up action to respond to the climate emergency. It is vital that all Parties increase ambition by submitting enhanced Nationally Determined Contributions (NDCs) and long-term strategies that chart a path to net zero; that support is enhanced and the $100 billion climate finance goal is met; and through scaling up action and support for adaptation.