Mazda yesterday began production of the all-new, all-electric Mazda MX-30 at its Ujina plant No. 1 in Hiroshima, Japan. The company is keeping its first pure EV moving forward to answer the demand for electric vehicles in Europe where stricter CO2 reductions are in place.

The MX-30 is capable of AC charging at 6.6kW. It supports DC charging at up to 50kW with either the CHAdeMO or CCS standard, based on the local market. Given a relatively small battery, DC quick charging from empty to 80% takes about 40 minutes.

In an official press release, Mazda played up the MX-30’s design:

Its uncompromisingly simple styling emphasizes the MX-30s beauty as a solid mass, while center-pillarless freestyle doors and a framed glasshouse hint at the open, spacious feeling of the cabin.

The barn-door design is not dissimilar to the BMW i3, where the front door opens first. The smaller half-door, which doesn’t have an exterior handle, then opens to create access to the backseats.

By 2030, every car we make will feature our e-SkyActive electric-drive technology as we work to reduce CO2 emission.

Mazda more recently revealed it is working on a range-extender version of the MX-30, which will pair its signature rotary engine with an electric motor to boost driving range.

The MX-30 arrives in European dealerships in fall 2020. The crossover, which is about the size of a Mazda CX-3, is expected to have a starting price of around $35,000. 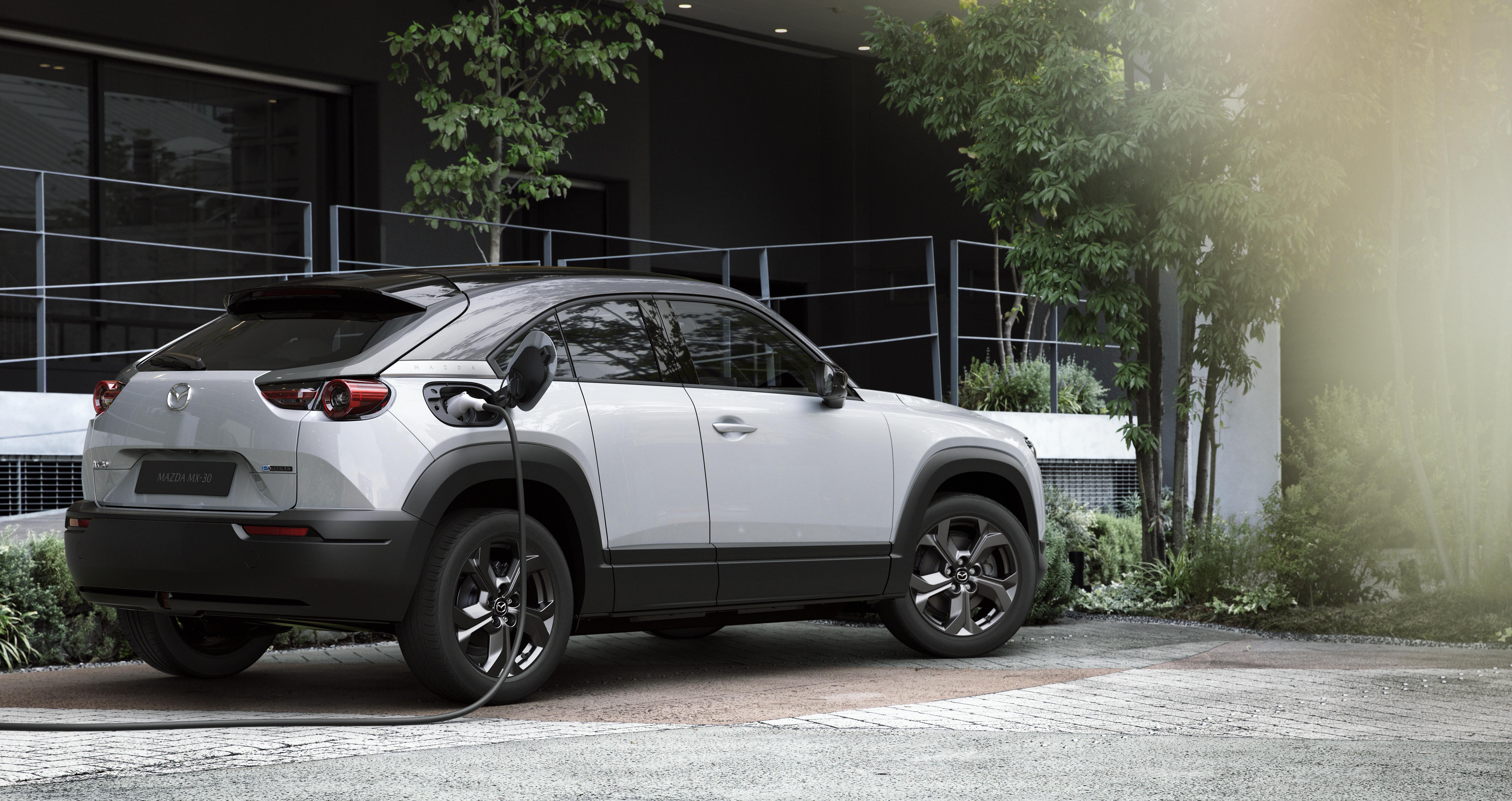 It’s not clear yet if the electric Mazda will go on sale in the US. Car and Driver says we should expect it in late 2020 or early 2021, while Automotive News reports that it’s not yet decided.

The way they discussed which countries would get the car was more about priorities rather than an absolute yes or no to certain markets.

In other words, regulatory priorities will dictate which markets get the all-electric MX-30.

We’re glad to see the MX-30 move into production. Several competing new EVs with low range below 150 miles will be sold in Europe and Asia, but not the US. However, Mazda apparently has not ruled out offering the all-electric MX-30 in the United States.