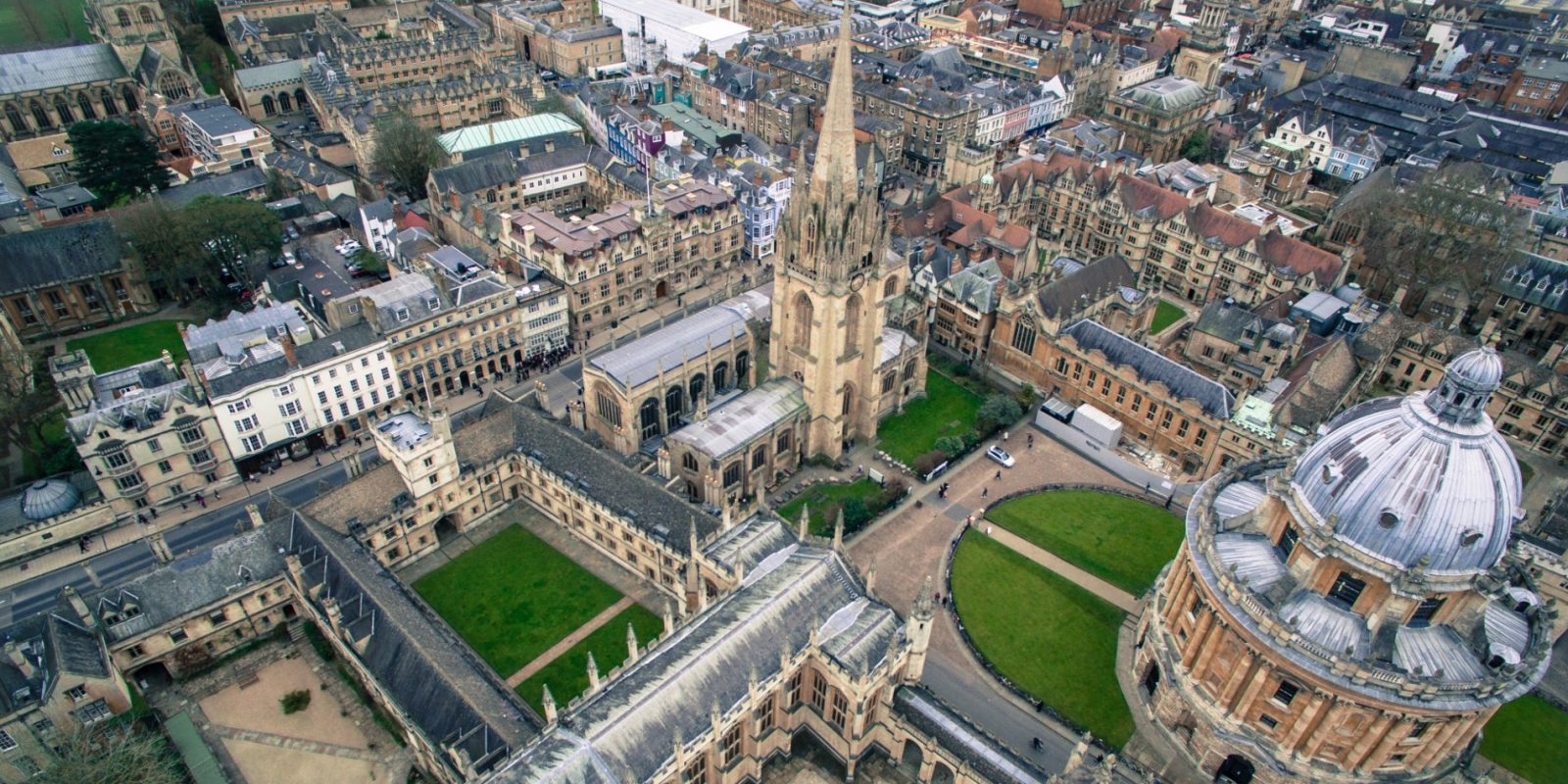 Oxford University in the UK is cutting ties to the fossil-fuel industry by divesting its £3 billion endowment from fossil-fuel assets. It will also ask its fund managers to demonstrate evidence of net zero emissions business plans.

The university said it would follow the practices in its own Oxford Martin Principles for Climate-Conscious Investment. (Makes sense, right? Have to put your £3 billion where your mouth is.) That document includes a framework that determines whether investments are compatible with the Paris Agreement.

Students have put pressure on the university in recent years with protests, including campaigners occupying St John’s College over its £8 million investments in BP and Shell.

Oxford had more investments in fossil fuels than any other university in the UK, apart from Cambridge, which has yet to divest.

According to the BBC, the Oxford Climate Justice Campaign (OCJC) said the resolution was of “historic importance.”

At the 11th Petersberg Climate Dialogue, which was held virtually this year, UN secretary general António Guterres yesterday urged around 35 governments to “devote economic rescue packages for the coronavirus crisis to businesses that cut greenhouse gas emissions and create green jobs,” according to the Guardian.

Where taxpayers’ money is needed to rescue businesses, it must be creating green jobs and sustainable and inclusive growth. It must not be bailing out outdated, polluting, carbon-intensive industries.

It will be all the more important that if we set up economic stimulus programmes, we must always keep a close eye on climate protection.

Guterres pointed out that the US and China need to stop their destructive climate policies:

Let us not forget that the G20 countries collectively account for more than 80% of global emissions and over 85% of the global economy.

All of them must also commit to carbon neutrality by 2050.

The Paris Agreement was largely made possible by the engagement of the United States and China.

Without the contribution of the big emitters, all our efforts risk to be doomed.

The Guardian details the counterproductive measures the US and China are up to:

In the US the bailout of the airline industry is set to go ahead without conditions attached on their emissions, while the White House has moved to weaken a raft of environmental regulations. In China, subsidies for fossil fuel vehicles and the easing of permits for coal mining are also likely to raise emissions.

Nestlé UK has made a 15-year power purchase agreement (PPA) with Danish wind energy giant Ørsted. This will give the food and beverage giant a share of a wind farm off the UK’s Norfolk coast, in the east.

Starting on May 1, the 125GWh deal will cover half of Nestlé UK’s power consumption in the UK. Stefano Agostini, chief executive for Nestlé UK and Ireland, said:

With our partnership with Ørsted we are now able to cover 100% of our electricity from wind power, another huge milestone in our efforts to become a sustainable business.

This is the biggest fixed-price power deal Ørsted has signed with a corporate customer in the UK to date.

Electrek last wrote about Nestlé wanting to draw out the maximum amount of 1.152 million gallons of water a day from a Florida spring, which environmentalists feel is a serious threat.