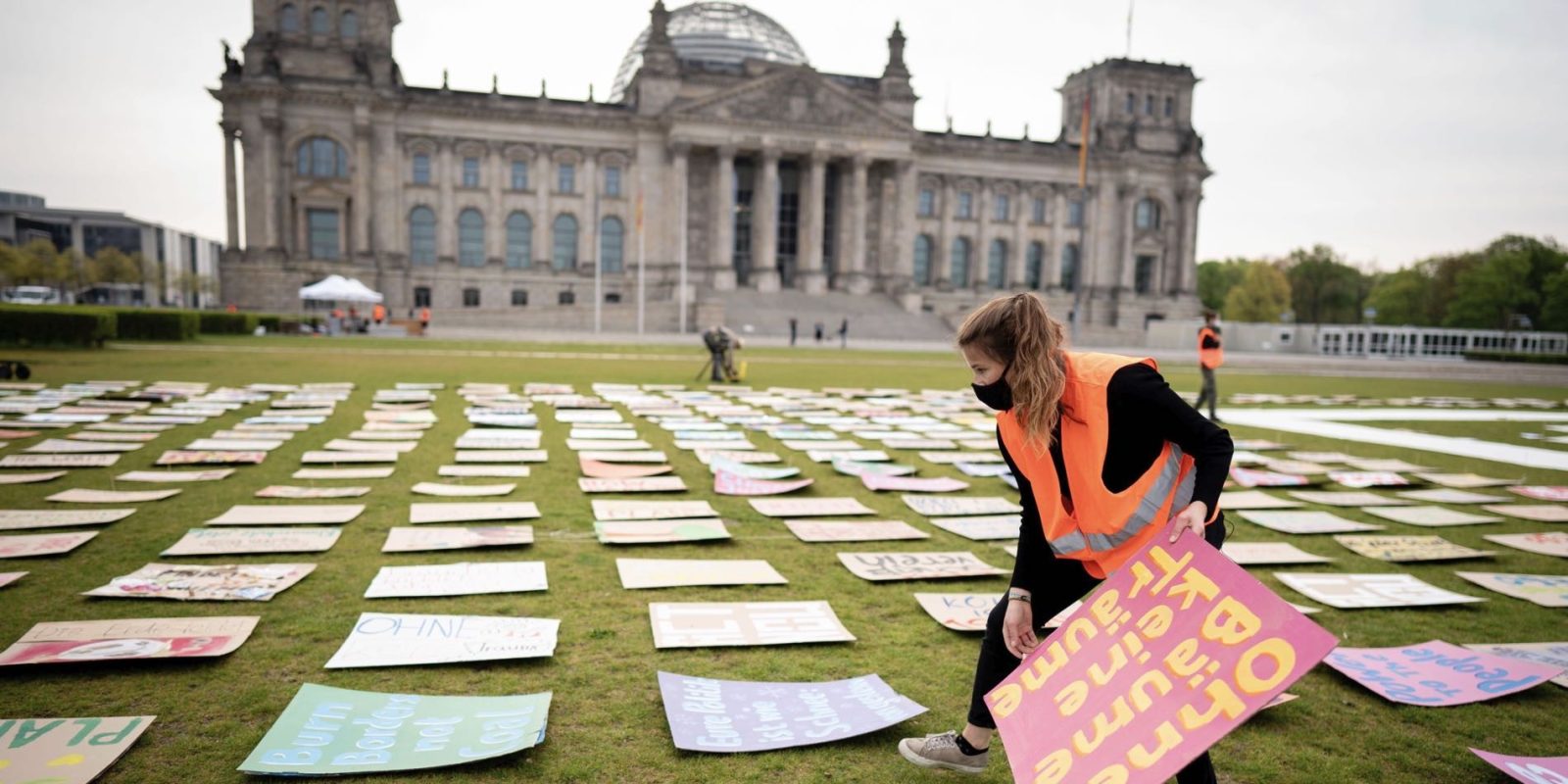 The 11th Petersberg Climate Dialogue (PCD), which is always organized by Germany, is being held for the first time as a video conference today and tomorrow, April 27-28. Around 35 environment ministers are meeting virtually in order to make progress on cutting greenhouse gas emissions.

The UK’s Alok Sharma, as president of the next Climate Change Conference (COP26), in Glasgow, is co-chairing this year’s PCD with Germany:

Delighted to co-host the Petersberg Climate Dialogue with 🇩🇪.

During these difficult times, our commitment to urgent #ClimateAction has not wavered.#COP26 can be a moment the 🌍 comes together to ramp up momentum towards a climate-resilient, zero-carbon economy.#PCD11 pic.twitter.com/nTJ72L0LWT

Here’s what the other co-chair, German environment minister Svenja Schulze, had to say:

In times like these, multilateralism is more important than ever. Climate change remains a global threat. That is why I strongly welcome the discussions at #PCD11. The central question is how to make our economies and societies more sustainable in the recovery process. pic.twitter.com/vNaVuaXtyE

Live streaming can be watched here, and heads of states’ video statements can be seen here.

Businesses, unions, scientists, cities, and NGOs are also participating at Petersberg for the first time.

Meetings will focus on how the international community can emerge from the pandemic in a more resilient and climate-friendly way.

This year’s Petersberg Climate Dialogue will focus on how we can organize economic recovery after the acute crisis management, and how countries can proceed with ambitious climate action despite the postponement of COP26. The goal is a green recovery. This means not only creating new jobs but also advancing climate action in ways that make the entire world more resilient. It also includes the question of how to design stimulus programmes that will facilitate a more committed climate policy in future.

Who is and isn’t on board for green recovery

60 German companies said in a letter ahead of the PCD:

We appeal to the federal government to closely link economic policy measures to overcome both the climate crisis and the coronavirus crisis.

But not all companies are keen:

Car makers are already lobbying to prevent the announced tightening of emissions limits on cars, airlines for a waiver on jet fuel taxes, and the plastics industry for an appeal of the ban on some plastics products.

EU green chief Frans Timmermans said every euro spent on economic recovery measures after the coronavirus crisis would be linked to the green and digital transitions, according to the BBC.

Meanwhile, China is plowing ahead with its carbon-intensive path, and Donald Trump is still desperately clinging to the idea of rescuing fossil fuels in the US. But the UK climate economist Lord Stern told BBC News:

The immediate priority is the current COVID crisis — but then we have to build for the future.

Timmermans is right and Trump is wrong. We should only be bailing out firms that are going to contribute to tackling climate change.

They don’t have be be ostensibly clean tech firms at the moment — but they do have to be committed to cutting their emissions in line with international targets.