Tesla (TSLA) is about to release Q1 earnings; here’s what to expect

Tesla (TSLA) is set to announce its first-quarter 2020 financial results tomorrow, Wednesday, April 29, after the markets close. As usual, a conference call and Q&A with Tesla’s management is scheduled after the results.

Below we’ll take a look at what both the street and retail investors are expecting for the quarterly results.

Tesla already released its Q1 2020 numbers confirming that it achieved its best first-quarter ever with 88,400 deliveries and the production of 102,672 cars.

The automaker beat Wall Street expectations amid the start of the coronavirus pandemic in the US.

While it was the best first quarter ever, it broke a series of quarterly growth for 3 quarters in a row ending with Tesla’s record quarter in Q4 2019 when the automaker delivered 112,000 cars and produced 104,891 cars.

Wall Street’s revenue consensus for Tesla during the first quarter is $6.113 billion, and Estimize, the financial estimate crowdsourcing website, predicts a slightly lower revenue of $6.092 billion.

This is less than the $7.047 billion Tesla reported in revenue during the previous quarter, but it is a lot more than the $4.5 billion that the automaker reported in Q1 2019. 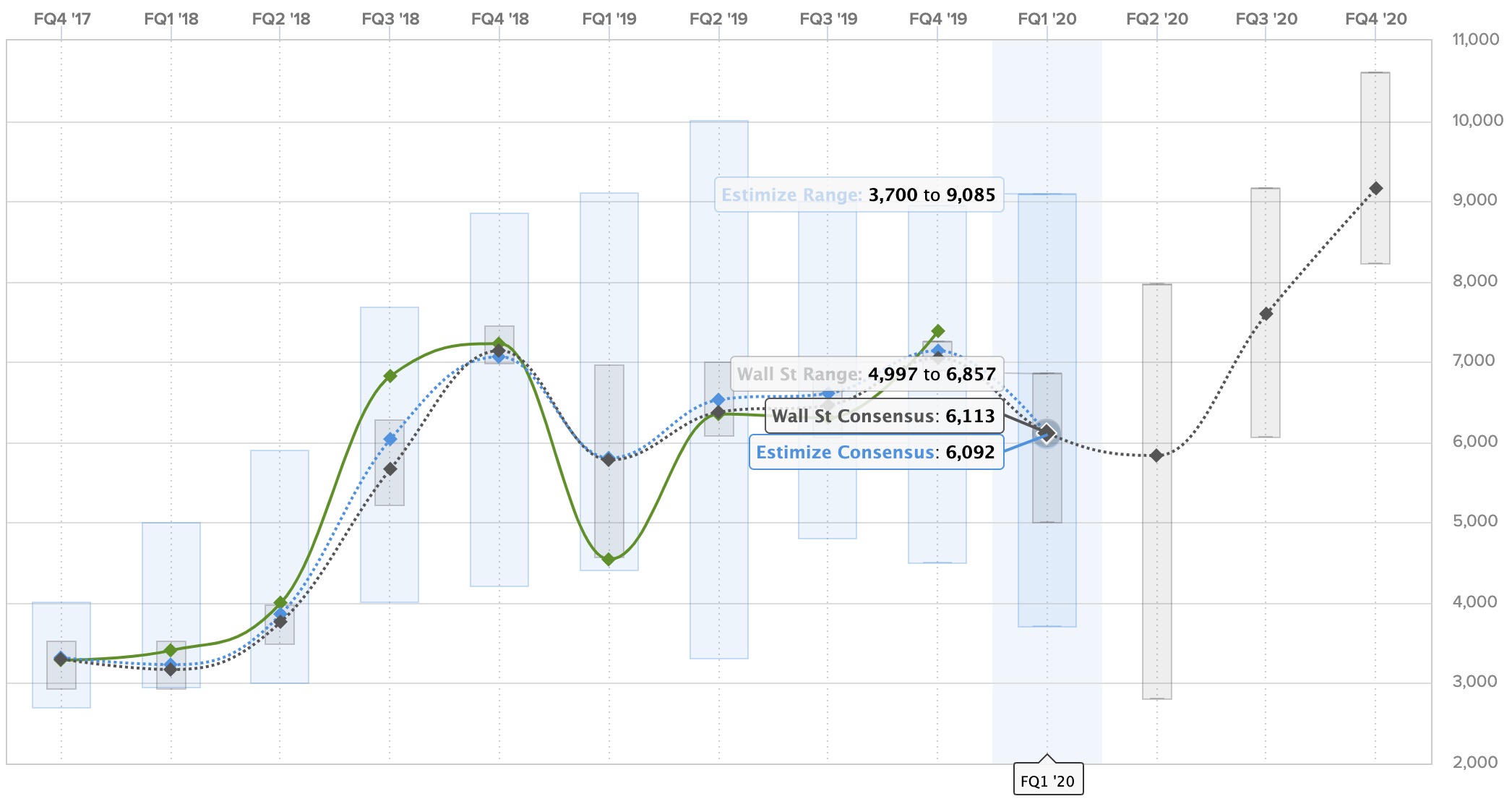 Now for earnings per share, or rather loss per share, the Wall Street consensus is a loss of $0.32 per share for the quarter, while Estimize’s prediction is a slightly lower loss of $0.19 per share. 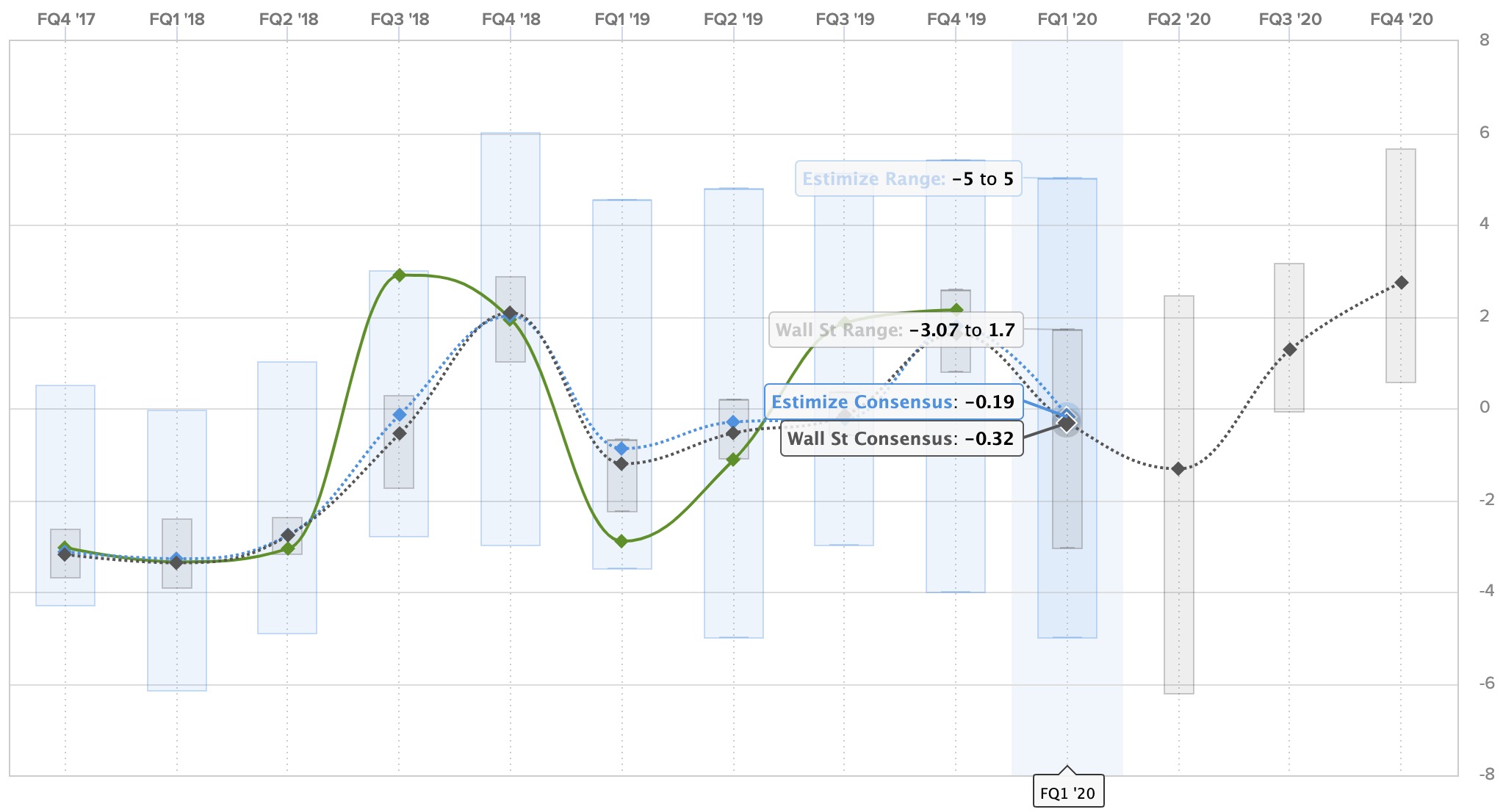 If the estimates are accurate, Tesla will report its first loss since Q2 2019.

It’s likely going to be a weird call. Financially, Q1 shouldn’t be that bad, but analysts are going to be looking for Q2 and full-year 2020 outlook and that could be dire.

With Tesla’s Fremont factory likely being shut down for the entire month of May, Tesla’s production in Q2 will be extremely limited and so will sales.

China and Gigafactory Shanghai is going to help Tesla, but it can only help so much.

I think investors are going to be looking at a status update on Tesla’s supply chain and what it is able to do amid the current shutdowns.

We have been talking about factory upgrades to increase production capacity when they bring Fremont factory back online. More information about that would be welcomed.

I think investors will also be looking for an update on Battery investor day and Tesla’s search for a location for the Cybertruc Gigafactory.

What do you think? What else you want to know about during the Q1 earnings? Let us know in the comment section below.