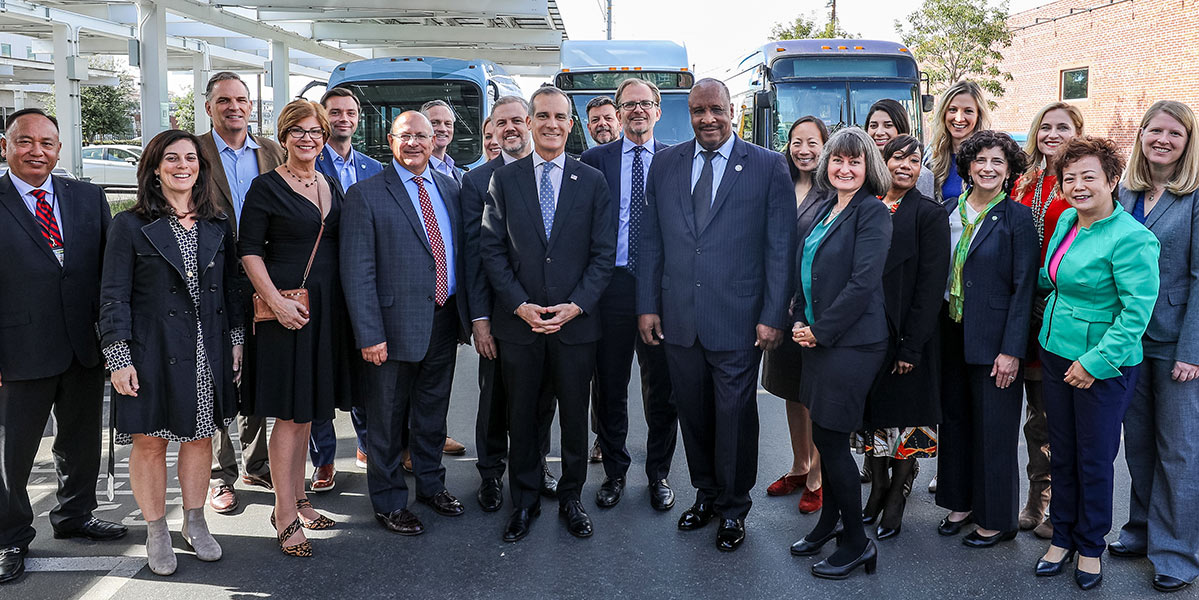 The plan was drafted by the LA-based public-private Transportation Electrification Partnership, a collaboration between the Office of Los Angeles Mayor Eric Garcetti, Southern California Edison, the Los Angeles Department of Water and Power, and the Los Angeles Cleantech Incubator.

The ideas for a nationwide program are primarily based on work already being done in Los Angeles to electrify the city’s infrastructure.

The proposal starts by extending the $7,500 electric vehicle tax credit, authorizing a new tax credit for electric vehicles and equipment of all types and sizes, and creating a scrap-and-replace program, akin to Cash-for-Clunkers but geared to electric cars.

The plan references the Driving America Forward Act, S.1094, and HR 2256, which would increase the per-manufacturer cap on qualifying EVs by an additional 400,000 vehicles.

The coalition also recommends additional targeted incentives to ensure that low and moderate-income Americans can purchase EVs from the emerging secondhand market. The group also recommends measures, including rebates and tax credits, that directly and fully fund the cost of electric buses.

The group calls for new national point-of-sale rebates for EVs. It says this can be achieved in great part by utilizing the existing $17.7 billion authorized Advanced Technology Vehicles Manufacturing Loan Program (ATVM) at the US DOE Loans Program.

The coalition also calls for purchasing collaboratives to support the purchase of electric vehicles in large quantities, thereby lowering the cost and removing friction from the purchasing process.

More than half for infrastructure

The proposal would allocate $85 billion set aside for zero-emission vehicle infrastructure, including:

Matt Peterson, Los Angeles Cleantech Incubator, believes the plan would create opportunities nationally for the US to be a leader on electric vehicle manufacturing, infrastructure deployment, job training, and the cleantech innovation ecosystem.

Funding of the scale proposed could enable a transformation not only in the LA metropolitan area but across the country.

It would also provide opportunities where possible for local hire through community benefit agreements, which are an effective mechanism to ensure charging infrastructure projects include workers living local to a project, as well as other targeted hiring policies, such as US Veteran hiring, are achieved.

Billions of dollars of additional funds are set aside for public transit, workforce retraining and education, and early-stage research into zero-emission mobility innovations.

As was said a decade ago: A crisis is a terrible thing to waste.

If the federal government wants the US to emerge from the pandemic as a leader in electric vehicles — a technology widely viewed as critical to the future of transportation and American competitiveness — then this plan would be put into action.

The process starts with a proposal. Now we have one to consider.