Boosted was known as the leader in premium electric skateboards, and even expanded into high-end (and high-power) electric scooters. Thus, news of the company’s bankruptcy and demise came as a shock to their large customer base and to many in the industry.

But now in a strange twist to the Boosted saga, one man has wound up with essentially all of Boosted’s remaining electric skateboard and replacement parts inventory. And he wants to keep the good times rolling.

He owns Last Mile SF, a premium electric skateboard and scooter company. Brian was Boosted’s first California dealer and was as connected to the company as just about anyone.

So when the road debris hit the fan last month, he made a few calls.

As it turned out, Boosted was actually sitting on a lot of stock, both in full boards and a mountain of replacement parts.

The only problem: It was scattered everywhere. Some of it was in various California warehouses, while other bits and pieces were still sitting in Boosted’s Chinese factories. But when the stock’s path was cut off unexpectedly, the goods were left in limbo. Who owned them? Where would they go? Brian wanted to find out.

So he called up Structural Capital, a recent Boosted investor. They had already sold off Boosted’s IP to the electric scooter sharing company Lime, but apparently still owned the company’s hard assets including its scattered inventory.

So Brian got to work.

He formed the new company Boosted USA and was able to purchase the remaining goods from Structural Capital. Then he set about the painstaking task of finding and coordinating all of the containers full of Boosted’s electric skateboards, scooters, and spare parts.

As Brian explained in a statement provided to Electrek:

Boosted has always been the clear market leader in the electric skate and scooter market. In terms of failure rate, ease of use, and finish quality Boosted has consistently put out the best product on the market, so obviously I was very surprised and disheartened when I heard about Boosted’s recent financial issues.

As the owner of Last Mile SF (a premium electric skateboard and scooter retail shop and service facility in San Francisco), I was painfully aware of the huge demand for new Boosted products as well as the demand for OEM replacement parts and service. As Boosted’s first retailer in California and one of their largest accounts I was pretty familiar with lots of people at the company, and when I learned there was unsold product floating around I wanted to make sure that these items made it to market and were available to the large and committed customer base here in the US. 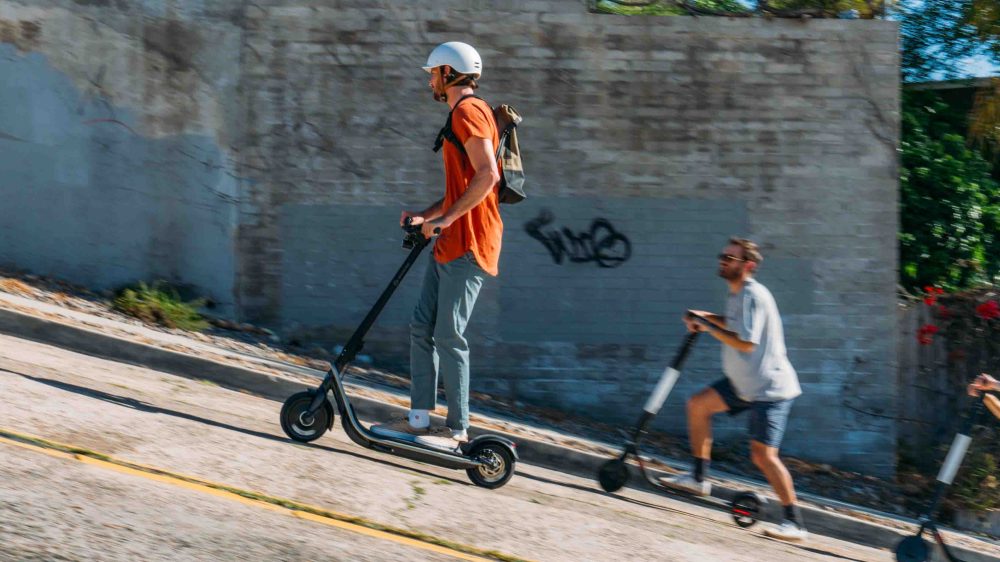 One of the biggest issues facing Boosted’s current customers is how to receive service and support on the products they already own.

For Brian, this was a big part of his decision to form Boosted USA and continue to provide support for this community. He can’t provide warranty claims for products previously sold by Boosted, but he hopes to at least provide service and support to keep as many of Boosted’s electric skateboards running as possible, for as long as possible.

My customers have been directly impacted by this and I see the opening of Boosted USA as a chance to help out this community. Though we cannot honor warranty claims for products that we did not sell, we want to do our best to help those customers by making replacement parts and servicing available. Fortunately, there were tons of replacement parts mixed in with these shipments so we should be able to service existing and newly sold boards for many years.

We will obviously offer warranty coverage on all products sold by Boosted USA. I’ve spent the last 15 years building my store into the premier shop; it is now based entirely on customer service. I’ve put a lot of effort into building a new repair facility and hiring a team of repair specialists. Pair that with the enormous inventory of spare parts that just arrived and we’re definitely in this for the long run. New and existing owners of Boosted electric skateboards and scooters can rest assured that we have them covered with parts and service for years to come.

While this likely isn’t the chapter that most people expected to come next, current Boosted riders can at least rejoice that it isn’t the end of the Boosted story. At least not yet.