Tesla patents a new electrode for its 1-million-mile battery

Tesla patents a new NCA electrode that is likely going to be used in its new battery cell built in-house, which is expected to be longer-lasting and cheaper.

We previously reported on Tesla’s battery research partner, Jeff Dahn and his team at Dalhousie University, unveiling the impressive results of tests on a new battery cell that could last over 1 million miles in an electric vehicle.

The new battery tested is a Li-ion battery cell with a next-generation “single crystal” NMC 532 cathode and a new advanced electrolyte, which they patented.

They were able to show over 4,000 cycles in the battery cells made with the novel cathode.

Here are the drawings that Tesla released as part of the new patent application: 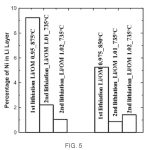 A source familiar with the matter told Electrek that the new electrodes are likely to enable Tesla to achieve similar or better energy density than NMC batteries.

Hongyang Li and Jing Li, Tesla battery engineers and students of Dahn, as well as Dahn himself, are listed as inventors on the new Tesla patent.

They are also all listed on previous research related to Tesla’s latest advancement in battery tech by the group: here and here.

As we previously reported, Electrek revealed that Tesla is working on an internal secret Roadrunner project.

The goal is for Tesla to produce its own battery cells using technologies developed by Tesla’s internal teams, including work from Dahn’s team, and new technologies recently acquired through the acquisition of Maxwell, on a massive scale and at a cost below $100 per kWh.

Tesla has already tested prototype cells under the Roadrunner secret project. It believes it can produce the cells in volume and use them in its vehicles and eventually in its stationary energy storage products.

The automaker has been developing manufacturing equipment in secrecy, like the pilot production line in Fremont, over the last few months.

We expect to learn more about the project and Tesla’s new battery cell at the company’s next talk, which is now supposed to happen in May.