On Earth Day, a documentary entitled “Planet of the Humans” appeared on Michael Moore’s YouTube channel. You might expect a film from the acclaimed rabble-rousing film director, who served as executive producer, to champion the cause of clean-energy technology and electric vehicles. Instead, the movie characterizes solar and wind energy as a sell-out to corporate America. And EVs are just a means for utility companies to burn more coal.

Moore, also the founder of the Traverse City Film Festival, provides a blurb for the movie:

This is perhaps the most urgent film we’ve shown in the 15-year history of our film festival.

The first gotcha moment for EVs, which comes at the 12-minute mark, is a scene from nearly a decade ago when the Chevrolet Volt plug-in hybrid was introduced.

Kristin Zimmerman, a GM spokesperson, is caught unaware of the energy mix of the Lansing, Mich. power plant used to charge up a Volt. Zimmerman guesses that there’s “a bit of coal” used by the plant. 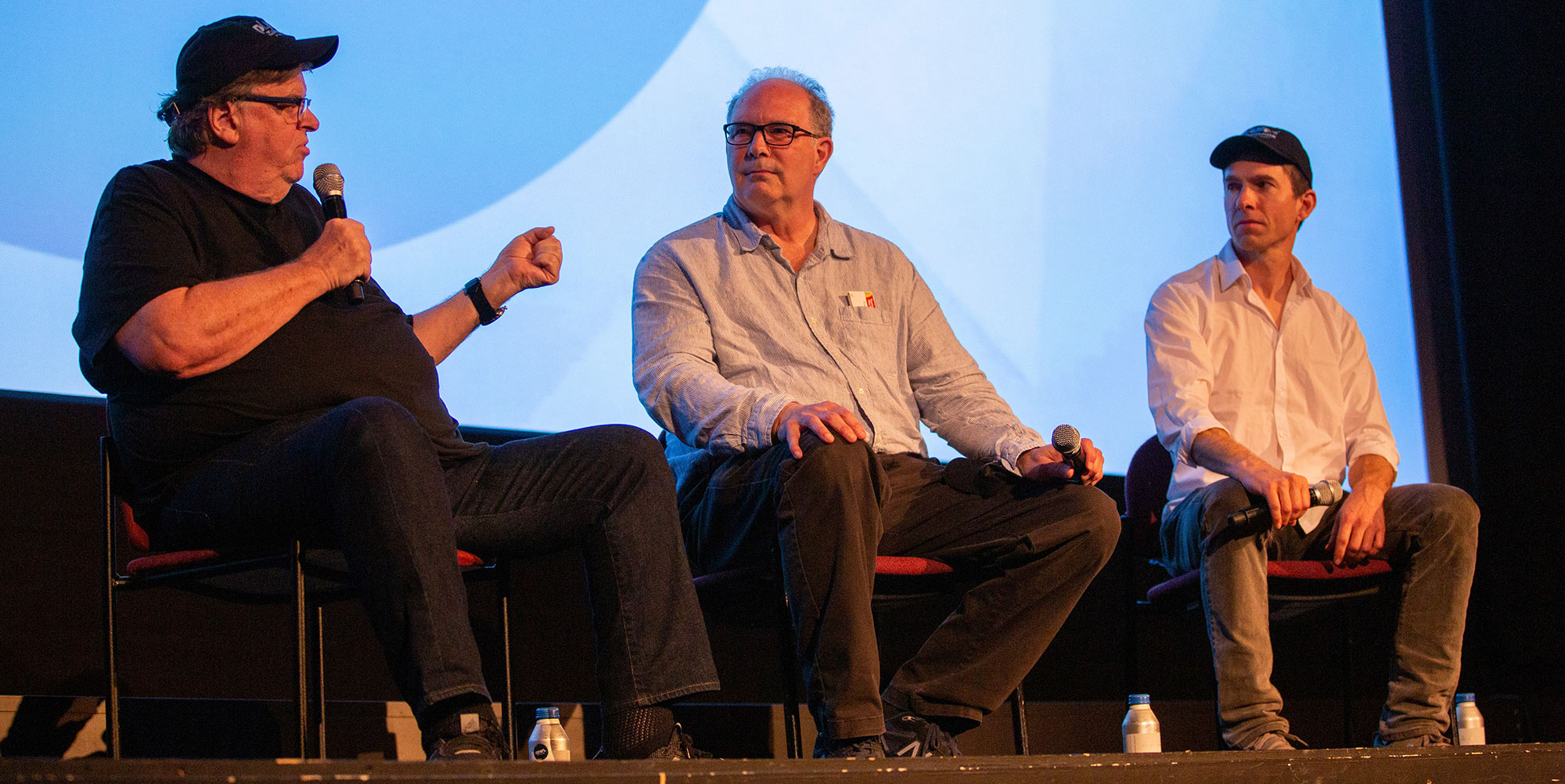 A moment later, J. Peter Lark, the former general manager of the Lansing Board of Water and Light, confirms:

It would be charging off our grid, which is about 95% coal.

To suggest that all of the power used for these cars will be generated from wind and solar in the very near future would not be correct.

In fact, we’re talking about charging these up at night, so there won’t be any solar at that time. So we’re down to wind, and very often at night, the wind does fall off.

The implication is clear: electric vehicles only burn coal and are therefore no better or perhaps worse for the environment than gas-powered cars. Of course, this is a myth.

Similarly, the film explains that the Koch Brothers build the mirrors used in solar panels.

A montage of clean-energy projects under construction includes shots of a “Tesla assembly plant.” Ominous music plays in the background. The montage is set up by Ozzie Zehner, author of Green Illusions, who describes clean-energy projects as “one of the most toxic and industrial processes we’ve ever created.”

Still from “Planet of the Humans”

Later, Elon Musk is shown promising that Tesla’s Nevada Gigafactory will use geothermal, wind, and solar to produce “all the energy that it needs.” Zehner, apparently just outside the factory, reveals that the plant is connected to the local utility power lines. Another gotcha. He also points out the electric vehicles use rare earth metals.

One of the most dangerous things right now is the illusion that alternative technologies, like wind and solar, are somehow different from fossil fuels.

Moore promoted the film in a Reuters article:

I thought electric cars were a good idea, but I didn’t really think about where is the electricity coming from?

I assumed solar panels would last forever. I didn’t know what went into the making of them.

But prominent environmentalist Bill McKibben, who was criticized in the film, issued this response to the movie:

I am used to ceaseless harassment and attack from the fossil fuel industry, and I’ve done my best to ignore a lifetime of death threats from right-wing extremists. It does hurt more to be attacked by others who think of themselves as environmentalists.

Josh Fox, the director of Gasland, led a campaign to have the film taken down and for Michael Moore to issue an apology:

I just had the unfortunate displeasure of watching PLANET OF THE HUMANS the #Earthday freebie irresponsibly put out by Michael Moore @MMFlint.

The film is an unsubstantiated, unscientific, poorly made piece of yellow journalism which attacks proven renewable energy and science..

Two days later, Fox said that the film’s distributor agreed to take it down. But the direct-to-YouTube video remains online, clocking more than 1.5 million views by the end of the week. (Update: The views are approaching 1.9 million by Saturday morning.)

1) I just received notice that the distributor of Michael Moore's #PlanetoftheHumans is taking the film down due to misinformation in the film.

Thank you to @FilmsForAction for responding to our demand for a retraction and an apology from @mmflint.
See below. And thank you to… pic.twitter.com/3ZzkLhTVyC