Xpeng Motors announced that its P7 “smart electric sports sedan” officially rolls out in China on April 27. The Tesla-looking sedan already made big promises for range: 435 miles of range on the NEDC cycle. Now the company says the P7 will use Nvidia technology to enable Level 3 autonomy for highways, city streets, and valet parking.

The Xpeng P7 sedan is equipped with 13 autonomous-driving cameras. 12 ultrasonic sensors, 5 radars, and one in-car camera. The compute is powered by the industry-leading Nvidia Drive AGX platform, system-on-a-chip system.

In an official release, Xpeng said:

In a footnote, Xpeng explains that Level 3 still requires a driver to be available and alert to take over at any time.

Xpeng said it will leverage the Nvidia DRIVE platform for its next production model as well. Xinzhou Wu, vice president of autonomous driving at Xpeng, said:

Backed by the performance and energy efficiency of Xavier, we’ve been able to accelerate and outpace our peers in the creation of this safe, intelligent, feature-rich sedan–at a price point that makes it an ideal solution in today’s highly competitive EV market.

Xpeng uses its own self-driving neural networks and related proprietary autonomous driving software, which are capable of continual over-the-air updates. The official announcement of the P7’s introduction did not explain which Level 3 features will be available when the vehicle is launches – and which ones would come later via OTA updates.

In 2019, Tesla filed a lawsuit against one of its former engineers for stealing Autopilot source code and bringing it to Xpeng.

The similarity between Xpeng’s technology and vehicle design sometimes earns the company the name “Tesla clone.” Its Autopilot-like tech is called “XPilot.” 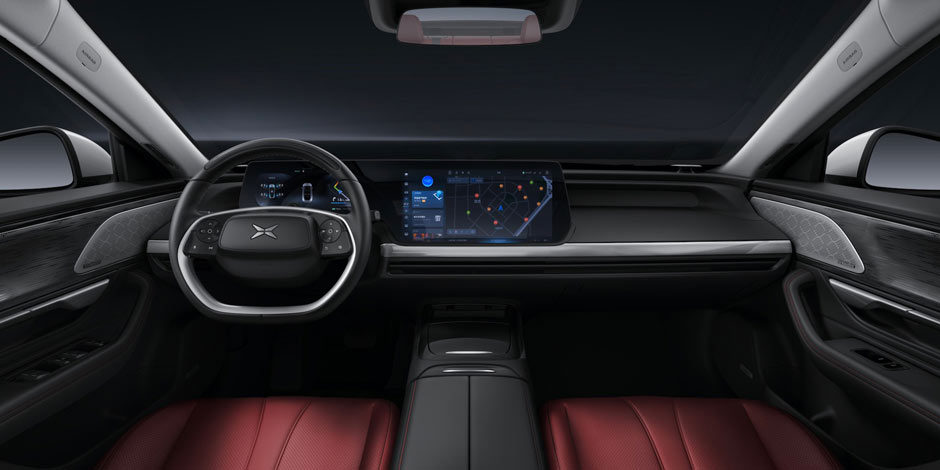 Last month, Xpeng secured a National Highway Traffic Safety Administration (NHTSA) permit to test-drive its new P7 EV on US roads. The company already has a permit from California. However, the company asserts that its focus is on selling vehicles in the Chinese domestic market.

Xpeng Motors launched its first production model, the G3 SUV, in Dec 2018. The company has headquarters in Guangzhou, China, with offices in Beijing, Shanghai, Silicon Valley, and San Diego.

The Ministry of Industry and Information Technology of China verified that the Xpeng P7’s driving range reached 435 miles in the NEDC cycle. That makes the P7 the longest range EV in China – beating the Tesla Model 3’s official rating in China of 414 miles.