By now, you probably know about the extraordinary capabilities of the Porsche Taycan electric car. Today, it becomes available at a price of about $50,000 below the previously available versions  — as the Taycan 4S officially arrives at US dealerships.

Porsche announced today that the first 4S’ are arriving at dealer lots in the next few days. If anything might tempt EV fans out of sheltering — of course, fully decked out with personal protective equipment — it’s the opportunity to test-drive the 4S.

Or better yet, play it safe, order one from home, and take Porsche up on its offer for contactless delivery. See if your local dealers already have Taycan inventory.

The Taycan 4S is only slightly less potent than the Turbo models. The 4S reaches 60 mph in 3.8 seconds, compared to the Taycan Turbo’s 3 seconds and the Turbo S’s 2.6 seconds. The key difference is the 4S’ less powerful rear electric motor. The front motor is the same for all Taycans, while the Turbo S gets a more powerful inverter. 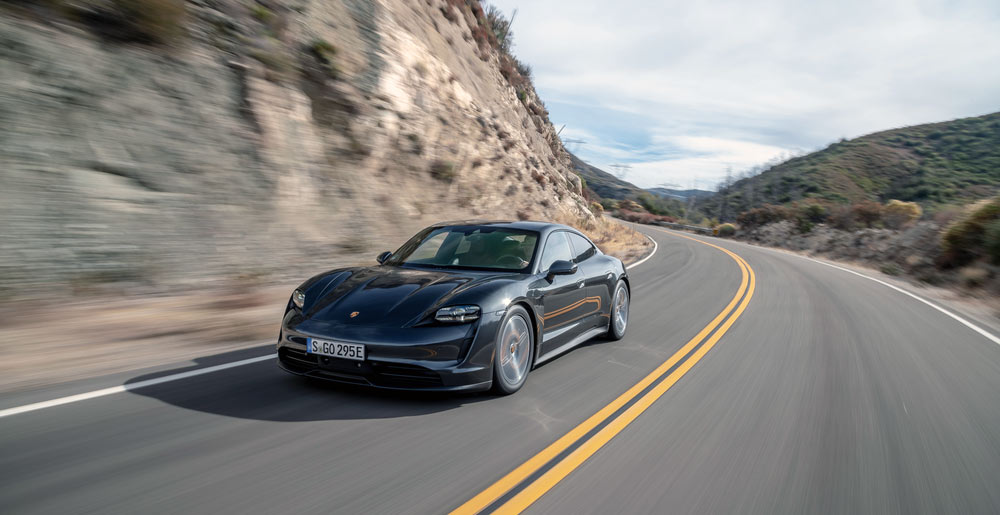 The Performance Battery Plus allow its dual motors to generate up to 562hp (420kW) using an overboost function when launch control is activated.

Range? Based on when it came out in Europe, it looks like the smaller battery pack results in a range of 407 km (253 miles), with the bigger getting 463 km (288 miles) based on the WLTP standard.

And in the US? 200-plus-ish, but arguably beside the point. Porsche’s official release states: “The US EPA range estimates will be available before point of sale.”

This detail of a chart supplied by Porsche (sorry, with very small print) might help you sort out the specs :

There are more nuanced similarities and differences between the Taycan 4S and the previous versions, as described by Porsche:

With two permanently excited synchronous motors on the front and rear axles—in other words, all-wheel drive—as well as a two-speed transmission on the rear axle, the drive architecture comprises the same main technical highlights as the rest of the Taycan family. The same also applies to the intelligent charging management and exemplary aerodynamics. 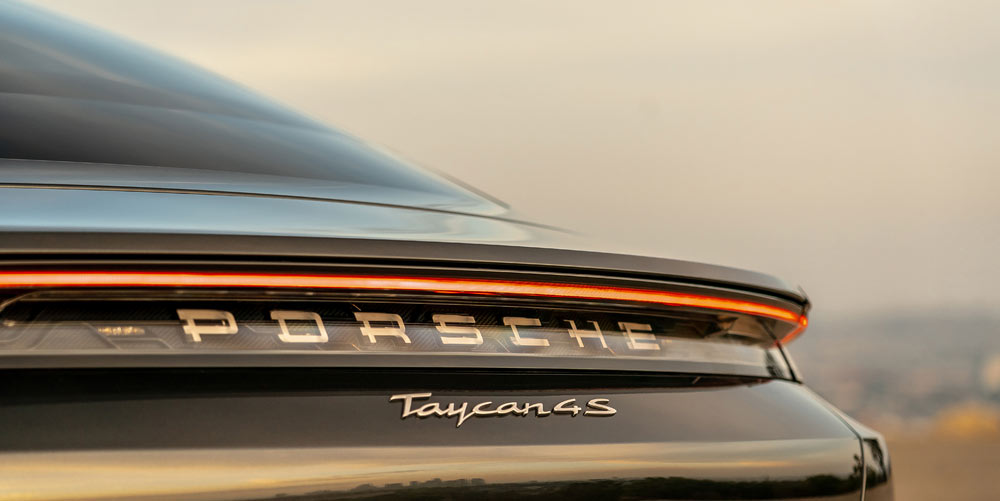 Porsche says the Taycan 4S is hitting dealership today, but that doesn’t mean you can drive off right away. The official announcement explains that it “can be ordered immediately and is scheduled to arrive in US dealerships in spring 2020.” It all starts by exploring local Porsche Taycan availability.