Powerwall owners with the backup gateway unit could already charge their electric car during a power outage, but it was done as part of the normal load of the household.

Now, the Powerwall system talks to Tesla vehicles in order to balance the need to charge with the home load:

Powerwall now coordinates with Tesla vehicles during a power outage to charge your car without exceeding the energy and power capabilities of your Powerwall. The Powerwall reacts to the power needs of your home and will slow or stop your vehicle’s charging, keeping your home loads powered. During a power outage, your Tesla vehicle will charge from the Powerwall whenever it is above the threshold set in the Tesla app. You can change this threshold to balance your home and transportation energy needs. Keep your vehicle plugged in while the sun is shining and surplus solar will charge your vehicle. Charging stops when Powerwall’s stored energy drops below your set threshold.

Here Tesla lays out the vehicle charging behavior under the new feature based on the grid state and home electric load:

We had a pretty good idea that a feature like that was coming since Tesla’s firmware hinted at the integration of Powerwall and vehicle charging back in February. 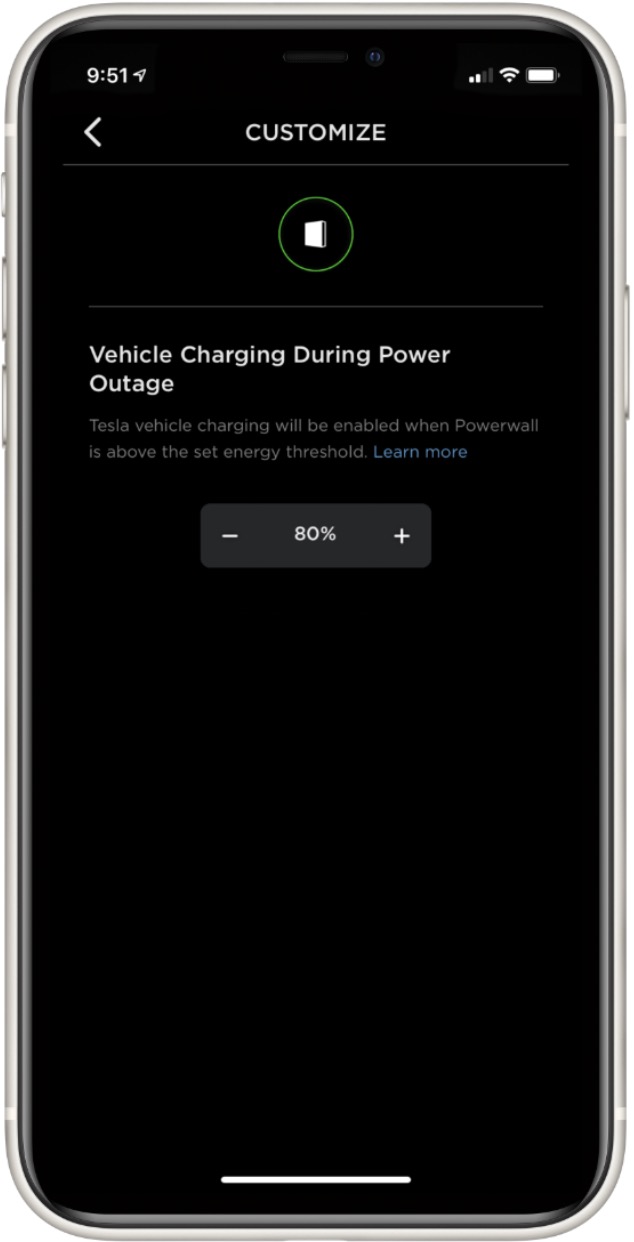 Over the last year, Tesla has been spending more resources to flesh out the features of the Powerwall through more software updates.

They have especially focused on data. Last summer, Tesla released a new update to let solar and Powerwall owners deep-dive into their own data.

As we recently reported, Tesla Powerwall is becoming extremely hard to get as demand increase partly due to California’s home battery pack incentive, which is now only accessible to Tesla’s third-party Powerwall solar installers since the automaker ran out of its incentive allocation.

With the massive brownouts that affected Northern California last summer expected to return, many households have been taking advantage of the incentive to prepare for possible power outages.