Renault announced today that it would stop making and selling gas-powered cars in China. But the French automaker will retain its interest in three different ventures to produce multiple electric vehicles in the world’s largest auto market and for export.

Renault launched its K-ZE all-electric city car in China in 2019. The car is produced by eGT New Energy Automotive Co., the joint venture with Nissan and Dongfeng in which Renault has a 25% stake.

Renault will also develop four EVs, shown above, with Jiangxi Jiangling Group Electric Vehicle (JMEV). And it will retain a 49% stake in a venture with Brilliance Auto Group to make all-electric light commercial vehicles.

We are opening a new chapter in China. We will concentrate on electric vehicles and light commercial vehicles, the two main drivers for future clean mobility.

The Renault City K-ZE is an all-electric A-segment city car manufactured and sold in China since 2019. The small crossover with a 26.8 kWh battery pack has a remarkably low price of about $9,000 after incentives.

The City K-ZE is manufactured in Shiyan, Hubei. It’s currently only available in China but Renault confirmed today that it will offer a version in Europe. The European variant, to be badged as the Dacia Spring, will have more range and safety features. The low-cost EV is scheduled to arrive in some European markets in 2021. 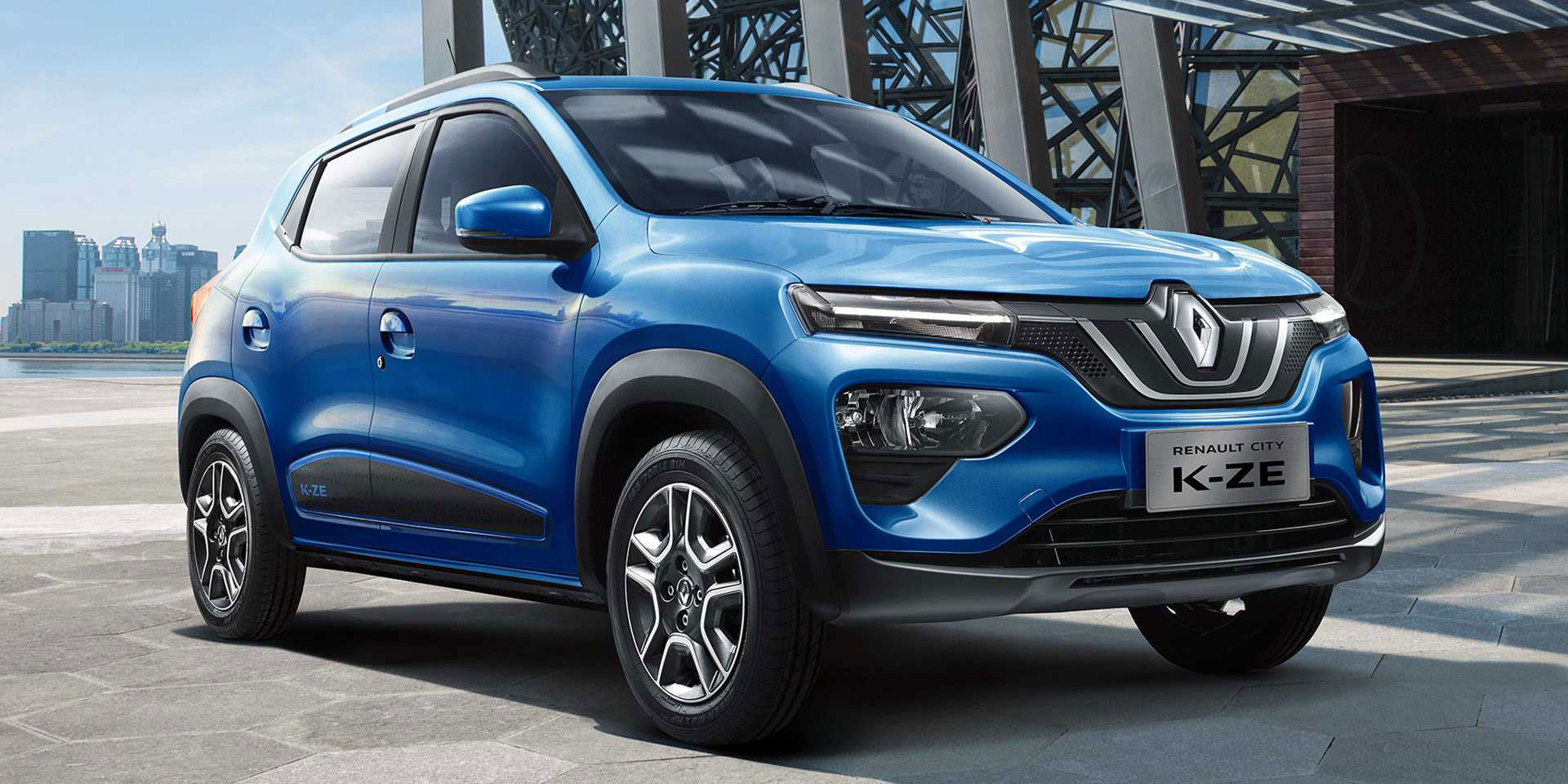 In effect, Renault will only sell EVs in China but is expected to make electric cars there for other markets.

Here is Renault’s official statement about its interest in China’s EV market:

Groupe Renault was a pioneer on EV and has sold close to 270,000 electric vehicles in the world since 2011. It gives a strong competitive advantage in China, as shown by the successful launching of Renault City K-ZE, the first joint venture EV car competing in A segment with the best local automakers.

Groupe Renault expects to reinforce its partnership with Nissan and Dongfeng within eGT to make K-ZE a worldwide car. A derivative for Europe based on “Dacia Spring” concept will be sold from 2021.

JMEV is known as an agile and efficient EV player since its creation in 2015. With Renault support in terms of quality and technologies, JMEV will cover 45% of the Chinese EV market in 2022 with 4 core models.

Giving Up on Gas

In 2013, Renault, in a joint venture, built a $1.2 billion plant in Wuhan, where the coronavirus first broke out. As recently as two years ago, Renault forecast that it would sell 550,000 cars per year in China. That plan failed to materialize.

In the first quarter of 2020, the Chinese auto market fell 43% from a year earlier. Renault was already struggling with weak sales and never managed to become popular in China. Renault sold only 180,000 cars, both gas and electric, in China in 2019 – falling from 217,000 sales the previous year.

The pandemic-related downturn forced the decision to eliminate its production of gas cars.

The move could be a sign of things to come for Nissan, which also reportedly has been looking at ending product lines and unprofitable business operations.