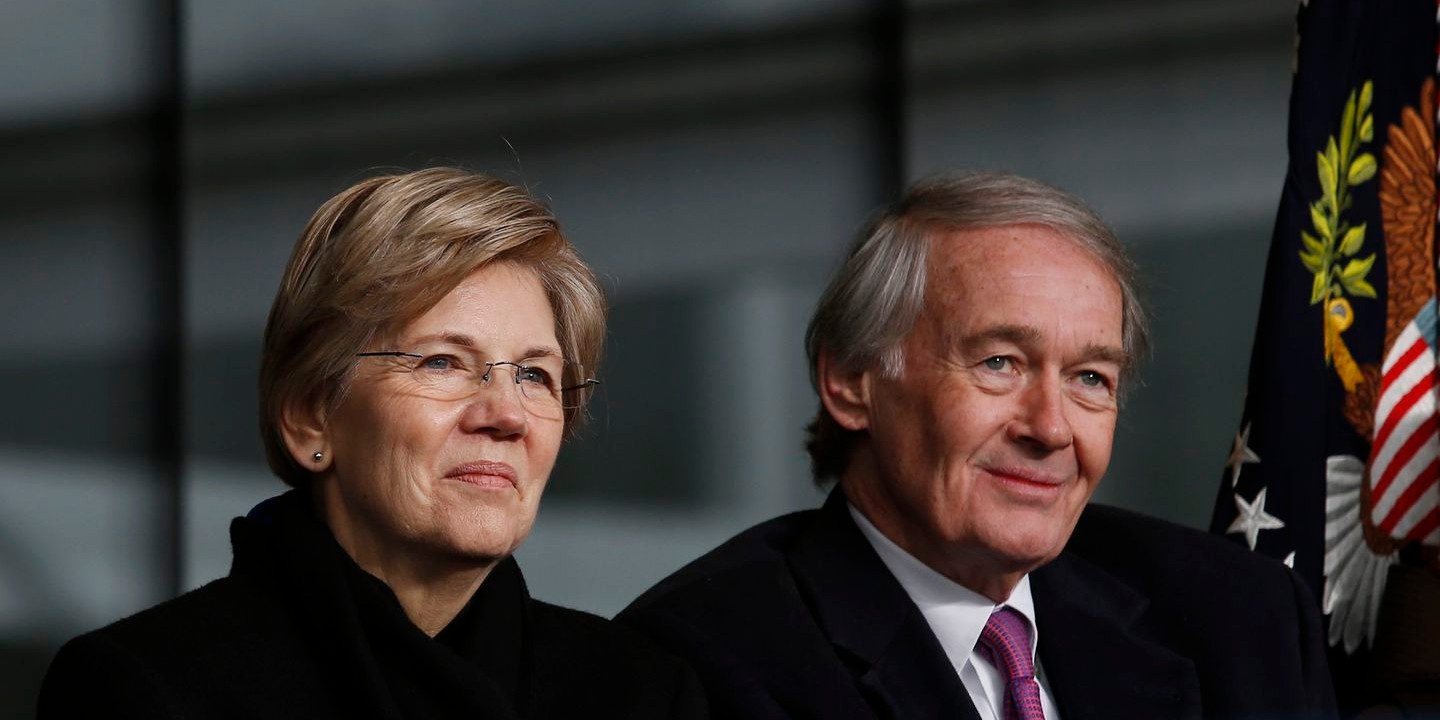 As Electrek reported on March 27, the Environmental Protection Agency (EPA) announced a suspension of the enforcement of environmental rules, saying it “will generally not seek stipulated or other penalties for noncompliance with such obligations” during the coronavirus outbreak. There is no end date for this policy.

The coronavirus attacks lungs, often causing pneumonia, and severely impedes the ability of those with more severe cases to breathe. Air pollution also harms lungs. So now, the senators from Massachusetts want explanations for the EPA’s decision.

On Friday, April 3, Elizabeth Warren (D-MA) and Ed Markey (D-MA) sent a letter to EPA head Andrew Wheeler, demanding that the agency answer six questions by April 17. In a nutshell, the six questions consist of wanting to know what the rationale is behind the EPA’s decision; who authorized it; how records will be maintained; whether meetings held with fossil-fuel lobbyists, and if so, when and with who; and finally, whether any analyses were conducted.

The oil and gas industry, which is in turmoil due to oversupply, plunging prices, and a battle between Russia and Saudi Arabia over production, had been lobbying the EPA for weeks for a relaxation of the rules.

This pandemic isn’t an excuse for polluters to ignore the law and for EPA to let them get away with it.

It’s absurd that Donald Trump and former coal lobbyist Andrew Wheeler are using this public health and economic crisis as a cover to roll back environmental laws. The government should be focused on protecting public health now, not making it worse.

E&E News reported that the EPA has refused to disclose how many companies sought waivers of noncompliance due to the coronavirus pandemic.

Meanwhile, on Capitol Hill, as the Huffington Post reported in late March, there are many lawmakers who are perfectly happy to throw a lifeline to fossil fuels:

Sixty-one House lawmakers — 60 Republicans and one Democrat — have signed on to at least one of three letters to date calling for the Trump administration to cut royalties on fossil fuel extraction.

Incidentally, more than 70 members of Congress have pocketed a total of $35.7 million in contributions from the fossil fuel industry over their careers. (The Huffington Post features a list of who has taken how much. Representative Kevin McCarthy [R-CA] is the big House winner, with $1,955,325.)

And 12 senators (all Republicans) also sent a letter on March 30 to Interior Secretary David Bernhardt pleading the same royalties-cut case for the fossil fuel industry. These dozen lawmakers have reaped more than $14 million over the course of their careers from Big Oil. (Senator John Cornyn [R-TX] is the big winner in this dozen, with a whopping $4,067,906 in contributions from the oil and gas industry.)

We were wondering when someone on Capitol Hill was finally going to challenge the EPA, seeing how this directly correlates to the pandemic. The environmental groups were disgusted. And frankly, so are we at Electrek. Who isn’t trying to protect their lungs across the globe? Isn’t the US government agency, originally designed to protect the environment, supposed to help Americans do that?

Gina McCarthy, president and CEO of the Natural Resources Defense Council, told us via email that the EPA’s decision was an open license to pollute. “The administration should be giving its all toward making our country healthier right now. Instead, it is taking advantage of an unprecedented public health crisis to do favors for polluters that threaten public health.”

We can’t wait to hear the answers the EPA provides, although we can’t think of a single answer that would justify this insane decision that allows unregulated air pollution while the whole country struggles to find enough ventilators to help people breathe.

(And by the way, there really needs to be a cap on contributions to legislators. They’re basically being bought by special-interest groups.)

You know things have truly gotten weird when the EPA allows pollution, and the CEO of BP calls for the need to continue to tackle climate change in a blog on LinkedIn.