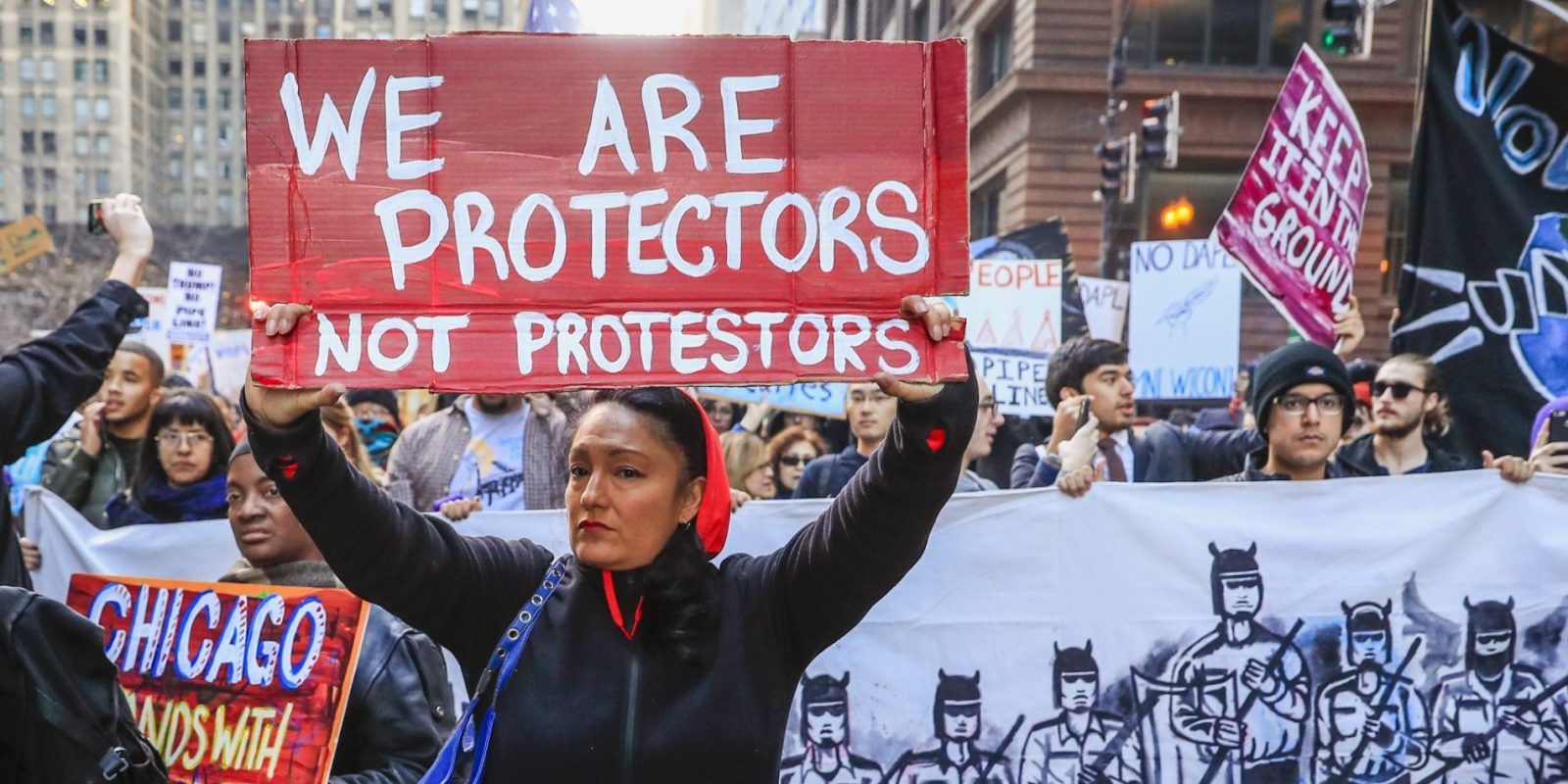 While the US is focused on the coronavirus crisis, states are quietly redefining fossil-fuel infrastructure as critical in order to prevent protests such as the Dakota Access pipeline demonstrations. The idea is to make civil disobedience more difficult.

Both political parties are quietly making these changes. The word “trespass” is used a lot in all three bills.

On March 16, Governor Andy Beshear (D-KY) signed House Bill 44, which designated “natural gas or petroleum pipelines” as “key infrastructure assets” in Kentucky. The bill categorizes “tampering with, impeding, or inhibiting operations of a key infrastructure asset in the offense of criminal mischief in the first degree.”

On March 18, Governor Kristi Noem (R-SD) signed Senate Bill 151 in South Dakota that expanded the definition of critical infrastructure to oil, gas, or utility equipment, and declared causing “substantial interruption or impairment” of that equipment as a felony. On March 23, Noem signed a second bill that defines a felony “riot” as “intentional use of force or violence by three or more persons” that causes “any damage to property,” according to the Huffington Post.

On March 25, Governor Jim Justice (R-WV) signed West Virginia House Bill 4615 that also declares fossil fuel infrastructure as critical. That bill focuses heavily on “trespassing” as a misdemeanor with fines, and also makes provisions for damage as a felony.

Similar legislation was passed in Alabama on March 12 and is active in Illinois, Minnesota, Mississippi, Ohio, and Pennsylvania.

Is the timing of these bills a coincidence?

No. The EPA has suspended environmental law enforcement, using coronavirus as an excuse.

And the activist Naomi Klein dubs this behavior the “shock doctrine”:

Shock tactics follow a clear pattern: Wait for a crisis… declare a moment of what is sometimes called “extraordinary politics,” suspend some or all democratic norms — and then ram the corporate wish list through as quickly as possible.

We can add pandemic to that list of collective shock occurrences now.

While we are all paying attention to COVID-19 and the congressional stimulus packages, state legislatures are quietly passing fossil-fuel-backed anti-protest laws.

These laws do nothing new to protect communities. Instead they seek to crack down on the sort of nonviolent civil disobedience that has shaped much of our nation’s greatest political and social victories.

States are trying to frame this as the prevention of vandalism. Destruction of property isn’t acceptable and could be dangerous when it comes to fossil-fuel infrastructure. But peaceful protest is a fundamental right in the US. And protesting fossil fuels, which kills huge numbers of people every year due to pollution, is justified. We have a right to clean water and air.

As Electrek previously reported, outdoor particulate pollution prematurely kills nearly 90,000 people a year in the US. The cause? Burning things.

It turns out the Dakota pipeline protests were for a good reason: The pipeline leaked five times in its first year, and a judge has ordered a full environmental review.