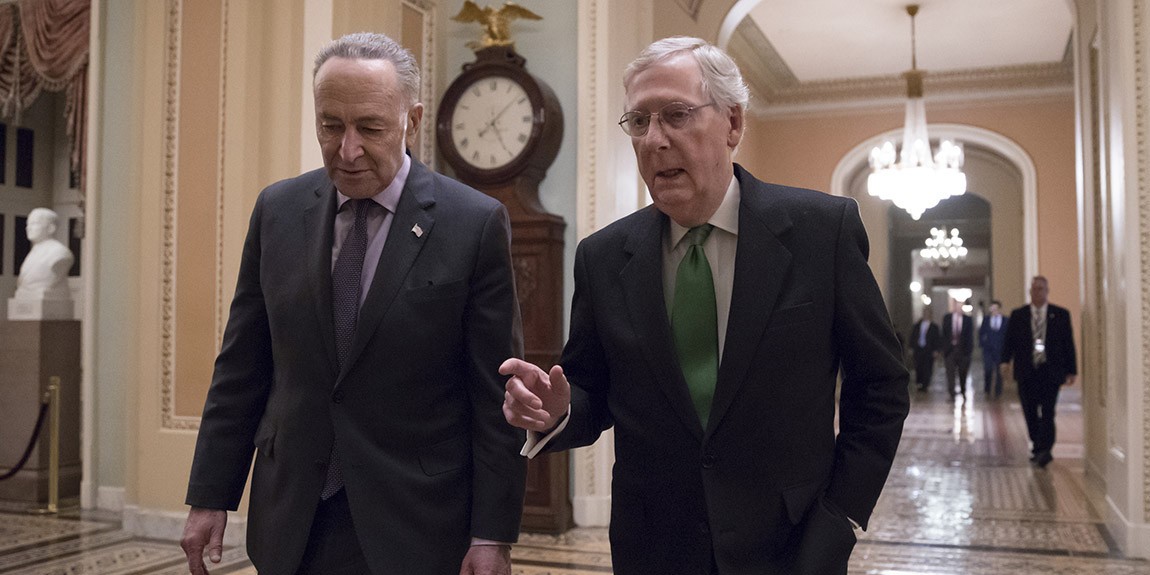 The US Senate has unanimously passed the $2 trillion stimulus package in response to the coronavirus pandemic. It’s the largest emergency aid package in US history. And the green energy sector didn’t get anything, as expected… but neither did Big Oil.

The House of Representatives will convene at 9 a.m. on Friday to consider the relief package, and vote by voice vote to keep social distance. House Speaker Nancy Pelosi is encouraging Democrats to “recognize the good.” The bill is expected to pass in the House. Donald Trump has said he will sign the measure.

As the New York Times reported yesterday in their newsletter:

The [stimulus bill] does not include $3 billion for the government to buy oil and fill the Strategic Petroleum Reserve, a provision sought by Republicans and President Trump. But it also does not have an extension of federal tax credits for wind and solar energy that Democrats had tried to attach.

Further, the Senate voted “to give the US aviation industry $58 billion in a coronavirus-rescue package, half in the form of grants to cover some 750,000 employees’ paychecks,” according to Reuters. Environmental protections sought by Democrats were not included in the airlines’ package.

The Hill observes that the package is “free of controversial efforts to bolster the oil industry or measures to reduce the carbon footprint of the airline industry that threatened to spark protests on both sides of the aisle.”

What the green energy groups think

The American Council on Renewable Energy says the green energy industry supports the Senate’s package, according to the New York Times. That group and six other renewable organizations sent a letter to Congress on March 19 appealing for “for the prompt repair and extension of critically important tax incentives to help the clean energy sector surmount the impacts of the COVID-19 pandemic.” (Pollution doesn’t help stem this virus, which attacks’ people’s lungs.)

As our country faces the onslaught of the coronavirus, we need quick action to protect our health and economy. But Congress must ensure that federal assistance to companies does not make the climate crisis worse for our children by increasing pollution.

Despite rising public awareness and the warning of scientists, our government has failed to take strong action on climate change. It is a repeat of the mistakes that led to the worsening coronavirus pandemic. It’s time our leaders followed facts, listened to scientists, and took action on the dangers that confront our economy and society. In the coming weeks, as Congress continues to respond to the current health crisis, it must do so in a way that also protects the next generation from the unfolding climate crisis.

We must continue to support one another during this crisis and work to ensure that when we come out on the other side, we have a more sustainable and equitable economy, a stronger democracy, and a cleaner energy future. This package moves us in the right direction, with much more to be done in the weeks and months ahead, including supporting clean energy, creating jobs by building resilient infrastructure, and continuing to ensure no bailouts for corporate polluters. We can heal communities, the economy, and the planet at the same time.