When the electric Fiat Centoventi was revealed as a concept car at 2019’s Geneva Motor Show, it was easy to dismiss as auto-show razzle-dazzle. The cute Panda-inspired model had barn-style doors, a pegboard dashboard, and interchangeable seats and a roof. But now there are signs that the all-electric Fiat Centoventi is going into production ­– with the promise of the industry’s first add-as-you-go battery system.

All talk and no action from FCA, right? Well, it’s not much but at least one new Fiat EV is real. Fiat last week revealed the new 500e – and it has a brand-new EV architecture.

The outgoing discontinued 500e used a 24-kWh battery capable of 84 miles of EPA range. The new version, which is already in pre-production at Fiat’s Mirafiori plant in Turin, has a 42-kilowatt-hour pack that’s 75% bigger than its predecessor. Presumably, the range would also expand by about 75%. We don’t know yet if the new-and-improved Fiat 500e will come to the US.

Mirafiori will represent the first installation of a full BEV platform applied on the new Fiat 500, capable of scaling to other applications worldwide. 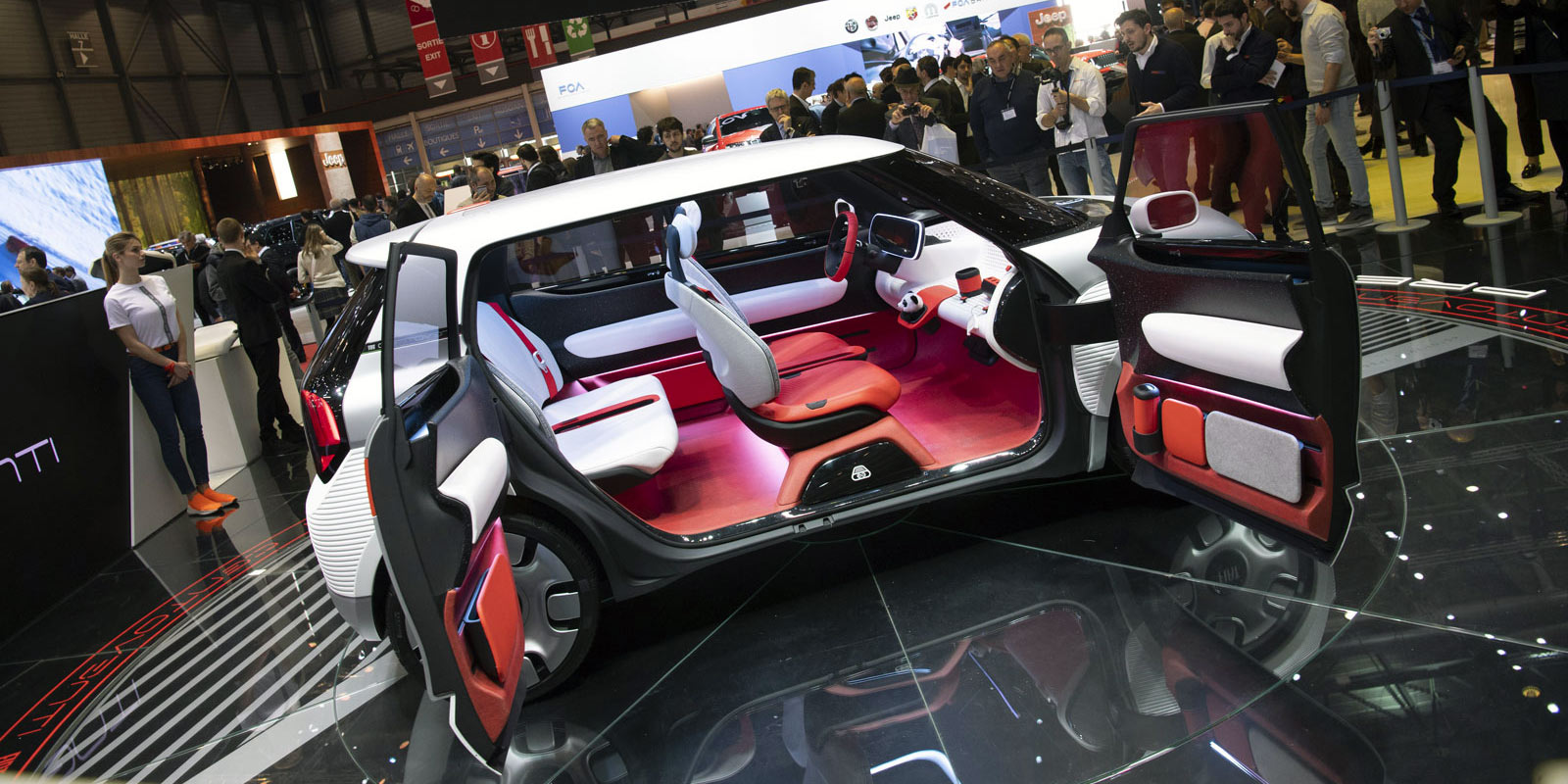 When you invest in a new platform, and it is a completely new EV architecture, it is not for one car, so you will see it on other cars.

AutoExpress is convinced, as its headline states, that the all-electric Fiat Centoventi is “on the way to the showroom.”

Yawn. Who cares? If that’s what you’re thinking about another pipsqueak EV for Europe only, consider a few other things.

Fiat-Chrysler has been among the most EV-averse automakers on the globe. But the Fiat Centoventi would become the second EV produced on a new EV architecture that’s part of a $10 billion investment by the company in electrification. The electric platform will be used in future Jeeps and Maseratis.

Moreover, the Centoventi concept is more spacious than the 500e, and it has a killer feature. The Centoventi’s battery system, we were told in Geneva last year, is a plug-and-play modular design in which you can drive in the city on the base pack – and then add more modules for a longer trip. Here’s what Fiat said:

The extra batteries are installed underneath the floor of the car by the service network. A sliding rail, which supports and connects the batteries, makes their installation or removal particularly quick and easy. An additional battery, for mounting under the seat, is also available. It can be disconnected and put on charge directly in the user’s home or garage, just like the battery of a modern e-bike.

That sounds like far-fetched, concept-car subterfuge. But how rad would that be? Buy an affordable base model that has about 125 miles of range. And then, as needed, stop by a service center and drop in a few more modules to boost range up to 300 miles. Or keep extra miles charging up in the garage.

Forget about the concept’s customizable seats and roof; the Mopar accessories; the tailgate that displays messages like a billboard; and the grille’s function as a charge indicator. Those could be cool, but nothing like add-on range.

Is it just a fantasy that Fiat-Chrysler will deliver an innovative small yet comfortable EV with add-on batteries? Duh.

But maybe, despite itself, Fiat is offering an improbable but worthwhile idea to consider.

There’s one opening in the auto market that’s not grabbed (yet) by Tesla. Elon is building the giant, Brutalist Cybertruck ­– but he’s leaving an opening for another player to re-invent the all-electric urban runabout. GM is also focusing on giant, badass EVs.

The heartland might not like small cars, but urban folks could use a good, maneuverable, easy-to-park, relatively spacious small EV. The logistics would be tough – but a city EV with an affordable price, and the option to rent extra batteries for a road trip, is an alluring concept.