Tesla is starting to tell people who pre-ordered the Model Y Long Range RWD, a version not yet available to order, to “prepare for delivery” just a few days after confirming deliveries of the higher-end versions of the electric SUV.

As we reported earlier this week, Tesla is starting to confirm Model Y deliveries to customers for next month after starting low-volume production in January.

The automaker has been contacting people who ordered a Model Y Performance and Model Y Long Range AWD with a five-seater configuration all over the US to confirm delivery for the second half of March.

Those are the first two versions of the car that are supposed to first go into production.

Yesterday, we reported on Tesla asking Model Y seven-seater buyers to change their configuration to a five-seater to get a sooner delivery.

Now Tesla is telling people who pre-ordered the Model Y Long Range RWD with a five-seat configuration to “prepare for delivery” on their Tesla account page: 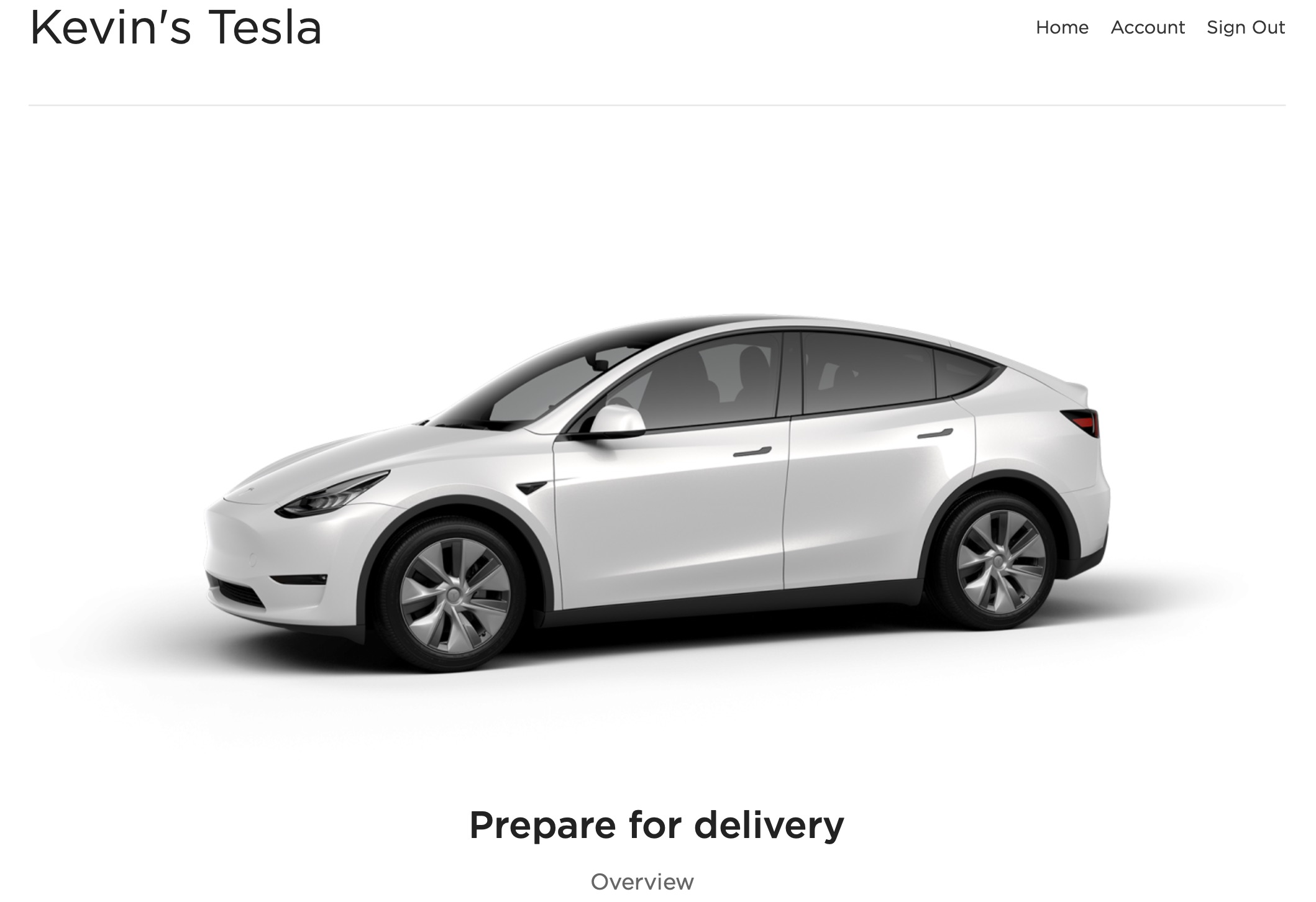 Several Model Y buyers have reported to Electrek getting the updated message in their account.

However, when first unveiling the Model Y, Tesla made the version available and said that it would come in Fall 2020:

It was listed as the highest-range Model Y with 300 miles, but Tesla has since updated the range of the Performance version to 315 miles on a single charge.

The same powertrain configuration was discontinued on the Model 3, although Tesla is trying to bring it back to production at Gigafactory Shanghai in China.

That’s an interesting development. Since Tesla discontinued the powertrain on the Model 3, I thought they would do the same for Model Y and ask people who pre-ordered it to choose another configuration.

Maybe that’s still what’s going to happen since telling people to “prepare for delivery” is kind of vague.

However, apparently not everyone is seeing this updated version of their Model Y pre-order page, so it might mean that Tesla is indeed getting ready to turn the pre-orders into orders.

Either way, it’s an exciting time. Model Y is already about to get into the hands of customers.