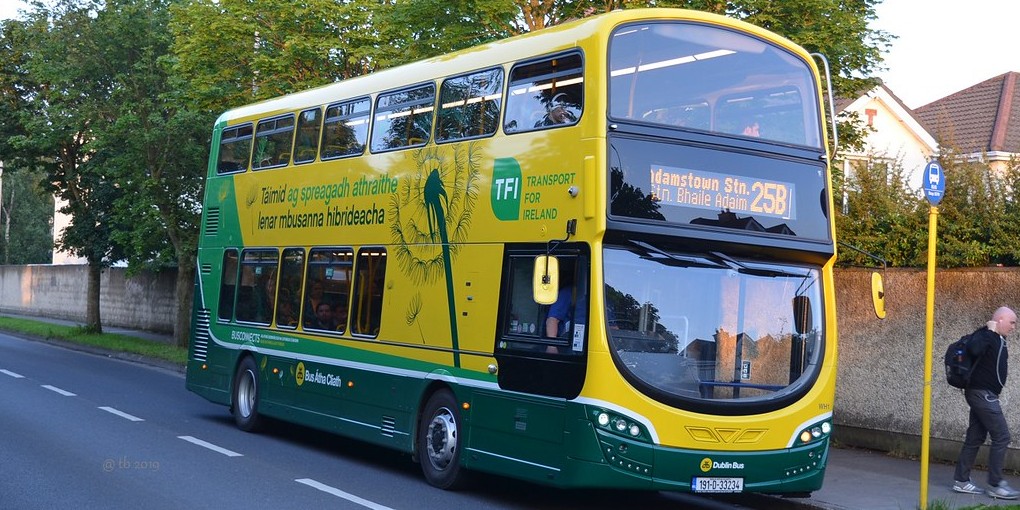 The Republic of Ireland’s National Transport Authority (NTA) is buying up to 600 hybrid double-decker buses from BAE and bus-building company Alexander Dennis Ltd.

The NTA is initially ordering 100 systems that will be deployed in Dublin and regional cities by the end of 2020. The other 500 buses will be deployed over the next 4.5 years. The total spend will be €273 million. Dublin Bus has previously launched hybrid buses.

The buses are being supplied by Alexander Dennis, the UK’s largest bus manufacturer, and have a BAE Series-ER system, which allows drivers to operate the buses with the diesel engine off up to 35% of the time. The buses will switch to full electric in designated low- and zero-emission zones.

Ian Wilson, director of business development for power and propulsion solutions at BAE Systems, told us:

Like many places in Europe, Ireland has ambitious targets to achieve a zero emission bus fleet. We firmly believe that hybrid systems present a bridge technology that offers many of the advantages of battery electric without many of the drawbacks.

Over the life of the vehicles it will be possible to increase the battery capacity on the vehicles and grow the distances that can be driven with the engine turned off. When charging infrastructure becomes available, we can also plug them in, which takes advantage of grid power — further reducing their carbon footprint and localized emissions.

The Enviro400ER is a diesel-electric hybrid, capable of at least 2.5 km continuous electric range with no exhaust emissions.

The set-up meets meets the requirements of the EU’s Clean Vehicles Directive.

There are very few double-decker buses available in electric vehicle mode as they are larger buses and batteries are not good enough yet for the types of routes used in Ireland. But they are expected to be available in three or four years’ time.

While we agree that hybrid systems can be used as a bridge technology and that battery technology can be further improved, the only “drawback” we see is the use of polluting diesel. It’s a bit odd that Wilson describes “battery electric” as a drawback when BAE successfully manufactures functional electric buses already.

Ireland, get building on that charging infrastructure, as it’s an inevitability in order to meet the Paris Agreement requirements. BAE, sell Ireland on 100% electric, as clearly you already have the technology and the product. Let’s get that 35% to 100%.