A new Kickstarter project has just been launched to crowdfund a redesigned aero wheel cover for the base 18-inch Tesla Model 3 wheels. The Kickstarter claims improved curb rash resistance, aerodynamics, and aesthetics compared to the base wheel covers.

The Orbital aero wheel has a new design compared to the base aero wheels.  It looks somewhat similar to Tesla’s new “Überturbine” wheels that are available on the upcoming Model Y.

Much like the base aero wheels, Orbital wheels offer improved aerodynamic efficiency compared to non-aero wheels. Aero wheel covers work by reducing the amount of aerodynamic disturbance caused by spinning wheel spokes, and this makes the car slip through the air better. They can improve efficiency by a significant amount.

The base 18-inch wheels offer many advantages over the optional 19-inch wheels. More sidewall means a smoother ride and less susceptibility to pothole damage, improved aerodynamics (with aero covers) means better efficiency, and smaller wheels are less susceptible to curb rash.  Plus, the 19-inch option is a $1,500 option to begin with. But many people think they look better.

The base wheels come with aero caps by default, but some people think they look better without the caps.  Since it’s an easy process to just pop the plastic pieces out of the wheel, lots of people run their car without the wheel covers on. This makes their cars less efficient and more susceptible to curb rash. 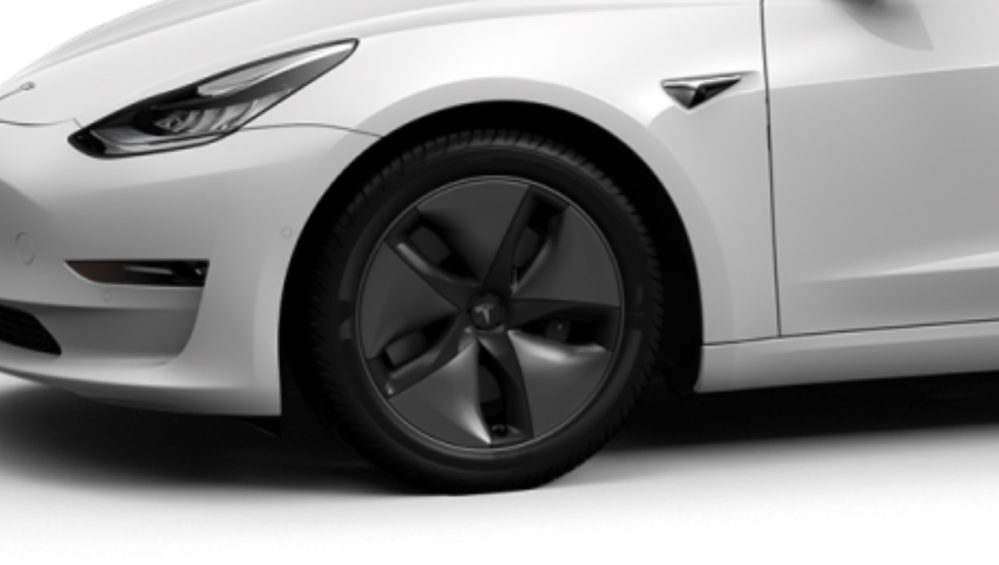 Orbital hopes to solve that problem by offering aero wheel covers that they think look better than the base ones. Just like the base covers, owners can switch these out themselves without needing to visit a tire shop.

Better yet, they claim that the Orbital wheel cover is actually better curb rash protection than the base cover, because it extends slightly further over the rim of the wheel. This also works to hide existing curb rash that you may have already incurred.

Finally, Orbital notes that their covers are recyclable and made in the US.

This Kickstarter project actually happened once before, but failed to meet its $400,000 funding goal. Now it’s back with a much lower $50,000 goal and fewer options. Previously the Kickstarter had a silver wheel option, and now it’s only black.

Orbital says they’ll deliver in July of this year. But it is Kickstarter, so there’s always a chance that dates could slip.

I don’t really see the point of this personally, since I think the stock aero wheels look great. But if you’re one of the many who disagree, then this is a good project for you.

So for people who are looking for improved looks but still want all the other benefits of the base aero wheels, here’s an option.

Though honestly, we all just need to get over the giant wheels with rubber-band tires thing. If we put aero wheel covers on every car in America, we could reduce the whole country’s energy use by probably more than 1%, and reduce fuel usage fleetwide by a few percent. That sounds small, but for such a simple change, it’s huge.

So anything to make aero wheels look more attractive to the general populace is a good move. Hopefully more projects like Orbital come around for other cars, too.

But here’s the standard caveat for crowdfunding: Nothing here is guaranteed. Check Kickstarter’s accountability rules before backing if you’ve never crowdfunded anything before.