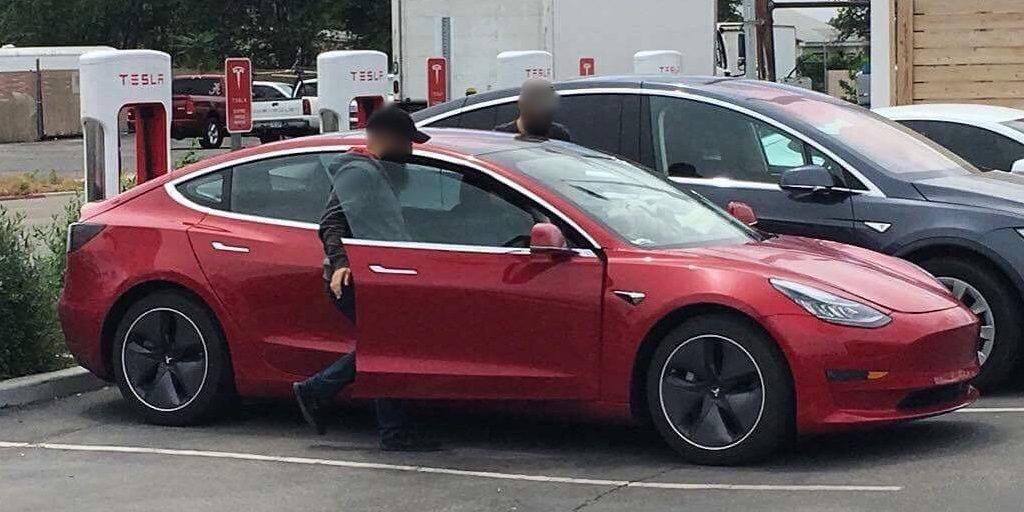 The Tesla Model 3’s range was partly achieved through great aerodynamic performance, which resulted in the vehicle being the most efficient long-range EV to date.

The vehicle’s wheels coming standard with aero caps are an important part of that aerodynamic performance and now Tesla’s former head of aerodynamics explained why.

In a post on Facebook, Robert Palin, who held many positions in Tesla’s aerodynamics team since 2009, explained how important the wheels were to the Model 3’s design:

“I was the head of aero at Tesla for MS, MX, and M3, and I can confirm that wheel design & size can be the biggest influence of all on the aero efficiency of a road car. The aero, design, and chassis teams put a huge amount of effort into these wheels, and they do really work!”

The wheels were controversial with Model 3 reservation holders at first, but after learning more about them and especially the fact that the aero caps can be easily removed, they started to be more appreciated:

Here’s a side-by-side of the caps on and off:

“With casting there’s a minimum thickness of 10-12mm at the perimeter, making wheels like this obscenely heavy. With the cap approach they’re the lightest wheel design Tesla has ever done, & with very low rotational inertia. A lot of effort went into the integration of the cap so that it sits flush at the rim, and not on the outside if it, as on all the other wheel caps you’ll see. Having multi-part & multi-material wheels is the best way to satisfy multiple optimization goals. The thought with these wheels that having the latest tech on the latest car would be more appropriate than more traditional rims.

When asked about the color of the wheels, he responded:

“The ‘skeleton’ wheel underneath is still alloy, but the shape comes entirely from strength & mass optimization (the hard work of a talented Canadian engineer named Steve). The colour was also originally a bright silver, but the dark grey was preferred by the Powers-That-Be (not by me).”

As for the actual efficiency benefits of having the aero caps on, Palin commented:

“The aero benefit increases very strongly with speed, as the power requirement to overcome aero resistances increases with the cube of speed. I.e. if you go twice as fast, you use 8x the power. That said, aero is a small percentage at city speeds, where mass & rolling resistance dominate. The 2-part design of the aero wheels allowed the underlying rim to be super-light, which will also help in the lower speed stuff.”

In line with what he wrote, a Tesla VP of eEngineering said last year that Tesla Model 3’s aero wheels can increase efficiency by ~10%.

Palin also commented on possible aero wheels for Model S. He said when asked if it could become an option:

“Likely never, I’m afraid. The original base 19” wheels for MS were supposed to have transparent plastic “flower petal” caps to close the larger gaps between the spokes. However, the tooling for those rims was the very first that was completed, and did not include provision for retaining the caps. That, plus concern over rattling, and yellowing of the plastic over time killed the idea. All that said, the “Slipstream” wheel design that became standard on MS (19s) & MX (20s) is aerodynamically excellent, & yielded >50% of the benefit of the original Aero wheels (RIP!) with lower mass & less controversial aesthetics!”

Tesla did launch a version of those original aero wheels for the Model S a few years ago with the first generation of the all-electric vehicle:

But they stopped selling the wheels shortly after introducing them.

Anyway, those were some interesting insights into wheel development at Tesla. According to his LinkedIn profile, Palin is not working at Tesla since September 2017 and he is taking some time off to “recharge his batteries.”