If the 200-plus miles of range offered by a Renault Zoe EV aren’t enough for a long-distance trip, just latch on a 60kWh charging-on-the-go trailer in order to more than double its electric distance. That’s what EP Tender, a French startup, hopes that electric-car drivers will do with its proposed product. The company went back to the drawing board after offering internal-combustion charger-trailers for several years.

We are solving the issue of making EVs which are affordable [and] convenient on long distances.

Segard believes that this option could allow buyers to choose electric vehicles with shorter range, at a lower cost — and then only add the trailer-charger for the occasional road trips when drivers can’t or don’t want to stop for a charge.

Think of it as a low-cost alternative to battery swapping. Chinese EV companies are still trying to make that work, but the idea is dead in other markets. 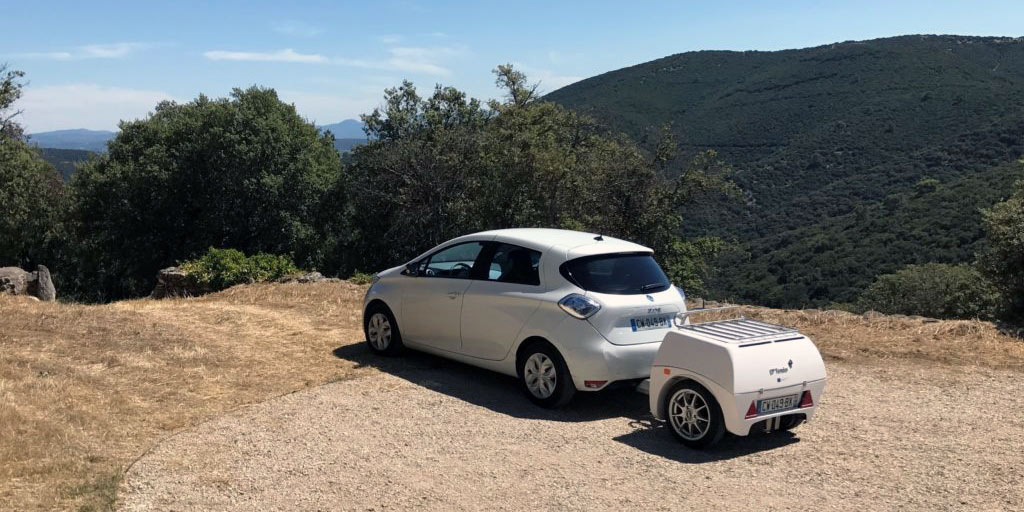 EP Tender wants to put banks of rentable trailers on major holiday routes. EV drivers would pull up to a station, autonomously hook the trailer to the car, and a minute later, drive away from the station to their destination or the next trailer-swap location.

EP Tender envisions charging about $37 per trailer rental. The company claims it can get the economics to work. The trailers cost about $11,000. A profit could be made by 2024, with 60,000 customers renting 4,150 trailers, according to the company. The current prototypes use a 36.5kWh pack, but the goal is to offer a 60kWh version in about five years.

Add-on batteries on the go is a nice idea in concept. But it’s not practical on many levels. First and foremost, car companies would need to manufacture automotive-grade capabilities to provide a safe means for charging from a bouncing trailer while the EV is moving.

One of the main reasons that Better Place failed was its inability to get multiple automakers to agree to common battery standards. Renault was the single major automaker to give it a try.

France-based EP Tender says that it’s now in discussion with Renault and PSA about equipping vehicles to tow the batteries and connect them to the car. Until then, the company says it can retrofit existing models for about $650. 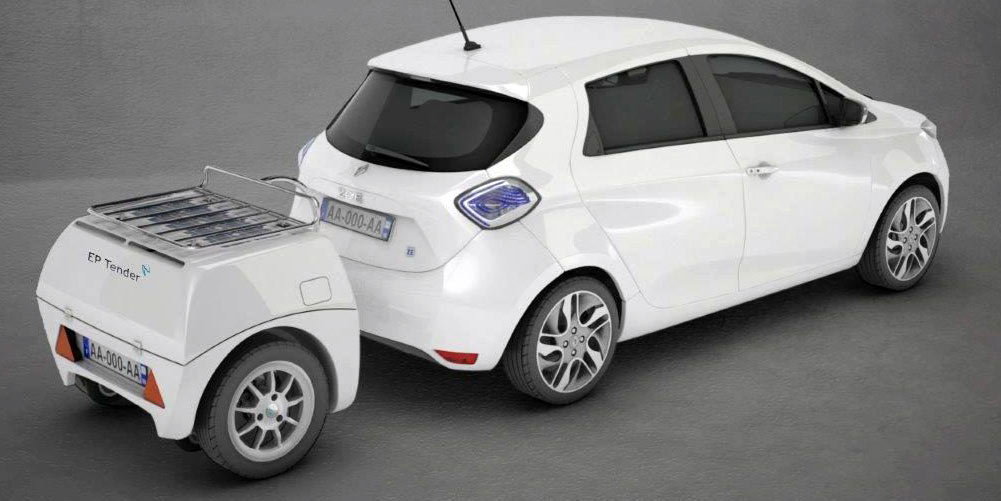 EP Tender claims that it solved the technical issues for its after-market product ­— to connect the trolley and produce a flow of energy from the add-on batteries to the vehicle’s native system. The technical obstacles for making this happen safely are formidable.

As we pointed out seven years ago, EVs don’t allow charging events while driving.

In 2013, Electrek posted about EP Tender’s first stab at range-extending trailers. At that time, the company was using a combustion-engine to generate power. Automotive News said that about 20 of those trailers are still in use with people driving Renault Zoes and Kangoo electric vans.

The battery-trailer concept is a long shot at best. Quick charging has come a long way since EP Tender first proposed a gas-powered extender. We admire any proposed ingenious strategy to make EV road trips practical. And we envision a growing robust EV after-market in the coming years.