EV battery swapping is dead in US, but China wants to make it happen

With the rise and fall of battery-swap company Better Place in 2013, the prospect of mass-scale swappable EV battery packs in the US fell by the wayside. Tesla abandoned the idea a few years later. The big problem (among many) was a lack of common battery standards across multiple automakers. Battery packs need to be the same size and shape. That’s an issue that could be solved in China, where strong state control can dictate standards.

Bloomberg reports this week that the Chinese government is stepping up efforts to establish common industry-wide standards that would allow drivers to swap out EV batteries in a matter of about three minutes. According to the report, the goal is to make the process uniform across any car, any battery, and any facility.

Chinese automaker Nio is a well-known proponent of battery swapping. But Bloomberg also points to BAIC BluePark New Energy Technology Co., which offers the service. The state-owned BAIC Group, and its various entities, including BAIC JEV, is reportedly the second-biggest seller of EVs in China. Its numerous partnerships include Daimler and Magna.

BAIC BluePark said that it set up 187 battery-swap stations in 15 Chinese cities for 16,000 electric-powered taxis. And last year, it announced plans for 3,000 swap stations, enough to supply a half-million electric vehicles by the end of 2022.

BAIC’s electric cars are not well known in the US. They are small and affordable, with prices targeted to thrifty Chinese consumers. Making battery swapping available in those models could represent a real opportunity for greater EV adoption in China. 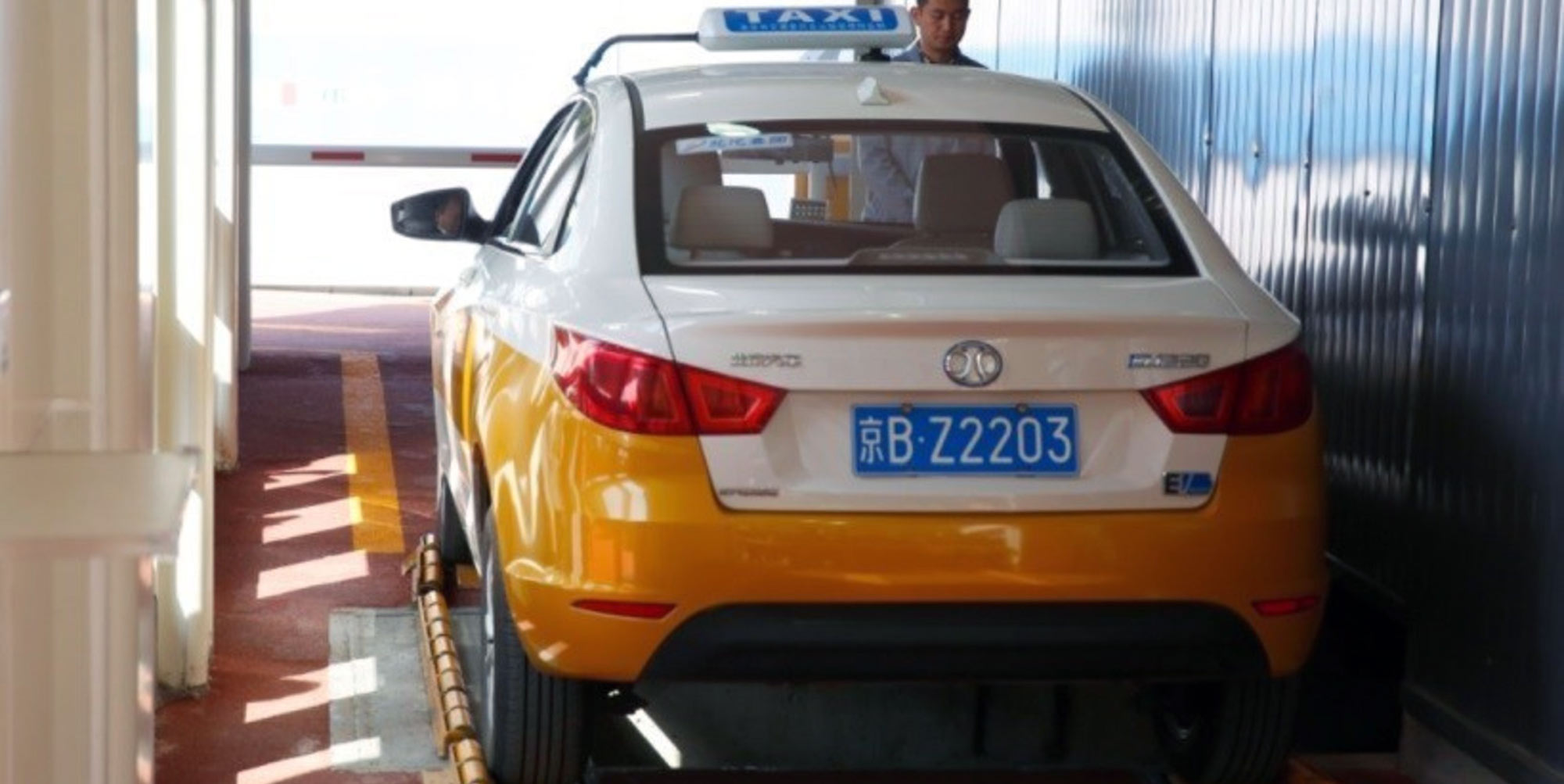 Nio allows consumers to rent an EV battery pack for the day — potentially a big pack for a long trip — for as little as $10 a day. The company has about 125 battery-swap stations for its owners.

The US never saw more than a handful of stations during the Better Place days. I used a swap station in Denmark nearly a decade ago. It was a breeze.

Is battery swapping a necessity for EV drivers? Of course not. Almost all of charging takes place at home. Long-range EVs with quick charging is mostly taking care of the rest.

The fact that Chinese consumers might be able to buy the car and its batteries separately could also help expand the EV market. That idea has been proposed for some time but never became commercialized.

Whether or not you think EV battery swaps are a good idea, Beijing likes it. China’s Ministry of Industry and Information Technology issued this statement to Bloomberg:

We will actively promote the demonstration application of battery-swap mode and improve the system and standardization. As the next step, we will optimize the development environment, guide enterprises to improve battery-swap technology, promote the formation of a more mature business model, and further improve the convenience of new energy vehicle usage.

It will be fascinating to see if China can pull it off.