A fossil-fuel, ICE-car champion is tipped to be the EPA’s next chief of staff 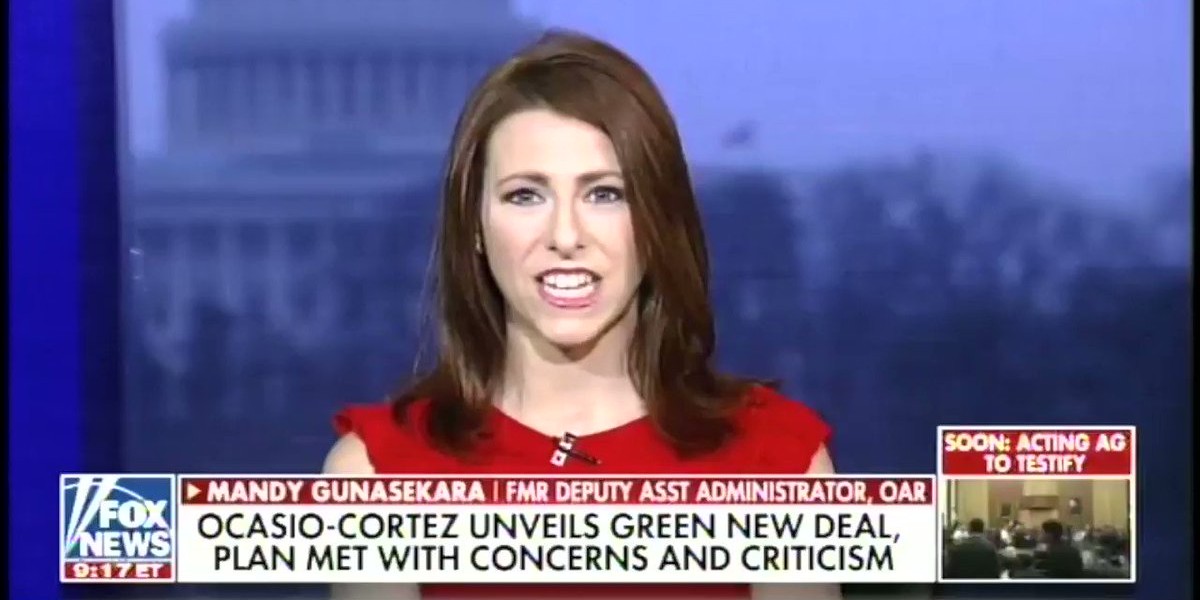 Mandy Gunasekara, the self-proclaimed “chief architect of the withdrawal from the Paris Climate Accord,” is tipped to replace Ryan Jackson, the EPA’s chief of staff, who will step down on February 21. (Michael Molina will be acting chief of staff.) Jackson is to become the top lobbyist for the National Mining Association (yes, really).

Who is Mandy Gunasekara?

Gunasekara served as counsel for climate-change denier Senator Jim Inhofe (R-OK) and was then the Environmental Protection Agency’s (EPA) top air-policy adviser. Gunasekara is also a climate-change denier. She left the EPA to start the Jackson, Mississippi-based “nonprofit educational organization” Energy45. As her simple website states, Energy45’s agenda is also simple: “Energy45 is here to defend the Trump Energy Agenda in Mississippi.”

She describes herself on her site as the “chief architect of the withdrawal from the Paris Climate Accord and she orchestrated the repeal/replace of the Clean Power Plan.” The Clean Power Plan was the first-ever plan to curb carbon pollution from US power plants.

What does she believe?

In a subsection of her website, she writes that Trump has a  “commitment to creating an energy-dominate [sic] America.”

Remarkably we have drilled our way to lower gas prices, lower unemployment, and lower emissions.

One section of her website is titled “Defending the Trump Energy Agenda.” It falsely states:

Under the leadership of President Trump, those shackles to our economy have been removed. Now, America is the world’s largest producer of oil and natural gas and close to being a net energy exporter for the first time in generations, while also outpacing the world in carbon reductions and leading on increasing access to clean air and water. This is America at its best.

Another section of her website is called “Exposing liberal energy fantasies.” It also falsely says:

Today’s Democratic party is not the party of our parents and grandparents. Led by self-avowed socialists, the Democrats have made a leftward lurch so dramatic that it would make Stalin blush. Their policies to combat climate change are nothing but a proxy for draconian government control that prohibits car ownership, kills domestic energy production, and harms low-income communities the most.

According to the Washington Post, Sierra Club spokesman Adam Beitman said of this possible new role for Gunasekara:

Now that Gunasekara’s efforts to try and greenhouse gaslight the country into believing that Trump is an environmentalist have failed, we’re not surprised she opted to rejoin Andrew Wheeler in attempting to roll back as many clean air, clean water, and climate protections as possible.

Gunasekara’s take on the environment is bizarre, ill-informed, and divisive. And nowhere does she even mention green energy on her site (apart from bashing the Green New Deal). She only promotes fossil fuels. And this is the next chief of staff for the Environmental Protection Agency?

For example, coal is dying — which Trump failed to save. The demise of coal helps to reduce emissions, not embracing oil and natural gas. And that statement about prohibiting car ownership is just bizarre. The growth of electric vehicles makes sense — that’s why so many automakers and municipal vehicles are moving in that direction — and clean public transportation is a win for everyone. Who wants bus exhaust spewed in their face, or to sit in traffic with idling, polluting cars? I didn’t realize riding bicycles and walking and EVs were “Stalinist” activities.

We agree with the Sierra Club that Gunasekara will achieve further harm to the environment in a position where she is obligated to protect it. She regularly appears on Fox News spouting fossil-fuel propaganda — no wonder she’s catching Trump’s eye. The whole world knows fossil fuels need to be eliminated — even the banks. Heck, even the oil companies are beginning to (reluctantly) shift position.

Gunasekara is a mouthpiece for Trump’s lonely fossil-fuel agenda. You know it’s bad when Bill Nye the Science Guy publicly questions her credentials and points out that her children will “inherit the Earth.” Unsurprisingly, she doesn’t care.

Bless both their hearts. I’m happy to give @BillNye the “Science” Guy and @HardballChris a lesson in climate 101, but something tells me they both are more interested in the TV ratings of their bogus tv shows. pic.twitter.com/FsELaWaHS9