US Army testing all terrain electric scooter for tactical use 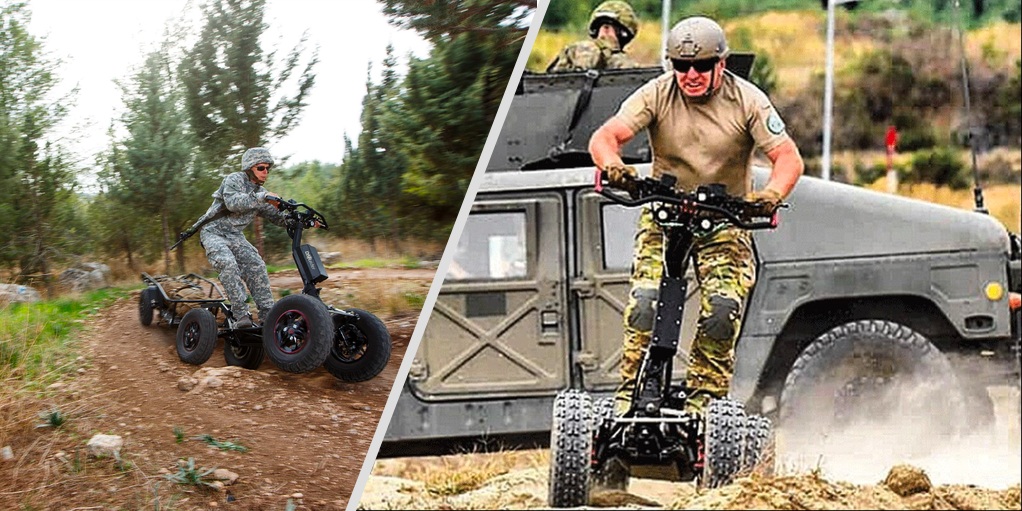 The popularity of electric scooters is beginning to permeate into ever more interesting areas of transportation. The latest development has seen the US Army testing out a unique four-wheeled electric scooter known as the EZRaider.

The US Army uses the AEWE to conduct a series of war games and mock battles designed to give soldiers the opportunity to test out new and experimental equipment.

While the usual suspects such as weapons and robotics will be among the dozens of new devices tested in the field, this year sees an interesting entrant in the mobility category: The EZRaider four-wheeled electric scooter.

The EZRaider is unique in the electric mobility space, combining the riding position of a jet ski with the stability of an ATV.

It features patent-pending long travel suspension that allows each wheel to move independently both vertically and horizontally. The device’s tall handlebars provide extra stability while its off-road tires offer traction in varied terrain. The electric drive allows it to operate much quieter than gas-powered ATVs, which can be a significant advantage for tactical situations.

The EZRaider is available in a large number of variations, with power ranging from 2.4 kW up to 18 kW, and battery capacity ranging from 1.7 to 3 kWh. Options are available for either rear-wheel drive or all-wheel drive. 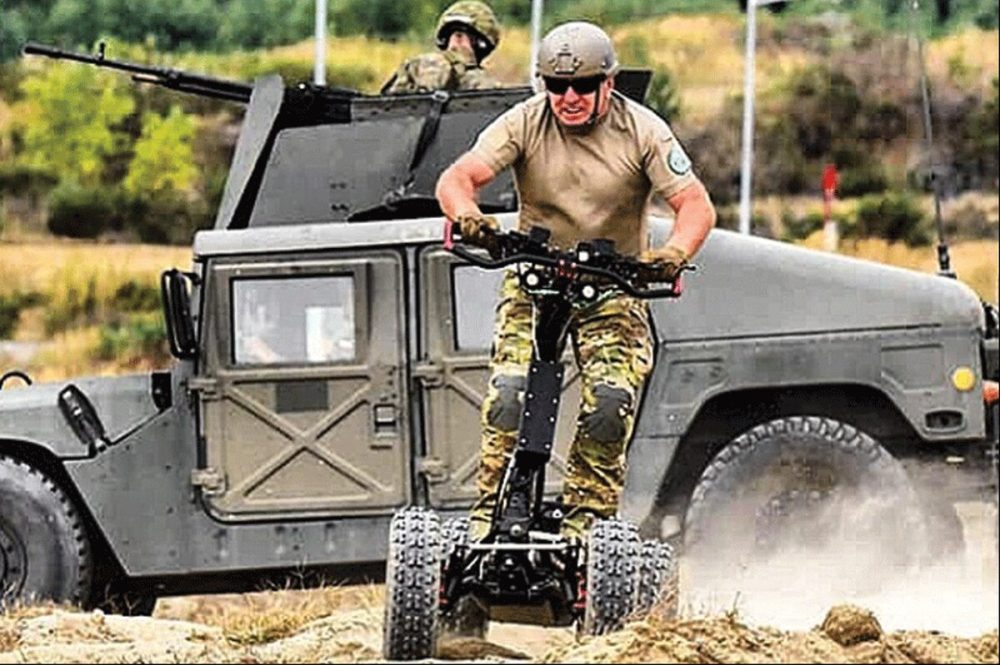 The EZRaider is designed to carry up to 200 kg (440 lb) in its most rugged model. It can also pull a specially-designed trailer for casualty or equipment transport, according to Army Times.

The EZRaider has previously been purchased for use by other militaries and police units around the world including with US Special Forces, the Dutch Armed Forces and Israeli Police and Border Guard, among others.

Civilian models are also available and have been used by adventure companies and for group tours to provide a unique experience unlike that of traditional Segway or e-bike tours.

Now this is one that I have to try. It looks like a blast!

And while I initially had my reservations about how well something like this could work, seeing videos of it in action prove that a trained rider can conquer some serious terrain with these things.

Of course these are obviously specialized vehicles and aren’t going to replace motorbikes or ATVs entirely. But for soldiers that are inserted into rough terrain and need to haul significant gear, I can certainly see the potential. It can carry two passengers, haul a ton of weight, has a fairly narrow track, makes no engine noise and has fewer parts to break or require maintenance.

I served in the military and I can remember a few marches on terrain that I would have much rather rolled over than walked over, if given the option.

That being said, there is of course a somewhat limited use case for a vehicle like this. An electric dirt bike would be better for traveling at higher speeds or over long distances, but wouldn’t necessarily offer the same low speed stability.

An electric ATV would give better stability, but would be a much larger vehicle that could hamper mobility more than help, in certain cases. In contrast, the EZRaider could be fairly easily lifted and repositioned by hand if necessary.

Despite having somewhat limited use, I can certainly see it being the best option in certain cases, and that’s probably why the US Army is interested in having it as one more arrow in its quiver.