There’s something beautiful about watching an electric dirt bike fly through the air in a pristine forest, disturbing nothing but a bit of dirt.

And thanks to Chris Northover and his OSET 24.0 Racing electric bike, we get to experience it for a second time.

Chris and OSET’s last video saw the electric trials bike exploring a rugged countryside while riding up and down rolling hills. It showed off how well the electric bike mixed with nature instead of destroying it.

And now the pair are back, this time exploring Caehopkin Forest in South Wales. The area is popular with mountain bikers and features some ancient spoil heaps from long abandoned mining operations. The whole area shows how nature reclaims itself even after man’s disturbances.

What better place to show off how little disturbance an electric dirt bike creates?

One of my favorite aspects of these kinds of demonstrations is just how little impact electric bikes leave on the land.

Without the pollution (whether sound or exhaust) that is inherent in gas bikes, a pair of tire tracks are the only way to know an electric bike like this was ever there.

And as a new generation of young riders get started on electric dirt bikes instead of gas, you have to wonder how long it will be before gas-powered dirt bikes become relics. 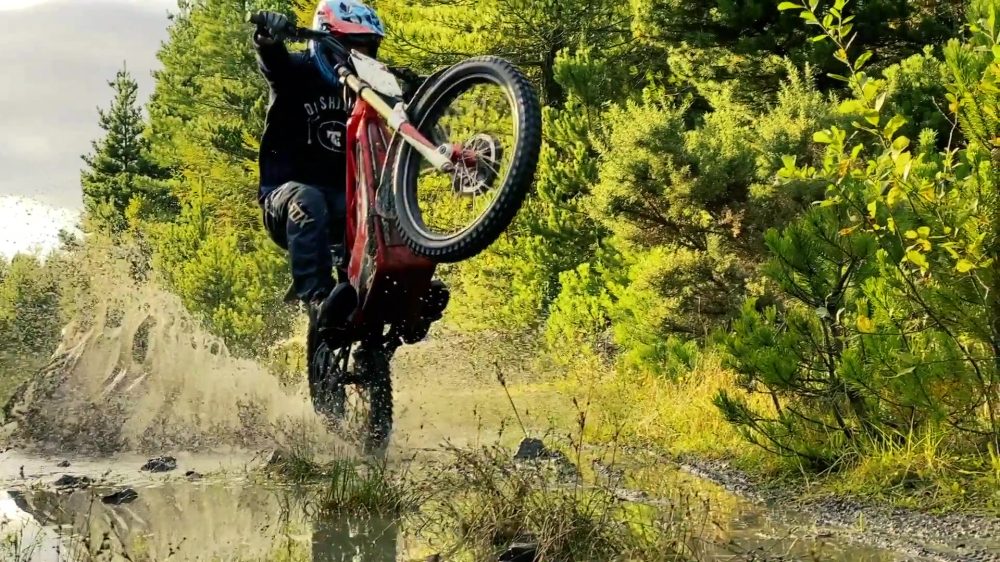 As rider Chris Northover explained in a statement to Electrek:

For me, motorcycles started with an engine. The smell of the fuel. The smell of the exhaust. To learning to kickstart my first bike. Now electric bikes have come along, and we’ve lost some of those smells and those sounds, but we haven’t lost any of the experience.

It’s great to have riders of Chris’ caliber seeing that the future is definitely electric and promoting the greener side of motorcycling. I hope that by seeing just how much fun electric motorcycles are, we can continue to inspire the next generation of riders.

Heck, I’m inspired. And I’m still cleaning the dirt off my gear after getting back from bombing my own beautiful trails on an electric (mountain) bike!