You can watch, but more importantly listen, to Tesla’s electric ATV prototype crawling in rare footage from the launch of the Cybertruck.

At the end of the Cybertruck unveiling last month, Tesla brought on stage an electric ATV made by its design team.

The electric ATV, called Tesla Cyberquad, was mainly used to demonstrate the loading capacity of the Cybertruck, which can lower its rear suspension to accommodate easier loading of a vehicle on a ramp to the bed of the electric pickup truck.

At the time, it wasn’t clear if Tesla planned on making the electric ATV available, but CEO Elon Musk later confirmed that it will be an option for Cybertruck buyers.

He also said that Tesla is trying to bring it to the market by 2021.

There hasn’t been much footage of the electric ATV concept and Tesla hasn’t released any official images, but we have now a few new interesting videos and pictures to share.

Here’s a video of a Tesla engineer starting the electric ATV prototype on stage after the unveiling:

People familiar with ATVs have found that Tesla’s ATV shared parts with the Yamaha Raptor ATV.

Some suggested that Tesla simply changed the body panels of the Yamaha, but the automaker clearly did more than that.

Anyone familiar with ATVs knows that they make a hell of a lot of noise when starting them and even at low crawling speeds like in this video.

Yet the Tesla Cyberquad barely made a sound when the engineer started it.

We also found a picture of Simon Turac, Tesla design intern, who said he participated in the design of the Tesla Cyberquad:

Finally, here are some cool renders of the Tesla Cyberquad electric ATV by Robert Bubel (via Instagram): 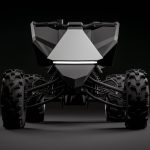 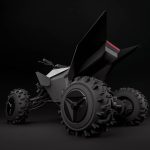 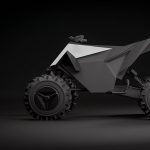 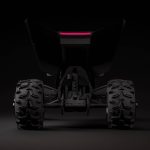 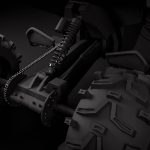