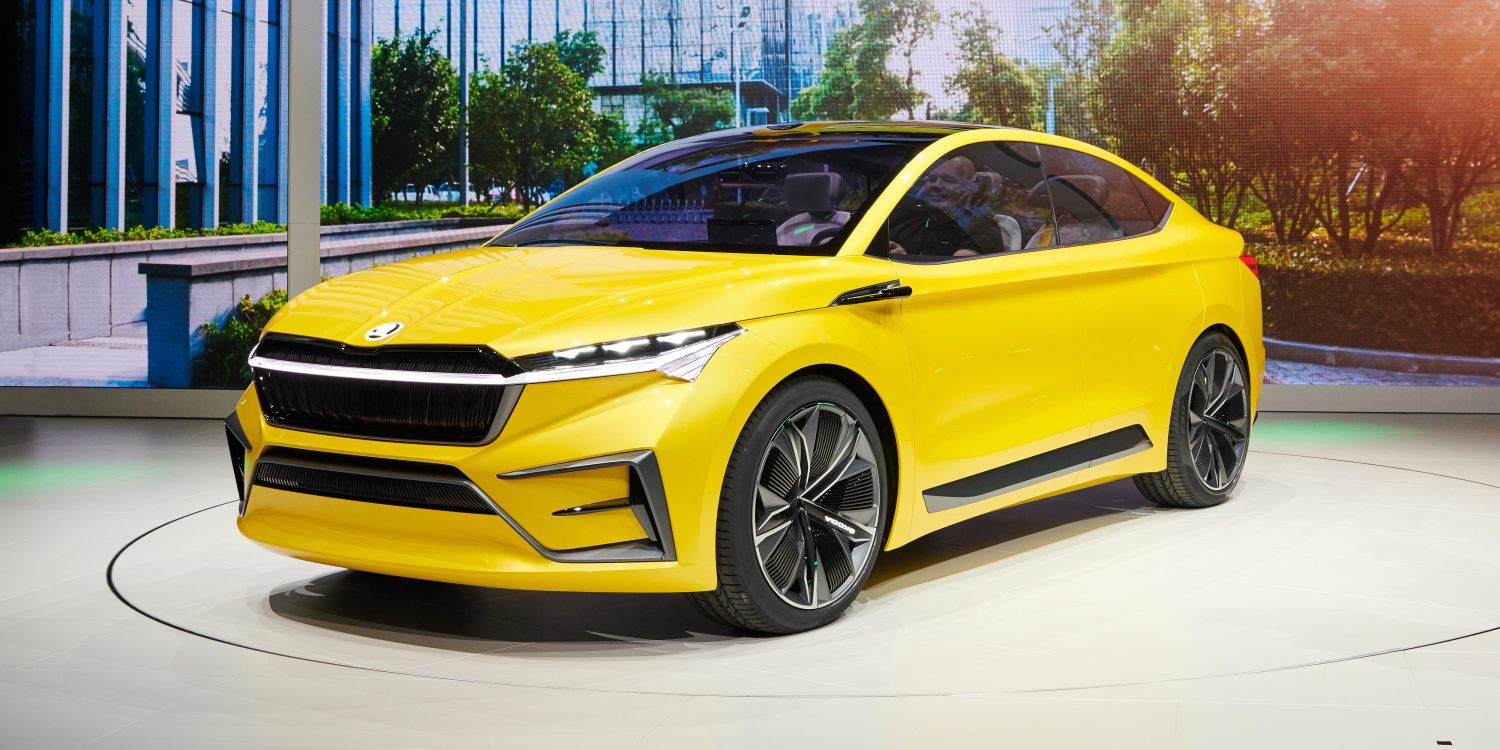 Skoda, the Czech subsidiary owned by Volkswagen, announced today that its first new purpose-built EV will be called the Enyaq. It will use the Volkswagen Group’s MEB platform, which also underpins the ID Crozz electric SUV that goes on sale in the US later this year.

Skoda is expected to offer the Enyaq with three battery-pack sizes. And there will be two body styles, starting with a relatively boxy and practical SUV. That variant goes on sale in Europe later this year.

But consumers will wait until 2021 for the coupe variant. That version will come closer in style to the coupe-like Vision iV, shown on this post. If the production version of the Enyaq coupe maintains the concept’s style — an upright profile, sloping roof, handle-less doors, and large hatch — it could be the best-looking MEB-platform vehicle to hit global roads.

I think that with our first MEB car, our SUV, you’ll see a real leap forward in our design language. Those who saw the Vision iV show car have already had a glimpse of what the car will look like — it is very dynamic with a fascinating design. There’s a leap forward in the actual driving dynamics as well.

Skoda plans to produce five electric models across different segments by 2025, starting with the Enyaq. By that time, the brand expects pure EVs and plug-in hybrids to represent 25% of its sales.

Skoda, the Czech automaker, has been a wholly owned subsidiary of the Volkswagen Group for 20 years. Skoda sells cars in about 100 countries, with total global sales of about 1.25 million — compared to the volume from Audi (another VW brand) that sells about 1.8 million vehicles per year. Skoda’s big markets are Europe, China, and Russia.

Skoda plans to launch a second electric SUV using the MEB platform, followed by a smaller, more affordable model. The brand also recently launched an electric version of its Citigo minicar, a sister model to the VW e-Up. Those cars use a previous-generation EV platform.

Skoda will build the Enyaq at its plant in Mlada Boleslav, Czech Republic, while VW’s electric Seat and Audi models and the VW ID3 will be made in Zwickau, Germany.