ŠKODA unveiled its all-electric VISION iV concept at the Geneva Motor Show, a crossover coupe based on Volkswagen’s MEB platform that “offers a look ahead at ŠKODA’s electric future.”

VISION iV’s 83kWh battery offers a maximum range of up to 500 km (311 miles) based on the WLTP standard. ŠKODA claims the battery can be charged to 80 percent of its total capacity in 30 minutes.

“The minimalist design, also highlighted by the use of cameras instead of wing mirrors or by the lack of door handles, symbolises how easy our electric cars are to use. What’s more, illuminated design features and new light technology add exciting visual touches.”

Like many concepts now, VISION iV is tech-heavy, with smartphone door unlocking and inductive smartphone charging in the center console. Interestingly, ŠKODA also says “the VISION iV can be controlled using gestures, and – thanks to intelligent speech recognition with online support – can understand entire sentences and even dialects.” VISION iV also claims Level 3 autonomous driving capabilities.

While VISION iV is a concept, ŠKODA says the car “offers a concrete preview of ŠKODA’s first production car to be based on Volkswagen Group’s MEB platform,” so what the Czech brand is planning for production may look quite similar. Here are a few more promotional images from ŠKODA: 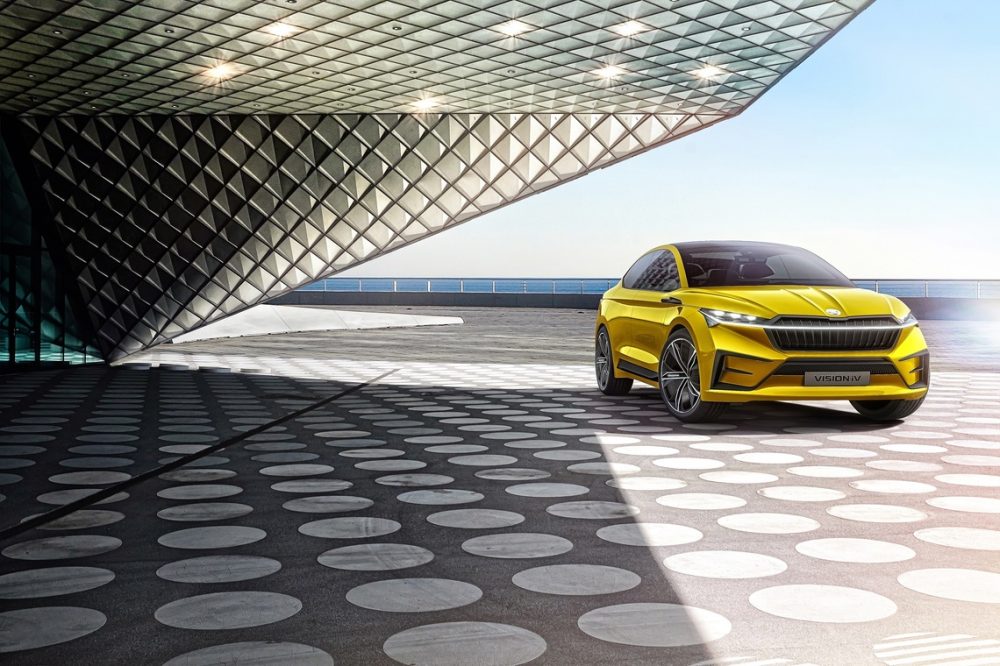 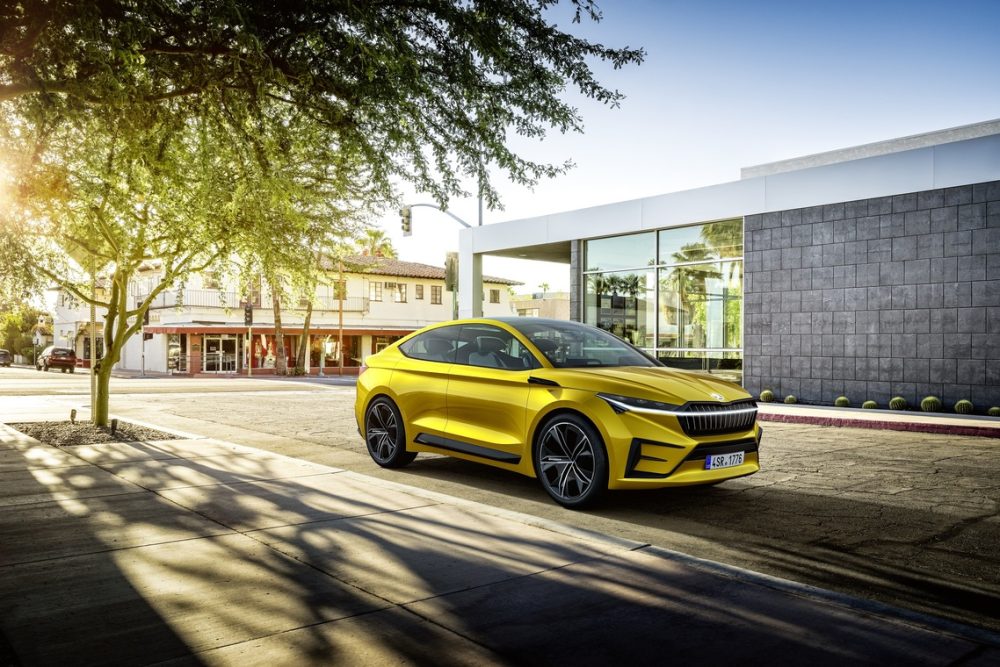 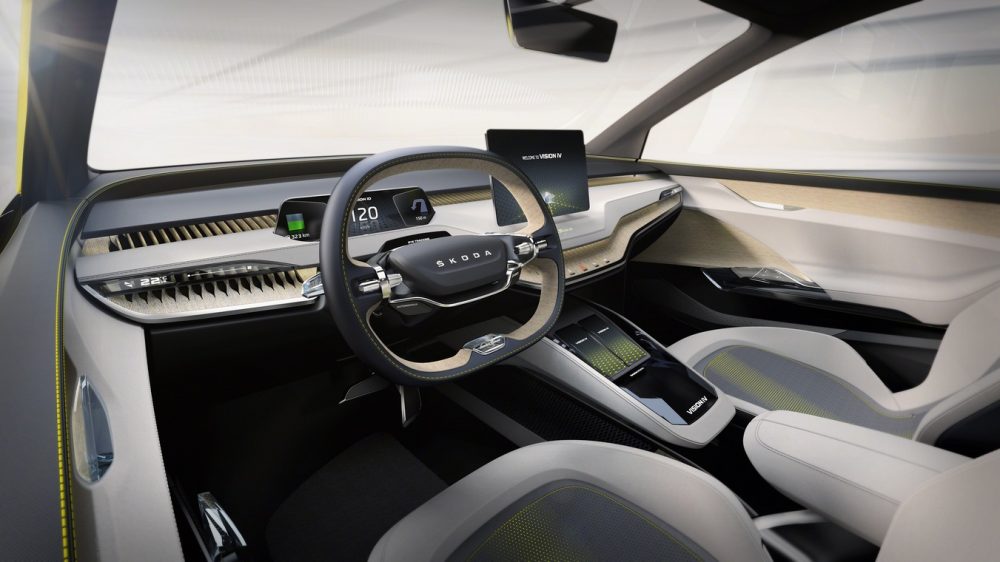 This isn’t the only MEB concept we’ve seen in recent days, as VW’s Spanish brand SEAT unveiled its el-Born all-electric hatchback based on the same platform. That car is also said to be close to a final product, with a production version coming to market as soon as 2020.

Beyond VISION iV, ŠKODA also showed off an interesting two-wheeler concept at the show.