Škoda, a Czech automaker owned by Volkswagen, has unveiled today the Citigo iV, an all-electric city car that is expected to cost less than $20,000.

The automaker, like most of Volkswagen’s other brands, has unveiled many electric vehicle concepts over the last few years, but the Citigo iV is Škoda’s first all-electric vehicle to be sold under the brand.

In a press release, Škoda describes the vehicle’s powertrain:

“As the first ŠKODA production vehicle, the four-seater city car is powered exclusively by a 61‑kW electric motor. This means the CITIGOe iV is powered not only purely by a battery, but also without generating any emissions. The 36.8‑kWh lithium‑ion battery allows for a range of up to 265 km in the WLTP cycle – meaning the CITIGOe iV is perfectly equipped for traffic in modern cities.”

The charging capacity is limited to 40 kW on a DC fast charger and it’s equipped with a 7.2 kW onboard charger. 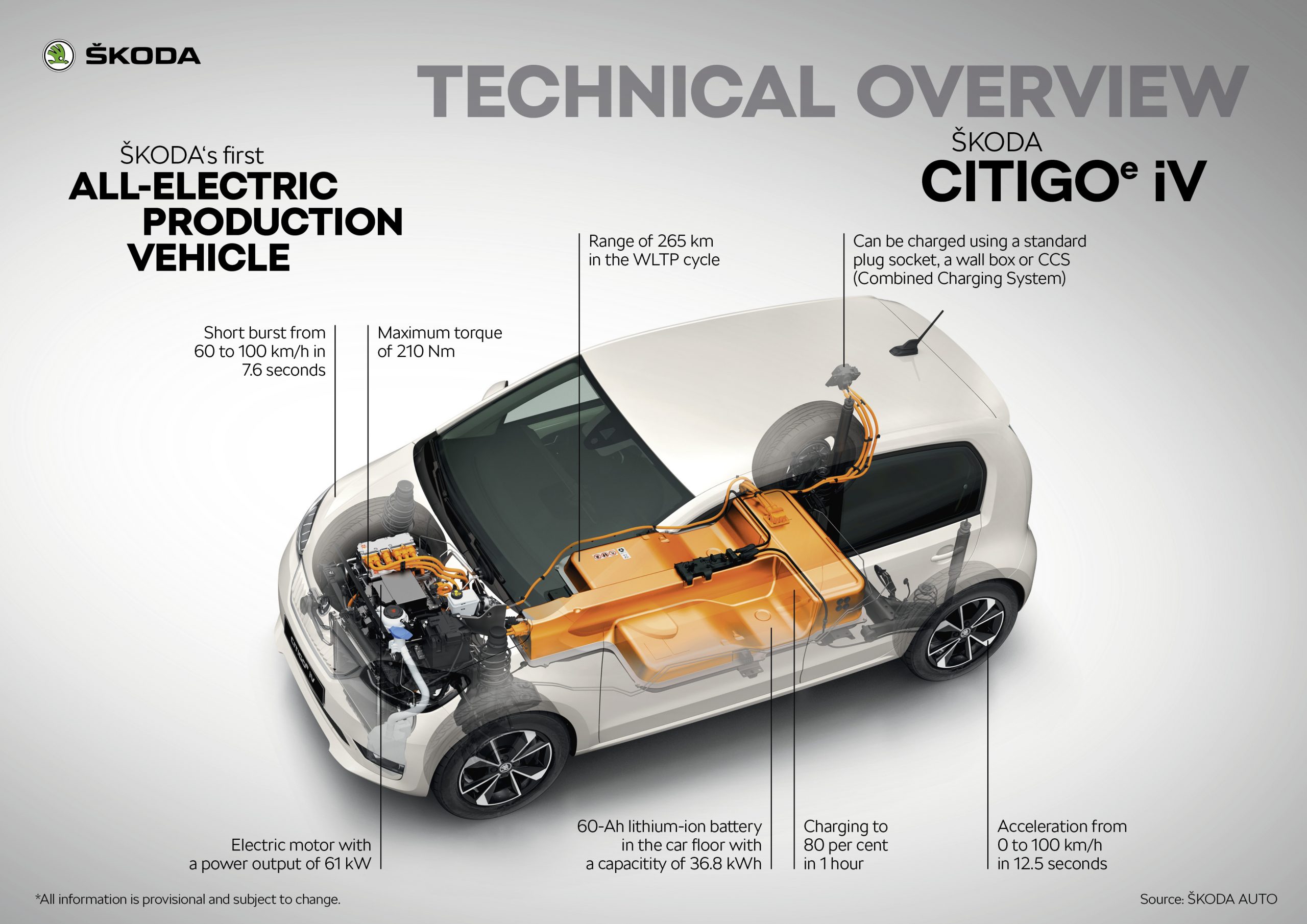 As for the design, it features a fairly standard city car design with 4 doors and a hatch.

It’s both Škoda’s first electric car and the smallest vehicle in its lineup with dimensions of just 3,597 mm long and 1,645 mm wide.

The boot offers a capacity of 250 l, which can be increased to 923 l by folding down the rear seats.

Here are some pictures of the Škoda Citigo iV released by the automaker today:

The automaker didn’t announce official pricing, but it confirmed that it will be “well below 20,000 euros” — making it a fairly affordable electric car.

Škoda confirmed that they are starting series production of the Citigo iV during the second half of the year. They didn’t confirm a production capacity.

By 2025, the Škoda brand plans to expand its range to include five purely electric cars in various segments. They will contribute to the VW Group’s plans to build 2 to 3 million all-electric cars a year and unveil 30 new models by 2025.