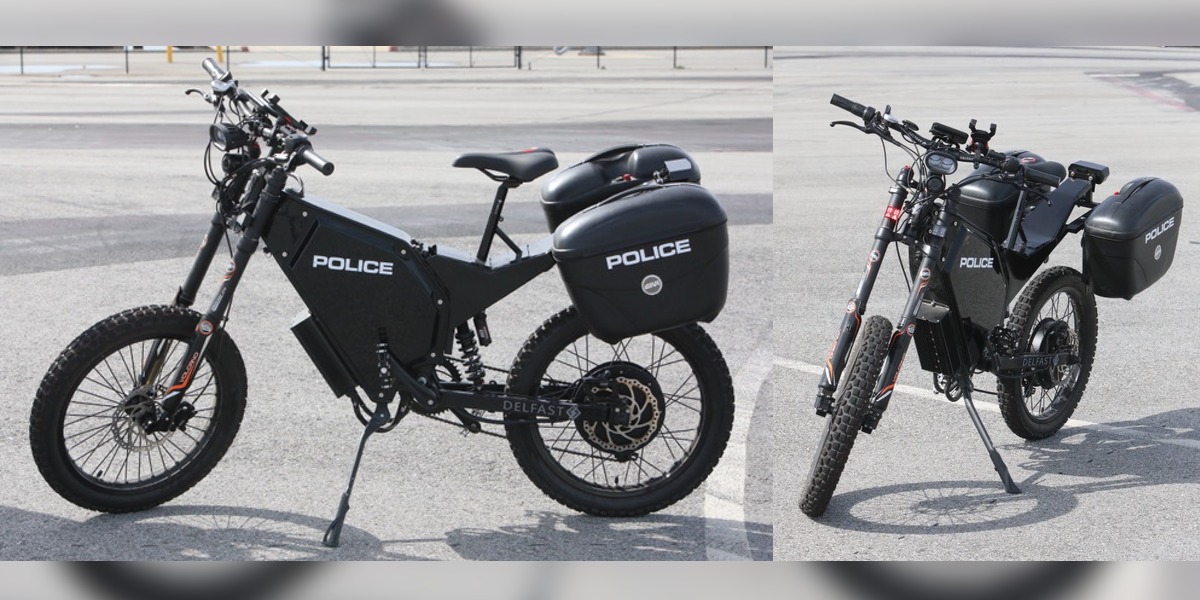 One of the more impressive models so far has been the Top Cop e-bike from Delfast.

Delfast’s Top Cop e-bike is based on the company’s consumer-level version, the Top 2.0.

That bike has a rated top speed of 50 mph (80 km/h), making it one of the fastest production electric bicycles on the market.

The bike features a 5kW rear hub motor and nearly 3.5kWh of battery providing a range of up to 174 miles (280 km). That’s almost as much battery as the entry-level Zero FXS electric motorcycle. Yet somehow stuffed into a bicycle.

Delfast claims that the Top Cop e-bike’s acceleration can “compete with most regular cars on a quarter-mile distance.” 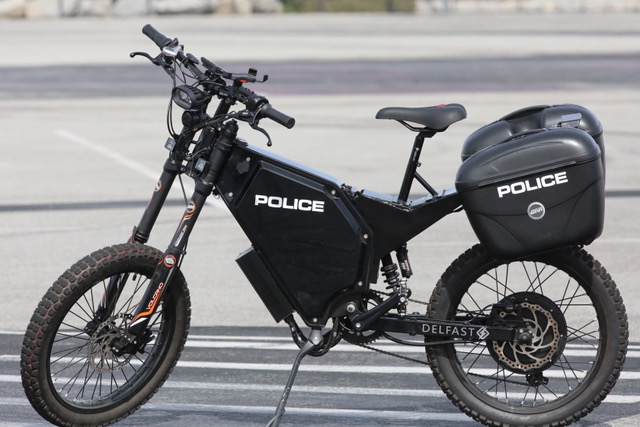 Now the Top Cop e-bikes are headed to Mexicali in Baja California, Mexico, where the local police will become just the latest police department to adopt high-powered electric bicycles for department use.

The decision was made after a presentation and review process, seen below. In a statement provided to Electrek by Delfast, the company explained how the Mexicali police plan to benefit from adding e-bikes to their patrol force:

“The local police force was using regular bicycles to patrol the downtown area of the city. First of all, they appreciated the power and range of the Delfast TopCop model that could easily cover large areas, overcome difficult terrains and are, in general, much faster. Thus, the work of the policemen may be done more efficiently when compared to any other type of vehicles used by the police.

Moreover, the fact that Delfast offers ‘green’ bikes was crucial for the Mexicali police. Environmental issues are of great priority in the area with Mexicali being one of the most polluted cities in Mexico.”

While the thought of 50 mph (80 km/h) electric bicycles in the hands of private citizens does get me a bit worried at times, I can see how these would make great patrol vehicles for official use. Despite the many benefits that police-edition electric motorcycles offer to mounted police, electric motorcycles are still quite expensive.

But the Top Cop comes in at somewhere around a quarter of the cost of most police electric motorcycles (the exact price of the Top Cop police edition e-bike is not publicly known). And since these bikes can travel just about anywhere except for highways, they make great patrol vehicles for cities and even off-road areas. Granted, if a highway pursuit is necessary then this is not the vehicle to use. But I imagine 99% of police patrol duty is something other than high-speed pursuits.

I also love how much battery these things are packing. A 3.5 kWh battery on an e-bike is huge. I’ve ridden electric motorcycles with half that much battery. And while I’d call that overkill on a personal e-bike, it makes total sense on a commercial use or police patrol vehicle. These things are being ridden all day and the last thing you want to deal with is pulling over for a charge while you’re on the job.

What do you guys think? Should more police departments adopt high-speed e-bikes for patrol use? Let us know in the comments below!