Exclusive: Continental CTO on why EVs are a legit revolution

Dirk Abendroth, the chief technology officer for tier-one supplier Continental, knows a thing or two about electric vehicles. Before joining Continental a year ago, he headed electric powertrains for the BMW i3 and i8. He also served as vice president of powertrain and autonomous driving at Byton.

Now, from his vantage point as CTO for one of the top five global auto suppliers, he told Electrek, “Electric mobility is a real revolution.” He listed the reasons why that’s true: reduced CO2, new design possibilities, and a radical shift in manufacturing.

In August 2019, just a few months after Abendroth took the CTO role at Continental, the company announced that it was making a wholesale shift in its development efforts from internal combustion to electric powertrains. Continental, and its spinoff Vitesco Technologies, provides parts and systems to nearly every major global automaker. Those parts include EV charging systems, electric axles, AC/DC converters, and battery management systems.

When Continental made the shift, Michael Harley, executive editor at Kelley Blue Book, told Wired, “It’s a wise and smart and predictable move. Nobody wants to be Polaroid.”

For starters, Abendroth believes that EVs are simply the only way to reduce CO2 emissions adequately. “You don’t have a free choice of technology,” he said. “It’s electrification.” 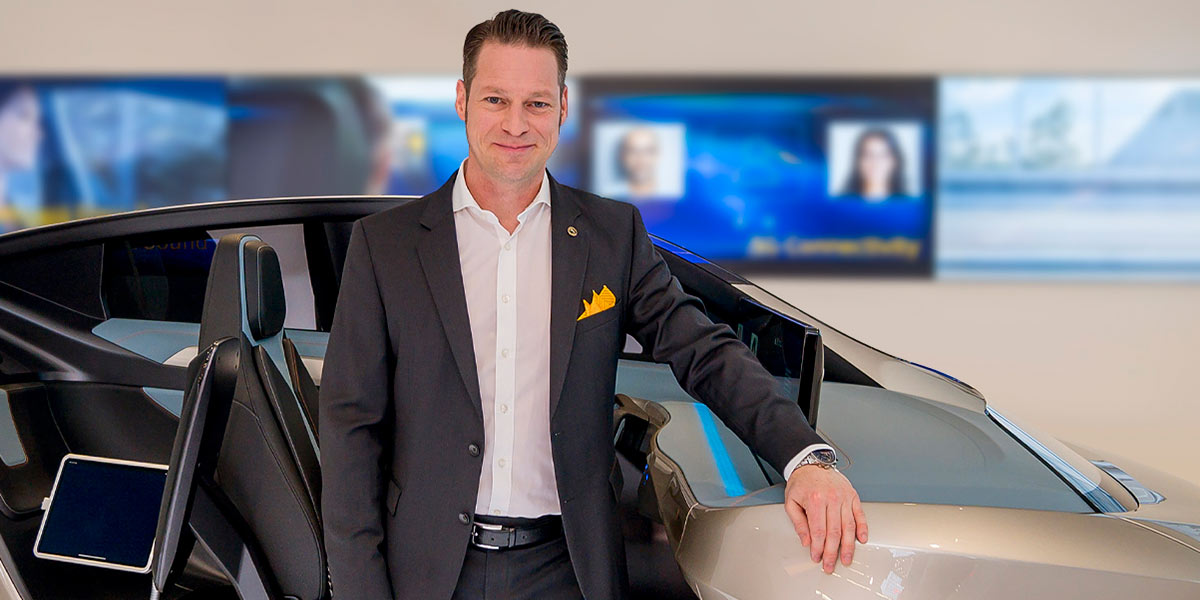 He believes that urban drivers with shorter commutes will be quicker to adopt EVs. And people driving, for example, 100 miles a day, will be slower to buy an electric vehicle. Despite those distinctions and no matter if some consumers don’t find a compelling electric option today, Abendroth still believes the revolution will happen.

When you get into the era when OEMs can’t meet the given CO2 emission-levels and thresholds, they will still need to change their portfolio into healthier technologies with fewer CO2 emissions. That’s how the game will be played.

This trend will come. And in terms of impact and cost [to the industry], it’s revolutionary.

With the shift to electric powertrains, vehicle design enters a new era of radical freedom, according to Abendroth.

Everybody has experienced a situation where you have limits on how the seats move back and forth or up and down.

If you go into electric cars, you get rid of the very fundamental problems with respect to interior design. All the different tunnels don’t exist because in an electric car, you just have a flat floor. So you can move around all the chairs wherever you want. You can even turn them around and make them swivel seats. All that is enabled by an electric powertrain.

And I could give another 10 examples about when we want to showcase that all things which are not related to the powertrain are impacted.

Finally, he believes that automakers will be making billion-dollar, once-in-a-generation investments to manufacture electric vehicles. There’s no turning back. We saw that just this week with GM’s $2.4 billion investment in its Detroit-Hamtramck plant, which will only produce EVs.

The revolution comes when you take all [the changes in electric powertrains and related vehicle design] into consideration for manufacturing. The manufacturing line of a purely electric car looks completely different than those on combustion-engine platforms.