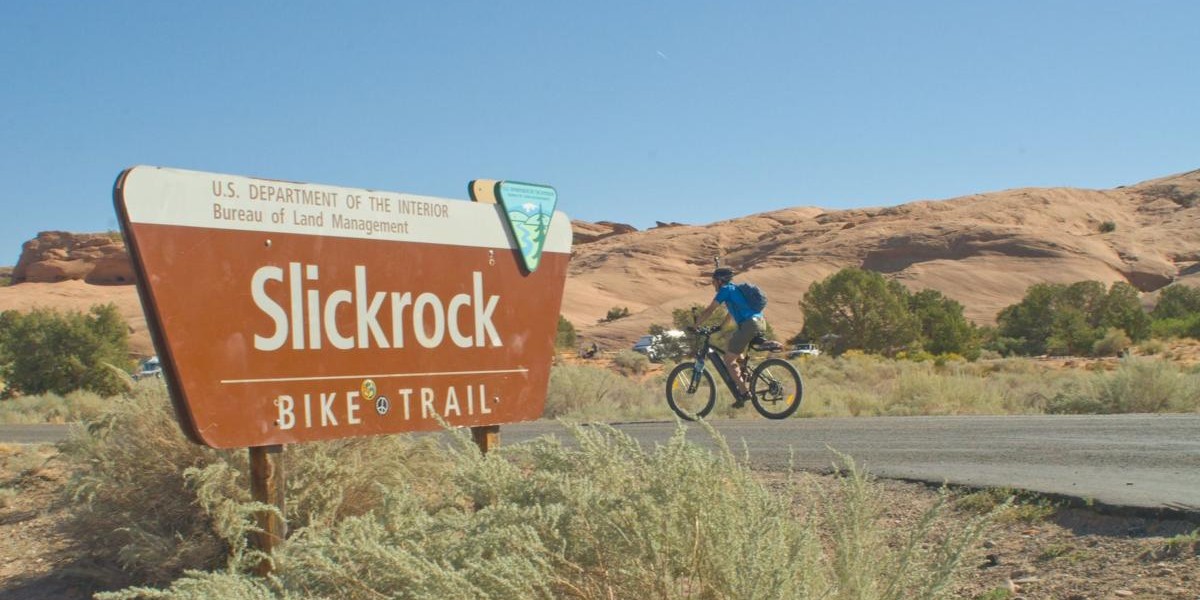 The Bureau of Land Management (BLM) has proposed leasing two-thirds of Slickrock for oil and gas drilling, even though it has very low potential to produce.

Under a plan to be opened for public comment on February 20, the agency would auction two parcels on Sand Flats, one of which is barely a mile form Arches National Park, and five others in Grand County.

The June offerings are puny, covering about 5,000 acres. Yet they will likely court controversy — as was the case a few years ago, when the BLM proposed offering parcels for leasing near Zion National Park. It withdrew those patches after taking heat from Utah Governor Gary Herbert and Washington County leaders.

Puny or not, the fact that the BLM would even propose this is ludicrous. Oil prices are down because there is a strong supply of oil — Donald Trump likes to announce that on a regular basis at his rallies — so why would you destroy any of the unique natural beauty in this gorgeous part of Utah that so many e-bike and non-e-bike enthusiasts enjoy?

The Slickrock Trail celebrated its 50th anniversary in September 2019.

To really get a sense of the beauty of the Slickrock trail, and what’s at stake for drilling for a fossil fuel that no one needs, watch this video: