The Ford Mustang Mach-E didn’t steal the show at the Washington Auto Show, it was the show. Pictures below.

GM had the floor space up front by the entrance, and the 2020 Chevy Bolt was the first on display. 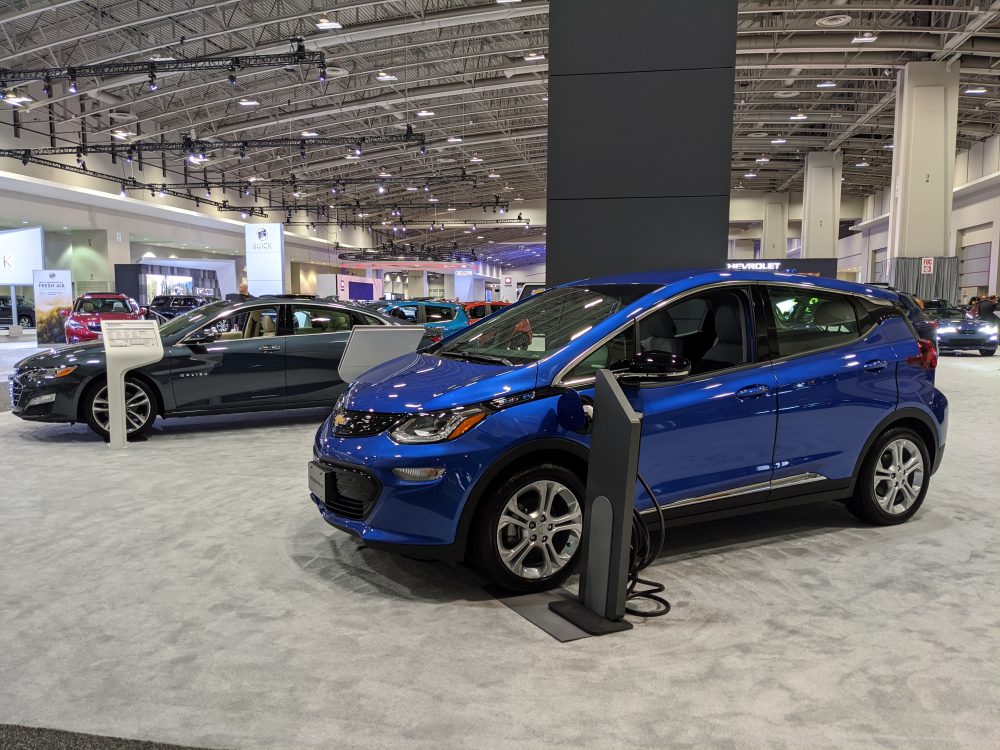 Electrek staff debated whether it was a good idea to show off EVs while they’re plugged in to a dedicated, hardwired EVSE, as shown above. Pro: It grabs peoples’ attention, lets them know that this isn’t just a compact car they’re almost certainly uninterested in. Con: Most people who see this don’t know anything about EVs, and this picture perpetuates the false perception that if you don’t have regular access to one of these dedicated plugs, you can’t use the car. This writer would prefer they put up a mannequin holding the portable EVSE with the regular plug up high, showing off that you can fuel up anywhere.

Volkswagen: Nothing to see here, folks

Electrek participated in an EV press tour, but Volkswagen had nothing to show. 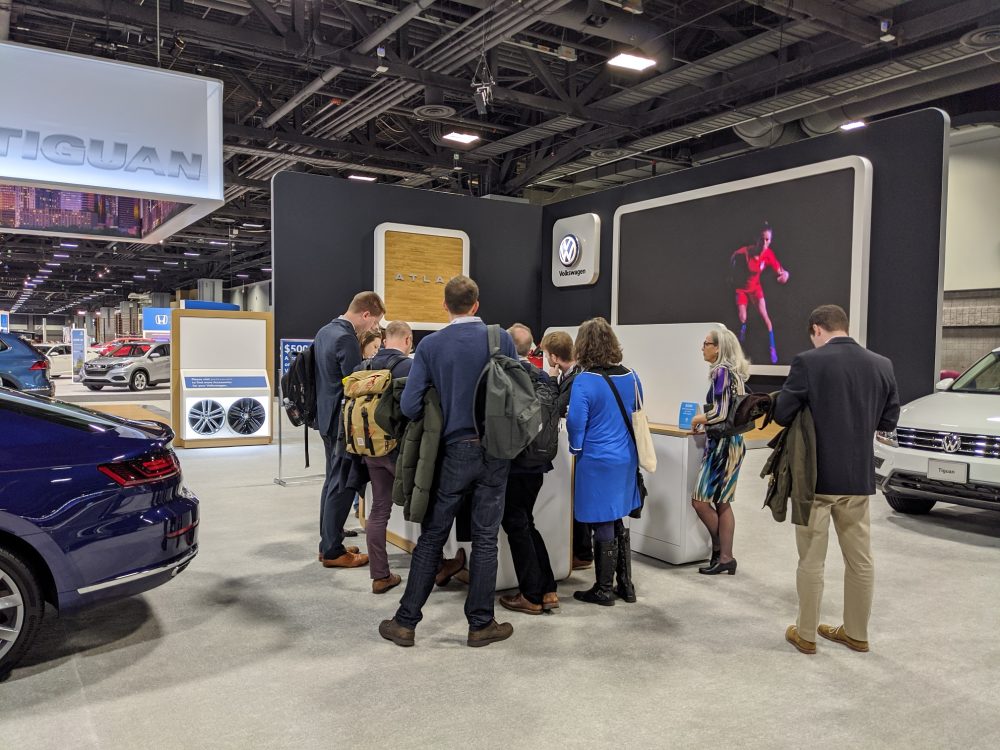 Ford Mustang Mach-E gets all the attention

The Ford Mustang Mach-E, GT version, pictured below, deservedly got all the attention throughout the Washington Auto Show’s media day morning. 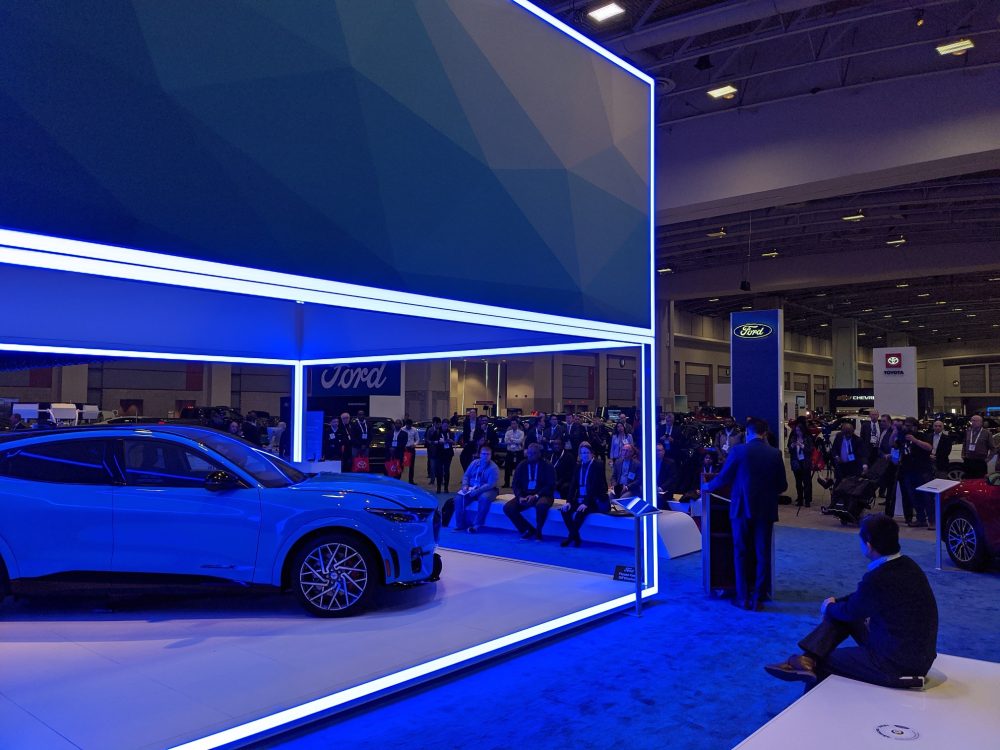 Here’s the Ford Mustang Mach-E’s trunk space, lots of depth, looks good. But what if you want to sleep back there? Check out those two latches we circled in yellow: 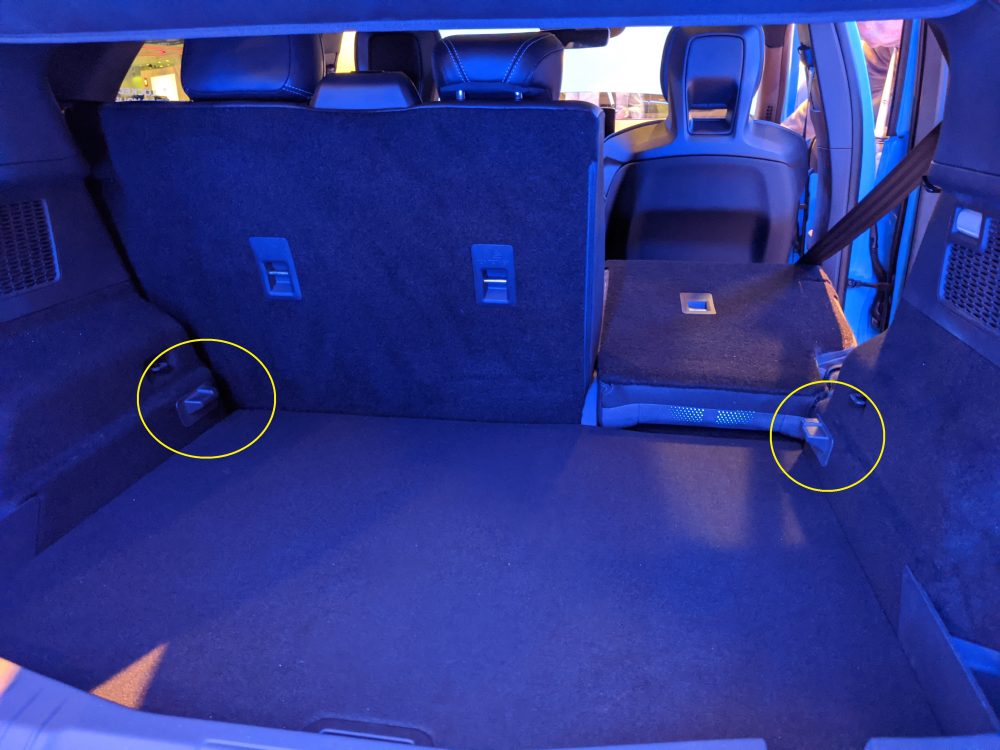 The latches can be used to lift up the liner and make it nearly flat: 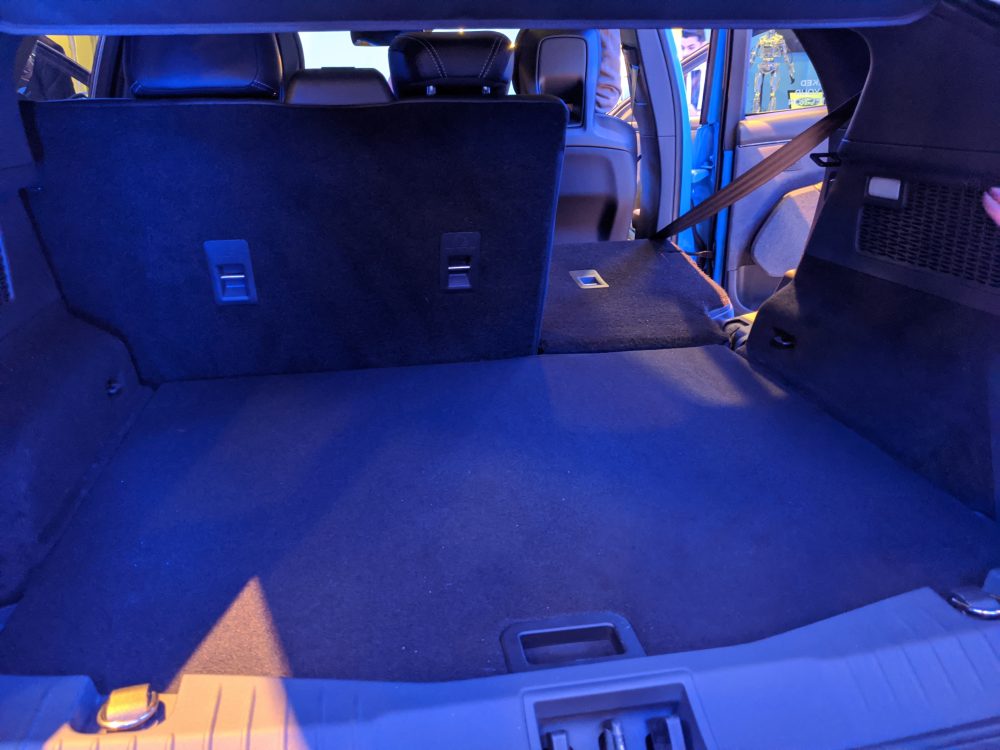 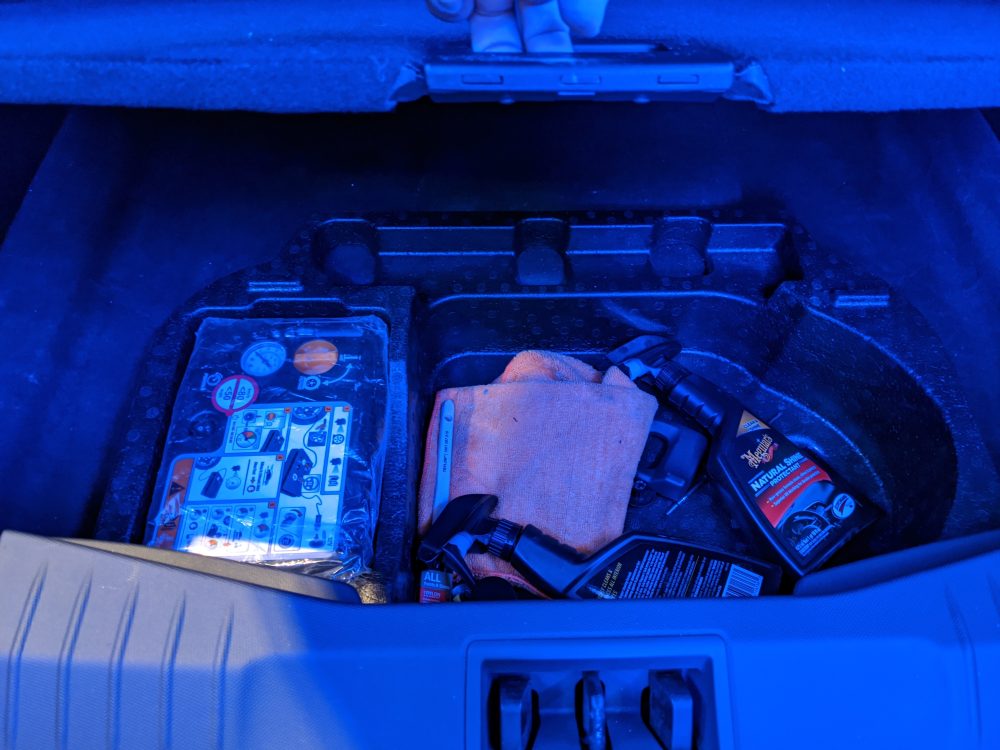 Unfortunately, they didn’t have one of their standard portable EVSEs on hand. Electrek was the first to detail the Mustang Mach-E’s portable charger.

Here’s a video of the trunk opening:

Here’s the front console area. The user interface isn’t ready for prime time yet, so no demos were allowed of the menu navigation. 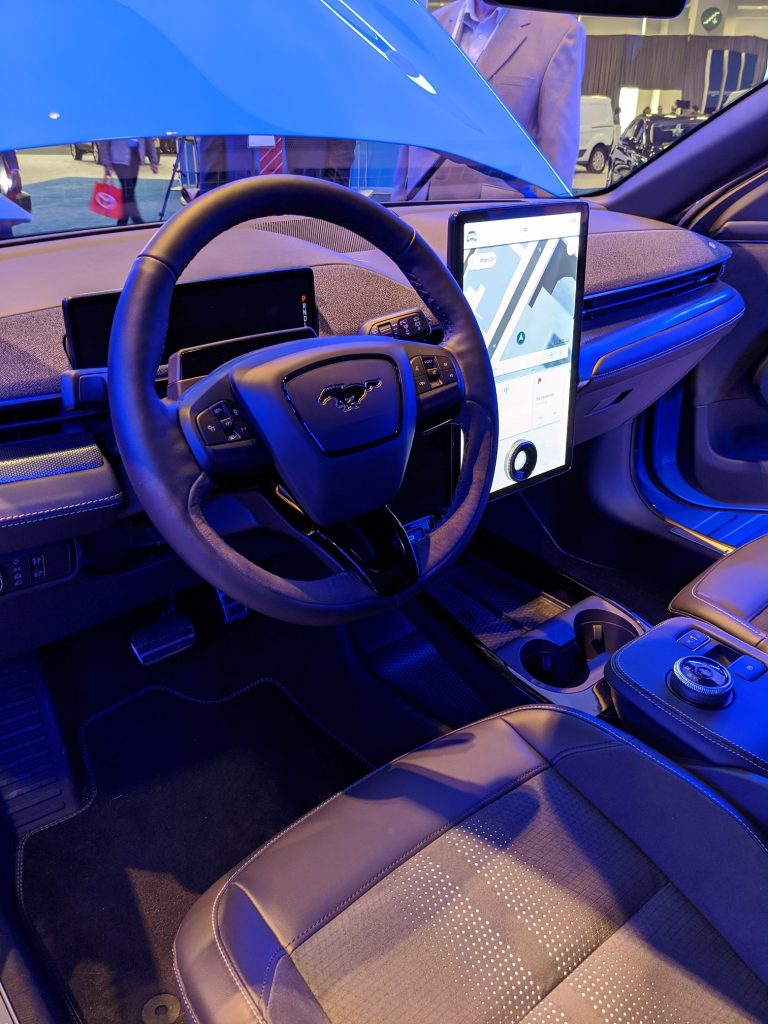 The passenger side view, notice the USB-C in the center console: 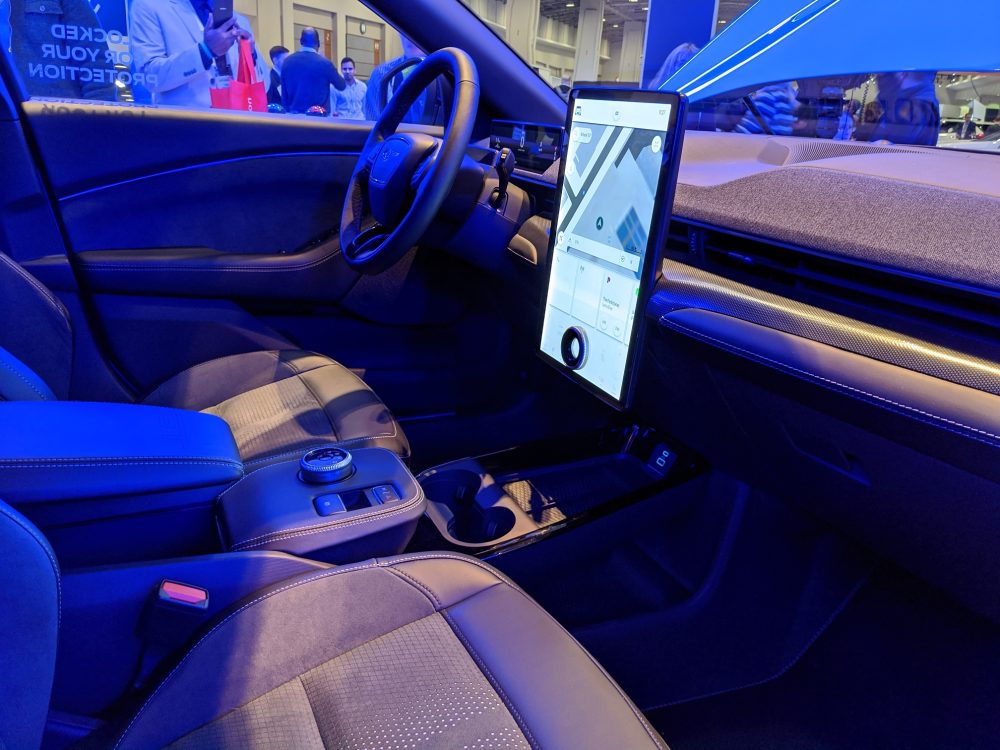 Still offering tactile controls, but keeping them a bit out of sight, I like this approach: 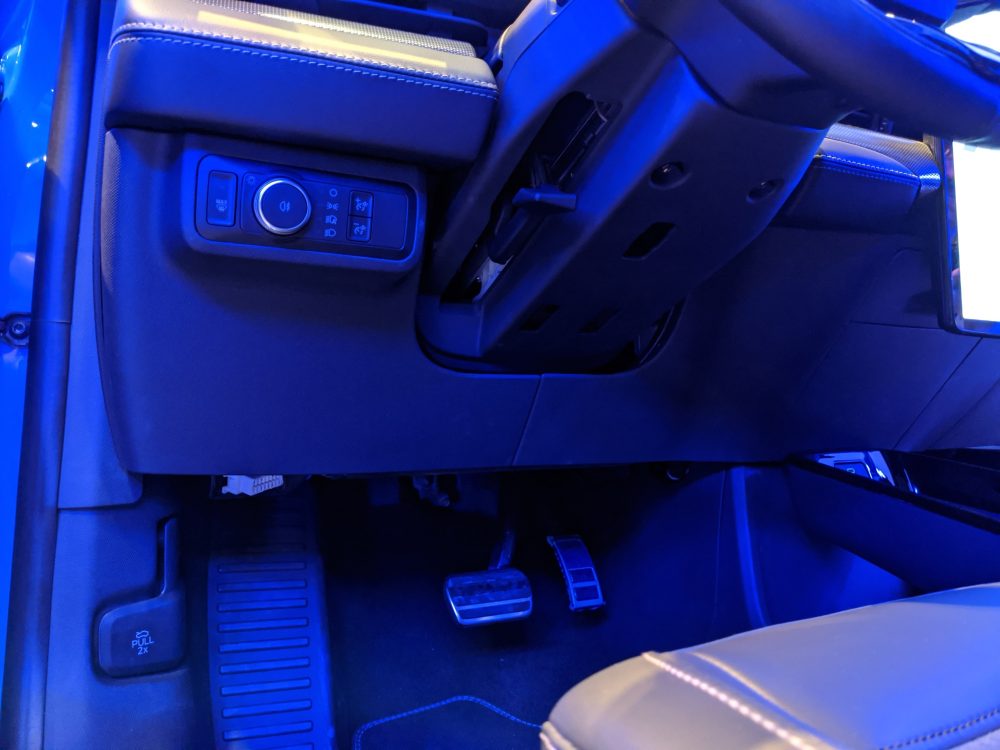 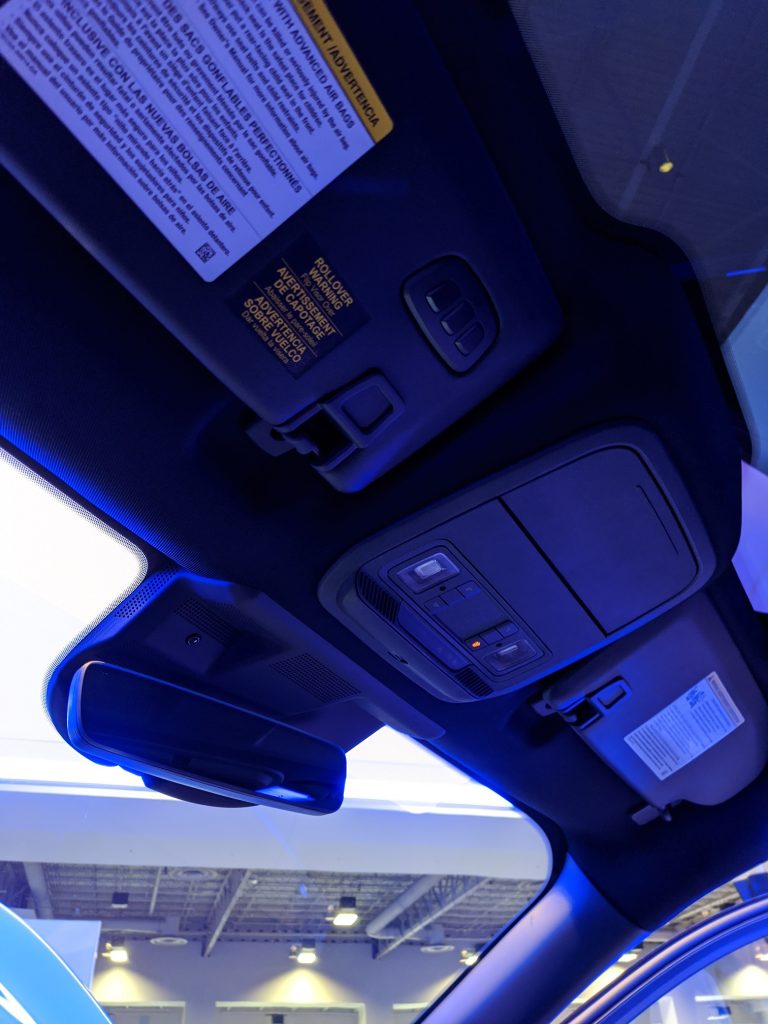 My only slight criticism that’ll maybe mostly make sense just to Model 3 owners: There’s too many “P”s going on here: 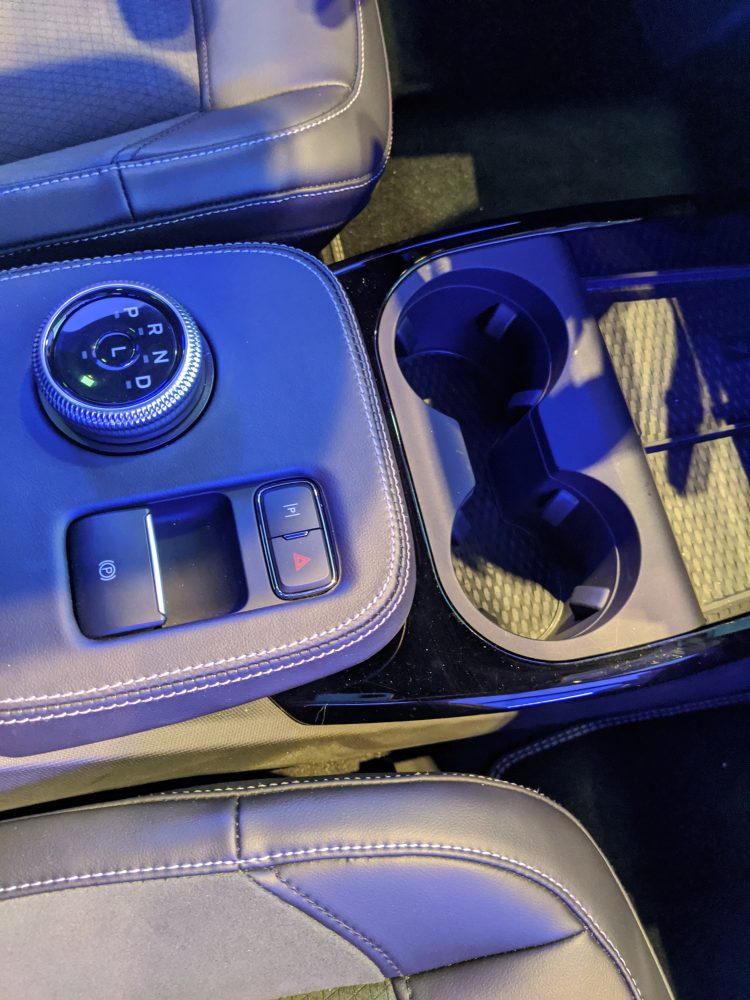 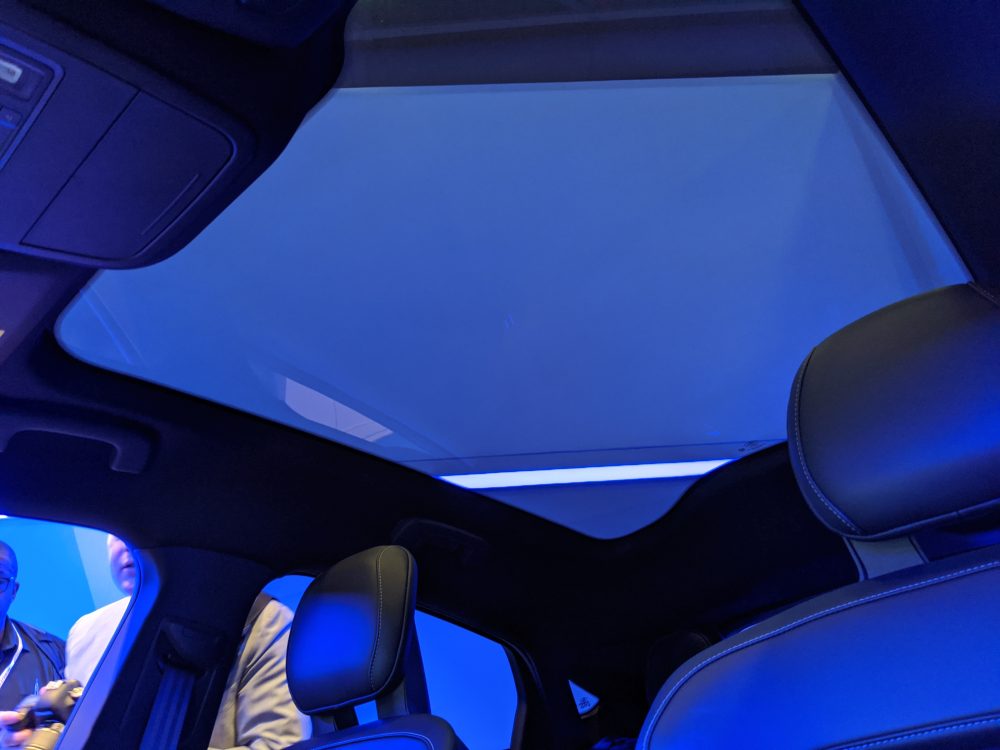 The view looking back: 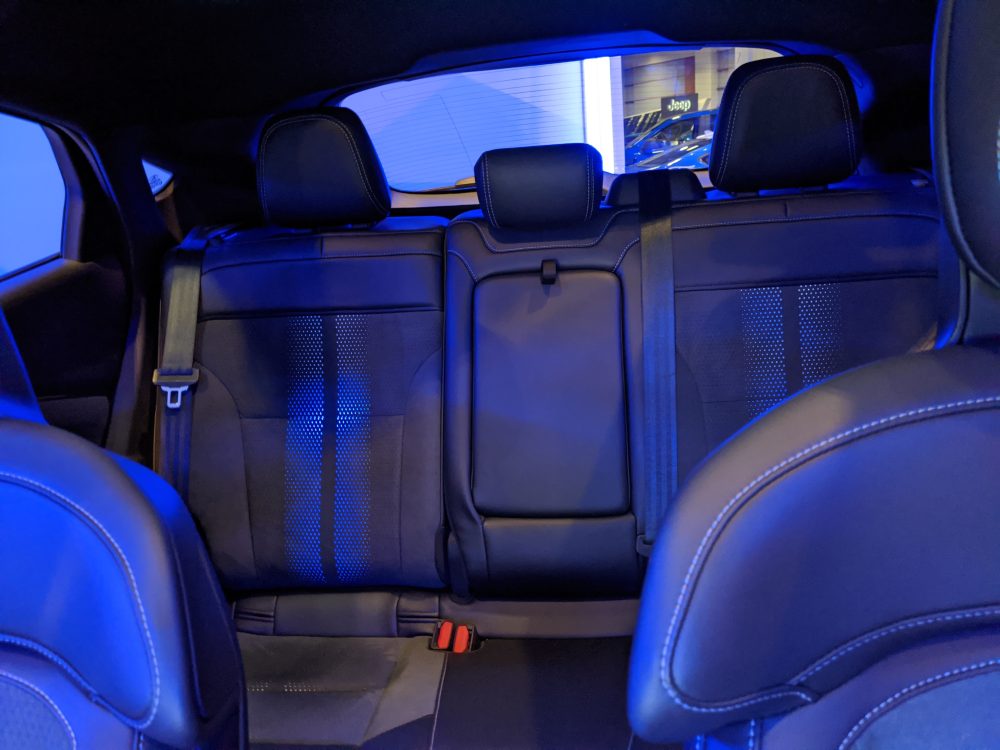 The Ford Mustang Mach-E frunk is really cool. As a Tesla Model 3 owner, I am straight-up jealous of this frunk, which doubles as a cooler. Notice the drain in the middle of the bottom: You can just fill this frunk with ice to go frunk-gating: 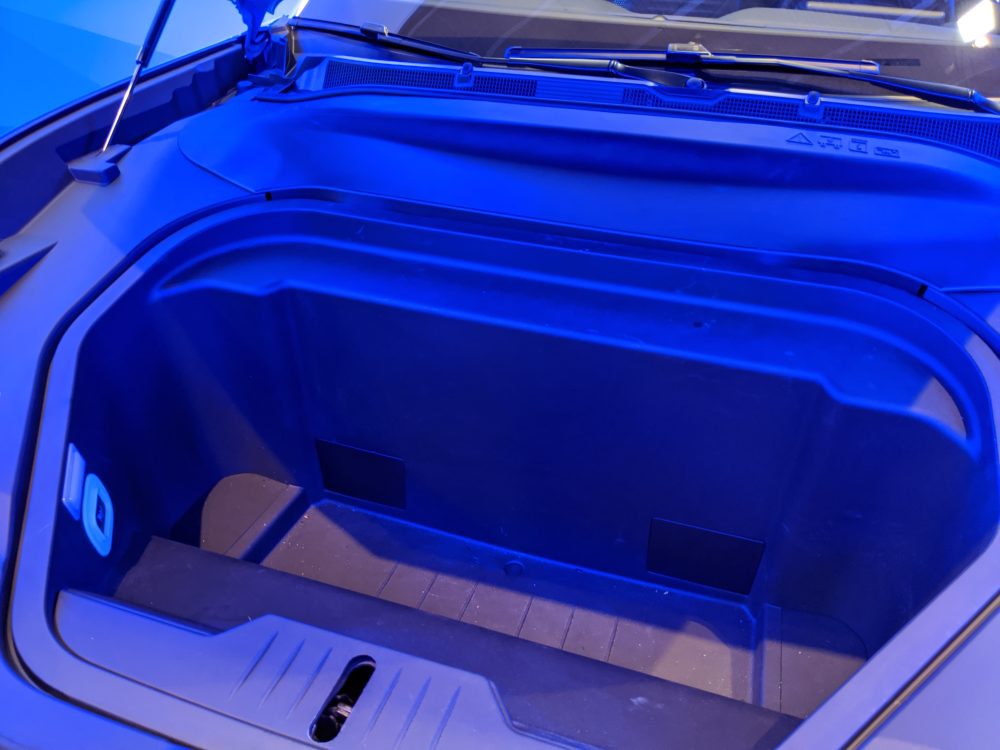 The Ford Mustang Mach-E door handle. Just like with Tesla, your phone is your key, so it’ll be unlocked automatically: 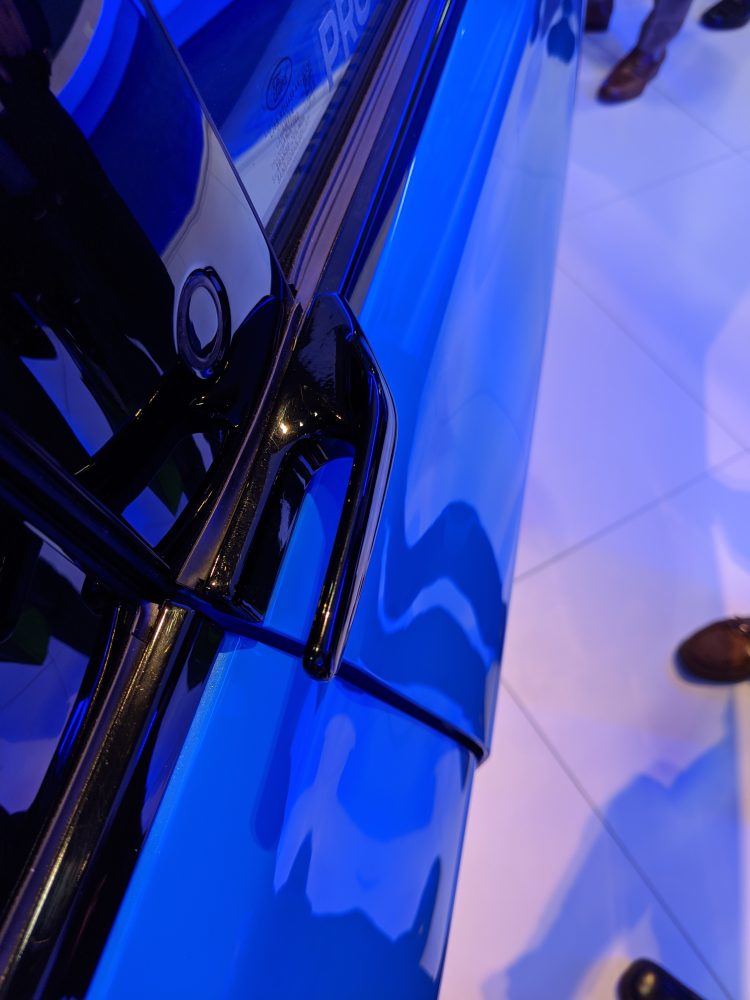 My first viewing did not disappoint at all. I’m even more excited for the Mach-E now, I think it’s gorgeous. But we still need to get some hands-on time with the user interface software. And of course, we pray that Ford is working with EV charging networks to ensure that Mach-E drivers have a flawless experience each time they need a DC fast charge.

The other takeaway that was almost awkwardly apparent was that Ford and Tesla are the only OEMs with an exciting offering to show off (Tesla is not part of the Washington Auto Show). I didn’t see any media bother to take even a second glance at any other vehicle at the show. Toyota’s centerpiece was its hydrogen-fueled Mirai. No one I spoke with cared, nor did I see any media approach their exhibit, despite it being a novelty on the East Coast.